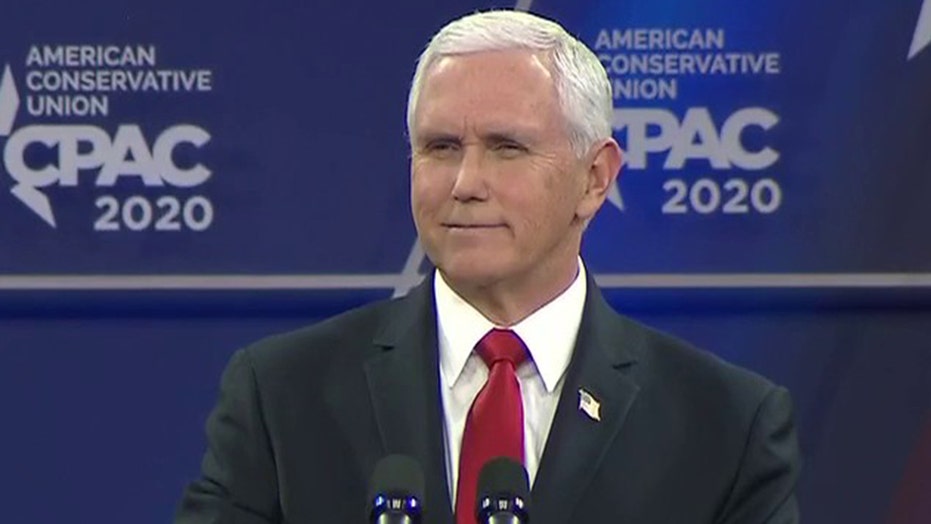 Pence addresses coronavirus at CPAC: This is not the time for partisanship

Vice President Mike Pence promises the White House will work with leaders in both parties and across the nation to put the health and safety of America first during his address to the Conservative Political Action Conference.

Religious intolerance comes in many forms and manifests in degrees large and small, but the left’s response to President Trump’s appointment of Vice President Mike Pence to lead the nation’s handling of the coronavirus is the latest serving of demagoguery against people of faith.

“He’s got a certain talent for this,” Trump said.

Rep. Alexandria Ocasio-Cortez, D-N.Y., a reliable critic of the administration and all things conservative, served up early objection, falsely stating, “Mike Pence literally does not believe in science. It is utterly irresponsible to put him in charge of US coronavirus response as the world sits on the cusp of a pandemic.”

The Democrat congresswoman is just wrong. Of course, Mr. Pence believes in science and, in fact, his belief in science helps to inform his policy positions.

Other critics quickly pounced, blaming Pence for an HIV outbreak in the Hoosier state during his gubernatorial tenure. At the time, there were those who favored a needle exchange program to combat the virus, suggesting such a plan would reduce the spread of infection. Mr. Pence objected, stating, “I don’t believe effective anti-drug policy involves handing out drug paraphernalia.”

To say an objection to handing out needles to drug dealers is anti-science is foolish in the extreme.

But opponents of Mr. Pence’s newly announced role to help combat the coronavirus are even raising objections that predate his time in Indiana’s governor’s mansion. As a congressman in 2011, Vice President Pence voted to cut funding to Planned Parenthood, a move that abortion advocates claim caused abortion clinics in Indiana to close, thus preventing women from receiving HIV screenings. 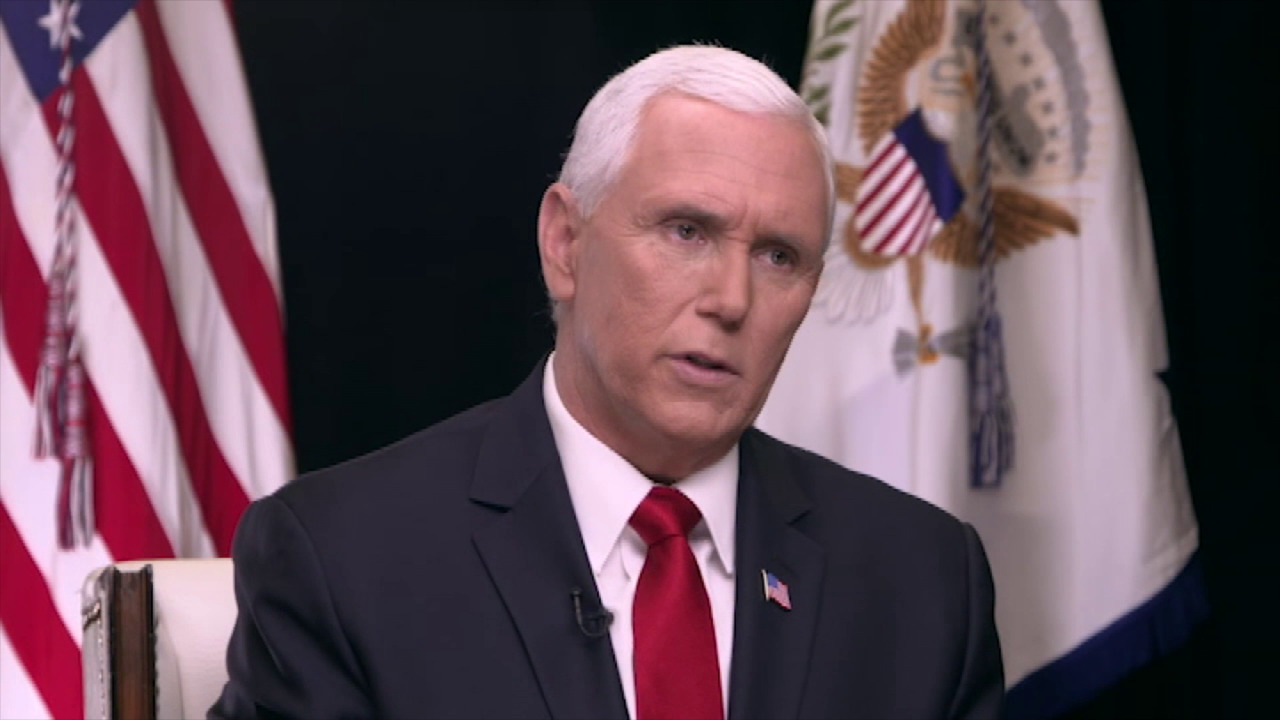 Such a dubious claim is impossible to verify, especially since Planned Parenthood isn’t the only facility to provide screening services.

ABC’s late-night comedian Jimmy Kimmel also piled on, sarcastically quipping, “Why is Mike Pence in charge? What is his plan to stop the virus? Abstinence?”

Others even criticized Mr. Pence’s call for prayer during the HIV outbreak in Indiana.

At the root of all these scurrilous charges against Vice President Pence is a deep-seated religious intolerance and a sad desire to politicize a very serious situation.

It’s true that throughout his long and honorable career in public service, Mr. Pence has allowed his faith to inform his perspective and shape his actions. What’s interesting, though, is that the same people who criticize him for doing so raise no objections when people on the left do.

Prior to running for the presidency in 2008, then-Senator Barack Obama famously declared:

“Secularists are wrong when they ask believers to leave their religion at the door before entering into the public square. Frederick Douglas, Abraham Lincoln, Williams Jennings Bryant, Dorothy Day, Martin Luther King - indeed, the majority of great reformers in American history - were not only motivated by faith but repeatedly used religious language to argue for their cause. So, to say that men and women should not inject their 'personal morality' into public policy debates is a practical absurdity. Our law is by definition a codification of morality, much of it grounded in the Judeo-Christian tradition.”

President Obama was widely applauded for correlating faith with public service -- but now that a socially conservative person is in a position of governmental authority, his faith commitments are unallowable.

Do our friends on the left not see the glaring hypocrisy?

President Trump has also been criticized for appointing Mr. Pence to lead up the virus response because the vice president doesn’t have medical credentials. Never mind that Mr. Pence immediately tapped Debbie Birx, a world-renowned expert on infectious disease.

Not only do people of faith and those with deeply held-religious convictions deserve a seat at the table -- but I would argue they’re very often the most qualified and most appropriate people to hold such roles.

That’s because in the history of global pandemics and other health emergencies, it’s very often been people of faith who have sacrificially and competently served in humanitarian relief roles. Like Vice President Pence, their faith commands them to rush in when everyone else is inclined to run out.

It would be good and appropriate for all people of faith to pray for the vice president as he steps into this critical role. He is a good man who loves our country and, regardless of where you are on the political spectrum, he deserves our support for this assignment. May we be one country with one voice, praying for containment of this deadly virus, even invoking the words of Jesus Himself who said, “Do not let your hearts be troubled and do not be afraid.”