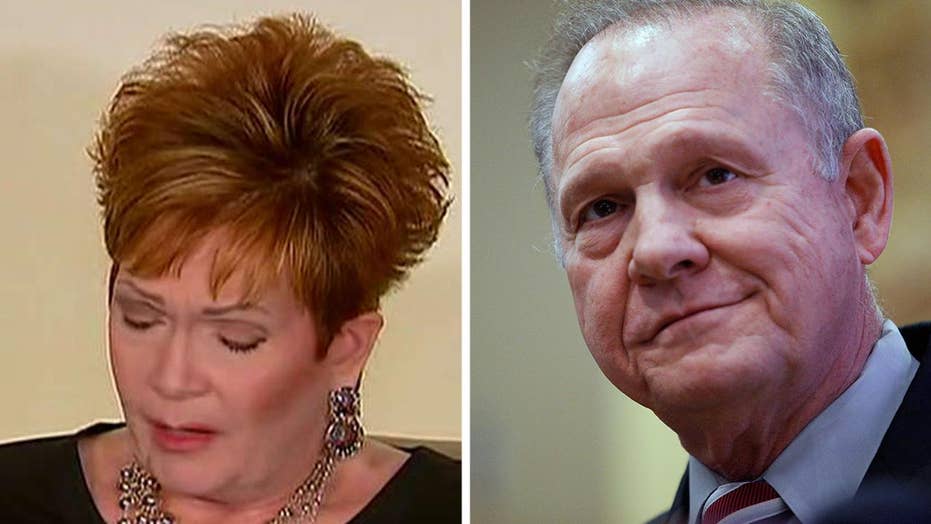 New accuser: Roy Moore assaulted me when I was a teen

You don’t have to be a cable news or Twitter junkie like me to know that Alabama Republican Senate candidate Roy Moore is in serious trouble.

The Washington Post revealed Thursday that Moore has been accused of sexual misconduct by four women, including one woman who was just 14 when the 32-year old Moore allegedly assaulted her. That’s the definition of pedophilia for those who are on the fence. And Monday we heard a statement from Beverly Young Nelson, who alleges that Moore assaulted her when she was just 16, telling her “if you tell anyone about this no one will believe you.”

The other women in the Washington Post story were in their teens so I’m hard pressed to consider the 14-year old Moore’s one big mistake. His ex-colleague said it was “common knowledge” that Moore “dated high school girls” into his 30s and would hang around high school football games and the mall. You’d think a legal mind as great as Moore would have better things to do, but I digress.

I’m sure you’ve already read a bunch of pieces on the attempt to discredit these women by using the phrase “if true” before any statement about Moore’s alleged activities. And you’ve probably seen the faux outrage over Jerry Seinfeld’s relationship with a 17-year old or my personal favorite that JFK had an affair with 19-year old Mimi Alford when he was 45.

My suggestion is that no one vote for Jerry Seinfeld if he runs for public office. As for JFK, you can also not vote for him if he somehow comes back from the dead.

Our leadership isn’t popular and it is especially unpopular in Alabama. So cancel any trips down south unless you’ve got bipartisan appeal and are named Joe Biden.

When you get into the realm of Bill Clinton’s accusers things inevitably get trickier, but the good news there is that there are no Clintons left on any ballots, including the one who never has been accused of assaulting anyone.

It looks like Alabamans are skeptical of Moore’s protestations, just like Senator Majority Leader Mitch McConnell is. He said that he believes the women and Moore should step aside.  So does the chair of the Republican Senatorial Committee, Sen. Cory Gardner, R-Colo., who says Moore should withdraw and if he doesn’t, and he wins, then the Senate should expel him.

The first two polls conducted since the allegations broke shows Democrat Doug Jones ahead by four points – a 12-point reversal in one of them.

Moore is busy furiously fundraising off this “fake news” accusation and Democrats are stepping up all over the country for Jones. Prominent Senators like Kamala Harris, Kirsten Gillibrand and Chris Murphy are all working their social channels and phones for Jones. And their followers are doing their part, raising hundreds of thousands of dollars for the insurgent campaign.

Democrats won’t stop. But I sincerely hope they will continue to back Jones from afar.

Top Democrat brass should take note: if Tuesday’s wins felt as good for you as they did for me and you’d like to be the winning team again, stay out of Alabama. Let Doug Jones do his thing on his own terms.

Our leadership isn’t popular and it is especially unpopular in Alabama. Unless Jones leads a rally chant of “lock her up,” we’re all good.

So cancel any trips down south unless you’ve got bipartisan appeal and are named Joe Biden and host a fundraiser for Jones in San Francisco, Los Angeles, New York, Chicago or just about anywhere else than Mobile.

We can totally pull this off. Just gotta let Doug be Doug. He’s been doing pretty great thus far.