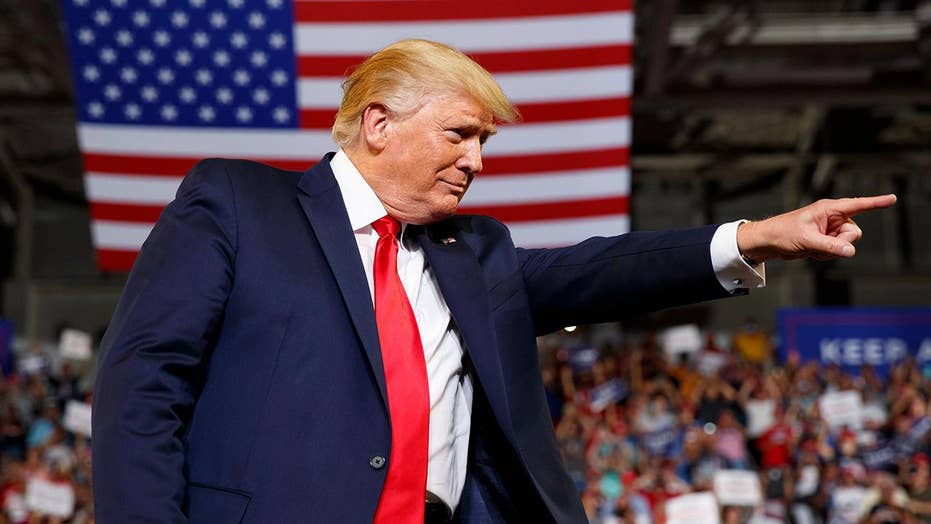 Trump has pulled 600K women out of poverty: Gina Loudon

Have women washed their hands of President Trump? There’s certainly no shortage of people who would like to think so and are speculating on how this will affect the presidential election next year.

Others have pointed to a decline in the number of women – specifically suburban women –turning out to vote in the 2018 elections.

Meanwhile, the left keeps pushing a narrative that Republicans are perversely intent on waging a “war on women.”

But while the media obsess over presidential tweets and partisan sniping, most Americans understand that elections are about ideas, not political gamesmanship. And they certainly understand that waging war on more than half the electorate is an act of political suicide that no party should pursue.

Clearly, those on the left are trying to sway these women to swing over to the Democrats, or at least to sit out the 2020 elections. That means it’s up to conservatives to win these women over with ideas and ensure they turn out in 2020.

Why the focus on female voters, then? In 2016, suburban women formed a key element of the Trump coalition. Many of these women are swing voters, and many will be unlikely to vote along party lines in 2020.

Clearly, those on the left are trying to sway these women to swing over to the Democrats, or at least to sit out the 2020 elections. That means it’s up to conservatives to win these women over with ideas and ensure they turn out in 2020.

To do that, the GOP first needs to remind women that personality shouldn’t overtake policy. It’s challenging to counter the click-driven world of news and social media. But at the end of the day, voters care about the laws and decisions that affect their lives and paychecks.

A national survey conducted this year by Heritage Action for America, where I served as vice president, found that a large plurality of suburban women think the Democratic Party has become too extreme to support.

In congressional battleground districts, the survey found that 71 percent of these women oppose a government-run health care system – the centerpiece of the left’s 2020 push.

Heritage Action’s polling also revealed that women are focused more on societal issues than their male counterparts. While men are heavily supportive of President Trump’s actions on immigration and his handling of the economy, women are more interested in health care, education, taxes and social issues.

For example, nearly two-thirds of suburban women surveyed in 2020 battleground congressional districts think middle-class taxes are too high, compared with about half of men.

National polling revealed that most suburban women nationwide are “recoiling” from many so-called “progressive” stances.  Our polling found that a large majority oppose allowing transgender biological males to play on female sports teams, and three-quarters support requiring doctors to provide care to infants who survive abortion.

The majority of women surveyed rejected a host of policy initiatives routinely advocated by Democratic candidates – from free health care for all, to free college tuition, to student loan forgiveness for the wealthy.

It’s clear that many women embrace conservative policies, but do they support Trump?

According to our national survey, 34 percent of suburban women plan to support Trump in 2020 – the same level they said they did in 2016.

While that’s not a high number, it’s hardly “recoiling.” And most women who oppose the president don’t focus on what he’s actually done in office. About 62 percent of women in our polls who disapprove of Trump said they primarily object to his character more than his policies.

That said, many women have yet to make up their minds about 2020 candidates. Ultimately, they will vote for the candidates they believe will pursue the policies that are best for their families and their country.

Conservative policies put in place since 2016 have produced many success stories, including a vibrant economy, more money in workers’ pockets, and protections for the lives of the most vulnerable. Female voters would do well to remember that conservative policies make life better for all Americans – and that is more important than a handful of tweets.

Jessica Anderson is vice president of Heritage Action for America.