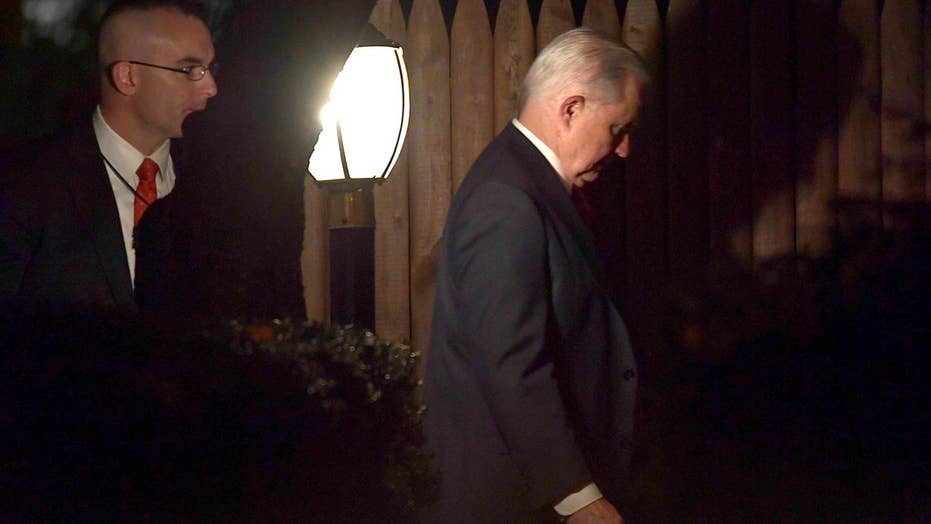 The politics of Jeff Sessions' resignation

There is no question that Attorney General Jeff Sessions – who was fired Wednesday – had a rocky relationship with President Trump, tied to Session’s recusal from the investigation of Russia’s interference in the 2016 U.S. presidential election and possible collusion with Trump campaign.

But Sessions’ firing on orders of President Trump should not diminish the fact that Sessions’ very commendable leadership over the past two years has helped restore the integrity of the Justice Department and get it back in the business of enforcing the law.

As the 84th attorney general of the United States, Sessions renewed the Justice Department’s “emphasis on fighting violent crime, illegal immigration, and the drug epidemic,” according to former Attorney General Edwin Meese.

The Obama administration had a very adversarial relationship with state and local law enforcement agencies, unfairly criticizing and taking actions against local police departments. It abused its authority far beyond the law in a way that hampered the ability of police officers to protect the public.

Jeff Sessions put the nation’s largest and most powerful law enforcement agency back on course, enforcing the law and administering justice in an impartial, objective and nonpartisan manner.

Sessions also put the power of the Justice Department behind the president’s promise to crack down on illegal immigration.

In addition, Sessions went after sanctuary cities that try to obstruct federal immigration law and successfully defended (all the way to the U.S. Supreme Court) the power of the president to safeguard the country from illegal immigrants seeking entry from terrorist safe havens.

On top of this, Sessions reinvigorated the Justice Department’s enforcement of our immigration laws. His particular emphasis on the dangers created by cities that provide sanctuaries for violent illegal immigrants was a change that should be welcomed by everyone – particularly the many American families that have been victimized by such violence.

One of the biggest scams of the Obama administration involved the Justice Department entering into settlements and non-prosecution agreements that forced defendants to agree to make large payments not to actual victims or the U.S. Treasury, but to third parties that were not involved in the prosecution.

Those third parties were often political allies of the Obama administration. The Justice Department was in essence abusing its law enforcement power to help create slush funds for left-wing advocacy organizations.

With a Republican administration in control of the Justice Department, Sessions could have used the same corrupt practice to fund conservative advocacy organizations. Instead, he took the correct, ethical action – he ordered this practice stopped entirely.

Sessions also stopped another practice the Obama administration used to avoid public (and legal) scrutiny of its policies.

Federal law requires federal agencies that implement new regulations to go through an extensive public notice process. This is very important because it provides transparency in government decision-making and gives everyone who may be affected – from individuals to corporations –the ability to review and comment on proposed regulations.

At the direction of Attorney General Sessions, the Justice Department issued a memorandum forbidding its lawyers from treating agency guidance documents as authoritative law entitled to deference when the government brings a civil enforcement action in court against private parties.

President Trump has expressed anger over the seemingly endless Russia collusion investigation being conducted by Special Counsel Robert Mueller. Mueller was appointed by Deputy Attorney General Rod Rosenstein after Sessions recused himself from the investigation because of his involvement in the Trump election campaign.

Whether Sessions needed to recuse himself is a debatable issue, with good legal arguments on both sides. Sessions took the safest route to ensure that there could be no question raised by anyone of undue or improper influence over the special counsel’s investigation. It is hard to fault him for that.

It should also be pointed out that, to date, the special counsel has still not publicly revealed any evidence of any kind showing that collusion between the Trump campaign and Russia occurred. No wonder the president is frustrated.

All in all, Sessions has done a good job as attorney general. And he did that despite the fact that, because of Senate Democrats obstructing the confirmation process, most of the Justice Department’s major divisions lack an appointed assistant attorney general to run them.

In many ways, Sessions was operating with an inadequate staff and one hand tied behind his back.

Jeff Sessions put the nation’s largest and most powerful law enforcement agency back on course, enforcing the law and administering justice in an impartial, objective and nonpartisan manner.

For that, we should all be thankful.