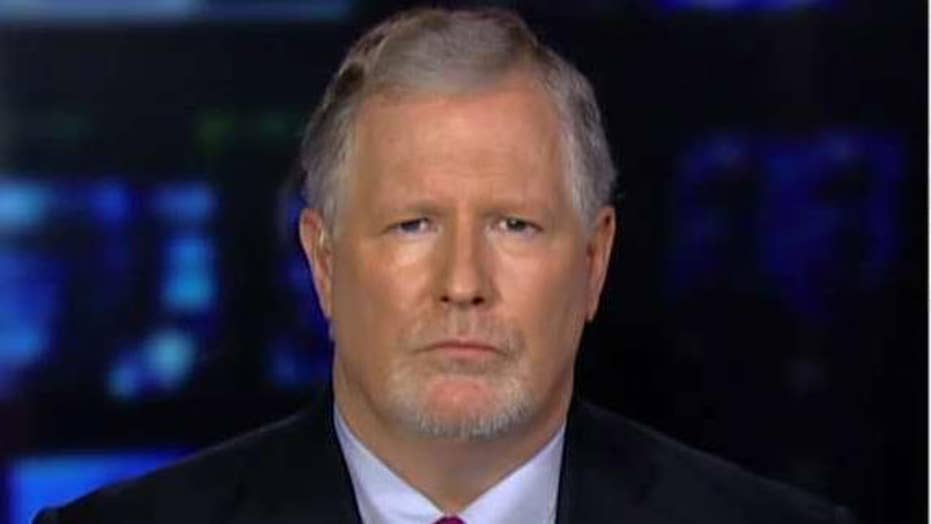 Will US airstrikes against Hezbollah in Iraq and Syria deter Iran?

The United States ended the year with punitive airstrikes on extremists in Iraq, Syria and Somalia. That’s a signal to all. America isn’t in withdrawal — anywhere. Nor have Americans declared victory against Islamist terrorism and walked away from the fight.

The strikes are also a reminder of the futility of the “ending the endless war” talk. The U.S. isn’t fighting endless wars, but there is no end in sight to dealing with the violence and turmoil capable of coming out of the Greater Middle East.

Just to review — the two chief sources of instability in the region remain Iran and the persistent specter of transnational Islamist terrorism. These are and will remain, the primary threats for some time to come.

Americans cannot afford to turn their backs on all the blood and sand in the Middle East (as much as many would like them to), and for one simple reason — it’s in the middle of everything. Global energy supplies, maritime routes, air traffic, global finance, peoples, goods, and services all transit the region.

The Middle East is both a great global bottleneck and an indispensable connector linking the world together. As a global power with global interests and responsibilities, the U.S. doesn’t need for the region to be the land of milk and honey, but Americans also cannot risk having it collapse into mayhem.

That explains why U.S. armed forces spent part of their holiday plinking terrorists, chasing elements of both of the chief antagonists in the region.

In Iraq and Syria, Iran continues to arm and fund extremist groups, surrogates to both expand Tehran’s control and directly target American interests. On Sunday, the American planes bombed five facilities directly tied to an Iran-backed militia, Kataib Hezbollah, which took credit for an attack on a base near Kirkuk, Iraq, killing an American civilian contractor and injuring four U.S. service members.

The strikes were a justified and proportional response. The message the U.S. administration sent could not be clearer. American forces are conducting critical advice and support missions in both countries, battling Islamists terrorists and Iranian surrogates that threaten both American forces, as well as friends and allies including the Iraqi people.

Meanwhile, in Somalia, the U.S. went after the militant group al-Shabaab after this al Qaeda-linked terrorist organization orchestrated a car bombing in Mogadishu that killed 79 innocent people. That wasn’t the first time. According to the Pentagon, American forces have conducted more than 100 airstrikes over the last three years, supporting the effort to push al-Shabaab out of the capital and diminish their control over the countryside.

None of these operations look like conventional wars against conventional enemies, but then again, the U.S. isn’t looking for victory in the conventional sense. So these really aren’t endless wars to end. Nor are they really America’s problem. The U.S. isn’t fighting for territorial control or trying to rebuild nations struggling with the internal conflict that both Iran and the terrorists are trying to exploit.

While the U.S. is providing some assistance, its primary goal is to keep the outbreaks of violence and extremism from metastasizing in the manner al Qaeda did in the Sunni uprising during Bush’s presidency or the rise of ISIS in Iraq and Syria under Obama. We’re looking for a sustainable and sufficient presence that defends our interests, reassures our friends in the region that we aren’t leaving, yet at the same time presses and encourages them to do more for themselves, taking the responsibility for fighting for the cause of their own peace and security.

This is a sensible strategy. While violence persists, it doesn’t match the level of mayhem we have seen in the last two decades. Meanwhile, this administration has done more to pressure, punish and isolate Iran than any in modern memory.

There are signs the region is responding to U.S. leadership. Early in his presidency, Trump floated the idea of a Middle East Security Architecture, a collective security arrangement of like-minded nations in the region.

Expect that idea to pick up momentum in the months ahead, a sure sign that others follow the U.S. on a more prudent and responsible path for building regional stability.