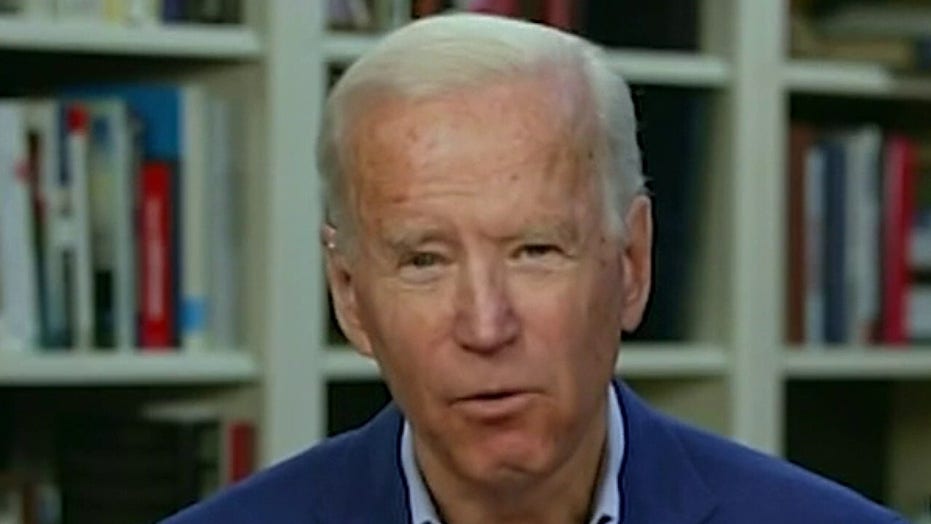 Many voters have experienced entering the voting booth and being reminded that a local incumbent has an opponent. There is a vaguely recognizable name on the ballot, yet there is little memory of that candidate waging any sort of campaign. Could 2020 be the first presidential campaign where voters feel that way about a major party candidate?

Incumbents’ reelection efforts are largely referendums on their prior performance. But challengers have the ability to earn media, frame narratives, and hold the officeholder accountable.

While he is very much a known quantity, the former vice president still has the burden of telling voters what he is going to do to make their futures brighter -- you know, that vision thing.

Even before the media was carrying wall-to-wall coronavirus coverage, Democrats were struggling. Their decision to appeal to their base and hold one congressional hearing after another allowed them to be viewed by many voters as the boy who cried wolf. All the while, even as they waged a competitive primary, the message the Democratic Party wanted to deliver to the American people took a backseat to the often-feigned outrage emanating from Capitol Hill hearing rooms.

As segments of the economy roared, the American people started to feel better about the future. President Trump’s approval ratings were climbing, and even more importantly according to Gallup, Americans’ satisfaction with the way things were going in our nation reached a 15-year high in February. Believing your county is on the right track often proves to be good news for an incumbent.

Obviously, in the face of a public health crisis and an economic shutdown, the dynamic has shifted. What will not change, however, is the inability for Biden to connect with the American people and to make the case that he can do better than the current White House occupant.

Already, since the nation’s consciousness on COVID-19 has been raised, the former vice president has been almost non-existent. And while the press is constantly debating President Trump’s handling of the crisis, his challenger is unable to interject in a meaningful way.

It is not a great feat of punditry to recognize that rallies are important to Donald Trump. Until he can host these massive gatherings again, he will be leaving one of his greatest campaign assets on the table. But the ultimate outsider candidate of 2016 now enjoys all the advantages of the White House in 2020.

Normalcy is far more important to the Democrats. Without the regular flow of a campaign, they will be unable to create opportunities to be covered by the media or to drive a relevant message.

It is also likely the national conventions will be greatly altered in presentation. While a Zoom meeting is becoming normal for most working Americans, a variation of that practice cannot possibly deliver on the needs of the national parties.

For all of their flaws, conventions are still opportunities to energize a candidate’s base and send them home ready to work for the vision they heard. The president, however, still has the bully pulpit, and this president knows how to use it like no one before him.

Who knows how the landscape will look by the fall campaign? It could be that we are in a continued state of social distancing. That will, no doubt, raise the stakes of the debates. But, it will mostly be a campaign about how Americans in a few swing states feel about the president and his ability to affect their economic future and to keep them safe. It will have little to do with the campaign Democrats will try to prosecute in a media environment that has little time for their message.

This is an uncomfortable space for a challenger's campaign to occupy – one of a protest candidate hoping that enough Americans will see him as a repository for votes against an incumbent.

Perhaps when voters walk into the election booth they will want an alternative. Joe Biden may very well be the next president of the United States, but it is quite conceivable that it will have nothing to do with his campaign.