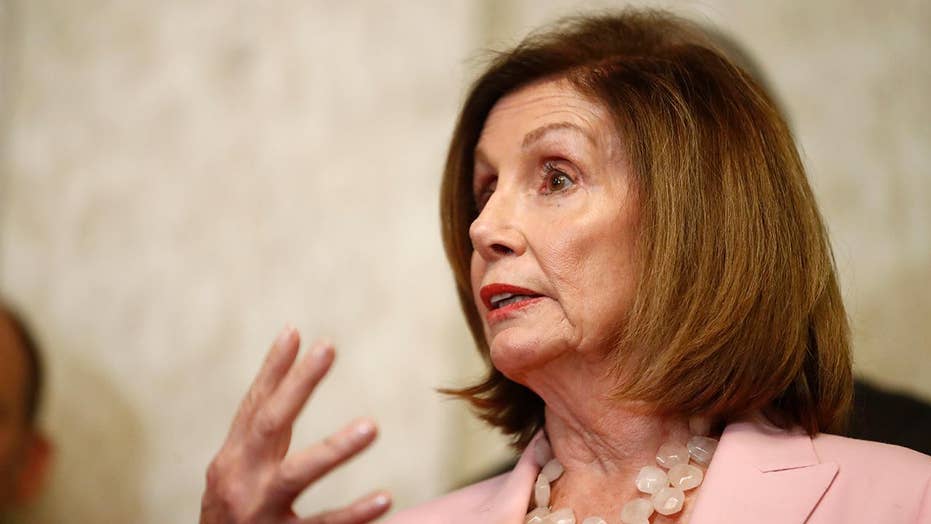 Pelosi on impeachment: Sad time for our country

House Speaker Nancy Pelosi has announced the first steps toward impeaching President Trump. It’s a big move politically, but is she making a critical management mistake?

In her weekly press conference on Oct. 2, she wanted to discuss pressing policy priorities including infrastructure, health care and prescription drug prices. But the media remained largely focused on impeachment proceedings. Although Pelosi emphasized that no impeachment floor vote is being scheduled, the distraction now lingers over the party’s other strategic goals.

This is not an ideological or political question. This is a case study for all managers on the use of that scarcest of all management resources: time.

Management is more than time management

When anyone moves from the confines of being an individual contributor to the open air of management, they need a new perspective on time. All new managers struggle to move from the hands-on/efficiency of the staffer to the delegation/effectiveness of the manager. This transition is from the work of perfection — to produce a product without error — to the imprecise world of management, where the aim is advancing organizational goals.

If Pelosi's goal is to remove Trump, then a different result would prove she is wasting her time. She says she is moving forward in an urgent defense of the Constitution, up against the unyielding math of the Democrats’ Senate minority. This is a common leadership error in which the “tyranny of the urgent pushes out the important.”

Novice managers are often overwhelmed in the ambiguity, the shades of grey, the uncertainty of getting things done through other people. But Pelosi is an experienced, mature manager who should know better. Instead she makes the amateur's mistake: failing to slow down the impulses of “staff” — or, in this case, the House Democrat Conference.

In the late 1800s, Great Britain’s Prime Minister William Gladstone said that a leader must be “a good butcher;” that he or she must cut out projects and initiatives. It is easy to say “yes” to constituents’ demands and very good ideas to keep everyone happy. But the manager will run out of hours and weeks before well-meaning staffers run out of creeping missions. Time, talent and treasure are limited and must be reserved for what actually advances the organization’s goals.

Impeaching Trump is an appealing, immediate sugar-high for the Democrat majority in the House. But even Pelosi believes that House seats will be placed in jeopardy. And absolutely no other legislative campaign promises will be addressed in the time remaining before the 2020 election. So what other prize has her eyes?

This is the challenge of management: What behaviors must my team complete to fulfill our vision? Disciplined leaders concentrate assets and ruthlessly ignore distractions. Will impeaching Trump in the House advance an agenda? Pass legislation? Remove a president?

For the next year the speaker’s energy — and nearly every Democratic member’s — will be consumed with removing Trump. Instead of marshaling resources to get her House members reelected — or, even better, whipping votes to pass signature legislation — they are on a fool’s errand, emotionally overwhelmed, chasing false gold. The professional manager controls passions and sets a course.

Senior level C-Suite positions set the strategic direction for the organization. Recommendations from staffers should only be implemented if aligned with the corner office or the woman with the gavel. Pelosi has given control of her organization to members who are not concerned with her first duty to retain control of the House. This could prove to be a critical misstep.

In guiding an organization, a leader must look far into the future. Instead, Pelosi is peering into an abyss. She should take back control and make no further move on impeachment. But this is not likely. She has allowed herself to be carried away by events. She is not in command.

The House may get 218 votes to impeach. The Senate will not get 67 votes to convict. Over the next year the Democrats will not manage their time. Or the coming election.

Jack Yoest is an assistant professor of practice in leadership and management at the Catholic University of America in the Busch School of Business, in Washington, DC. He is the author of "The Memo: How the Classified Military Document That Helped the U.S. Win WWII Can Help You Succeed in Business."

Jack Yoest is an Assistant Professor of Practice in Leadership & Management at The Catholic University of America in The Busch School of Business, in Washington, DC. He is the author of "The Memo: How the Classified Military Document That Helped the U.S. Win WWII Can Help You Succeed in Business."