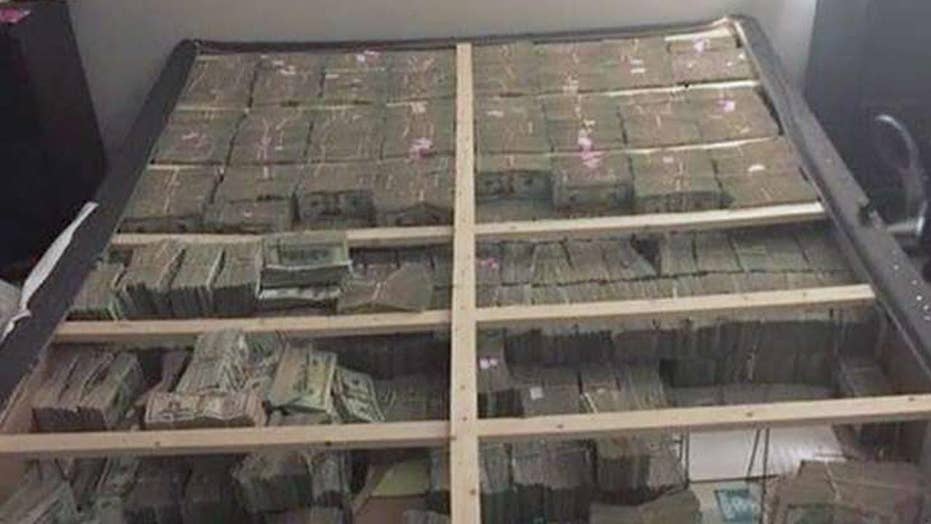 Late last month the Justice Department’s Office of the Inspector General (OIG) released a74-page report on how the department oversees asset forfeitures-- the practice in which law enforcement and government agencies  seize property they believe was connected to a crime.

The asset seizures clearly needed a closer look. Regardless of how President Trump and Attorney General Jeff Sessions feel about the topic— and both have been skeptical of reforming this system -- the new report should inform the attorney general’s newly announced Task Force on Crime Reduction and Public Safety and prompt congressional leaders to take a closer look.

According to the OIG report, the Drug Enforcement Administration, Federal Bureau of Investigations, and Bureau of Alcohol, Tobacco and Firearms grab the assets of thousands of people annually, and there is big money involved.

The DEA alone has made more than 80,000 cash seizures resulting in forfeitures that totaled more than $4 billion over the last decade. The overall total for the Justice Department seizure program has grown over the same period to more than $28 billion.

Fair enough, perhaps. But we can’t tell. Of the agency-seized cash, 77 percent was forfeited administratively as opposed to civilly or criminally. This means no review by any independent court: the government agencies are policing themselves.

Indeed, this is the normal practice for the Justice Department. Its policy manual on the topic specifies that administrative proceedings must be used except when the government is taking a home or other building or more than $500,000 in assets.

Individuals whose property is seized can still challenge the administrative forfeiture in court. But obviously, it can be difficult for an individual to hire lawyers to pursue a case when the government has his money.

Moreover, in civil court the government doesn’t need to prove that a crime was committed under the “reasonable doubt” standard of a criminal case. Instead, the government merely must show a “preponderance of the evidence” -- just a little bit more likely than the odds that a coin flip comes up heads.

At least as striking is what the OIG report doesn’t find. The federal government, it seems, has essentially no mechanisms to evaluate the effectiveness of its asset forfeiture efforts.

It does not, for example, actively evaluate instances of successful legal challenges to seizure operations, which would give overall sense of how often seizures are found to be unjustified.

The OIG report also found that agencies do not collect data to measure “how often seizures and forfeitures advance or relate to criminal investigations.”

To fill that vacuum, the OIG sampled 100 allegedly drug-related interdiction cases in which the DEA had seized assets without a warrant and without seizing any illicit narcotics.

The investigation found that in most of the cases law-enforcement officers relied on their “immediate, on-the-spot judgment,” without any “predicating information regarding involvement in drug trafficking activities.”

Moreover, the DEA could verify only 44 of the 100 seizures as having “advanced or having been related to criminal investigations.”

Finally, the investigation found that “different task force officers made different decisions in similar situations when deciding whether to seize all of the cash discovered.”

Even if we assume that law enforcement officers have been acting in good faith, the varying standards applied when government agencies seize people’s money -- and the fact that most seizures did not appear to advance any criminal case -- has to erode the public’s trust in law enforcement as an institution, which can compromise legitimate efforts to prevent and prosecute crime.

The lack of supervision also provides a perverse incentive for such seizures to increase.

The current practice may even be unconstitutional. In a March 6 written opinion commenting on a Supreme Court decision not to consider a challenge to a civil asset forfeiture, Justice Clarence Thomas argued that the Court should reassess “whether modern civil-forfeiture statutes can be squared with the Due Process Clause and our Nation’s history.”

Justice Thomas’s argument included evidence of “egregious and well-chronicled abuses” and noted, pointedly, that these “forfeiture operations frequently target the poor and other groups least able to defend their interests in forfeiture proceedings.”

Of course, these groups are more likely to vote for Democrats, but the Republican Party’s 2016 platform stated aggressively that civil asset forfeiture had become “a tool for unscrupulous law enforcement officials, acting without due process, to profit by destroying the livelihood of innocent individuals, many of whom never recover the lawful assets taken from them.”

The question is whether President Trump and Attorney General Sessions agree.

In a January meeting with local law enforcement officials, the president suggested loosening Obama-era constraints on forfeiture, which a Kentucky sheriff argued were constraining local budgets that “share” in seizures taken by the feds.

Trump’s view echoes that previously espoused by Attorney General Sessions, who in the Senate defended modern civil-asset forfeiture practice, saying that 95% of the individuals affected “have done nothing in their lives but sell dope.”

Such sentiments are understandable because law-and-order Republicans tend to like the police departments that profit from the assets seized. But there’s nothing Republican about allowing the government to take individuals’ property without due process of law.

And the same principles underlying drug-enforcement seizures also apply to other areas of the government--including the IRS.

In fact, the IRS Office of the Inspector General released its own report on April 4 that examined the tax agency’s practice of civil asset seizure in “structuring” cases—those involving repeated large cash withdrawals, which are commonplace for many small businesses and farms. The report found that 91% of such seizures were taken from businesses and individuals that had obtained the money legally.

In an April 5 memorandum, the attorney general asked his Public Safety Task Force to “explore” the government’s “use of asset forfeiture.” Let’s hope the task force does that with a critical eye—and that, regardless, Republicans in Congress take this cause to heart and work across the aisle with their Democratic colleagues for long overdue reforms in this area.

This should be a truly bipartisan issue.

James R. Copland is a senior fellow and director of legal policy and Rafael A. Mangual, a legal-policy project manager with the Manhattan Institute, which is celebrating its 40th anniversary this year.