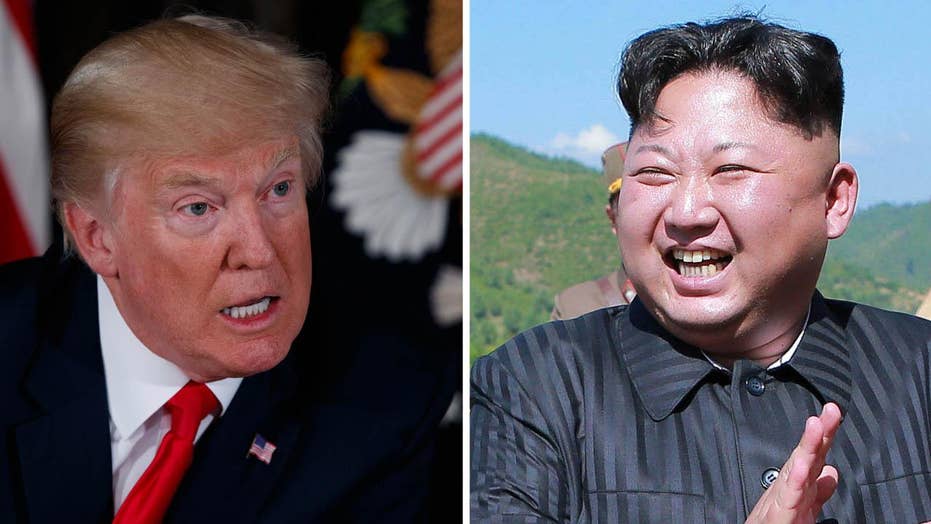 How Trump should deal with North Korea's nuclear power

Tuesday is the day—thanks to a devastating report in The Washington Post saying North Korea has “successfully produced a miniaturized nuclear warhead that can fit inside its missiles”--that will go down in history. We can no longer deny North Korea has become a full-fledged nuclear power.

Typing those words makes my hands shake. But it also makes me angry—very angry.

We can’t pretend we did not see this coming. I remember being an undergraduate in college in the late 1990s and reading about how North Korea could someday develop such weapons. It seemed so far off, as if that day would never come, but here we are.

In all honesty, how are we shocked? This technology is old stuff—dangerous, but old.

Anyone who took a 5th grade history class knows that the first nuclear weapons were detonated in 1945 and used that same year to end the Second World War—twice.

The first ICBM launch by the United States was in 1957. This technology is from many years past, and even states like North Korea—despite its people starving and having an economy smaller than Ethiopia—have the capability to copy what was done many decades ago.

They say failure has a thousand fathers, so when it comes to North Korea’s nuclear achievements we can only blame administration after administration—Democrats and Republicans alike—who decided the North Korean threat was never big enough, or too far away to demand that much of our attention or worry.

We are paying for that attitude today. And future generations will as well.

The good news – and yes, there is good news – is that President Trump had the guts to take this challenge on and is expending critical political capital to make sure the North Korean threat doesn’t get any worse. He could have chosen to make the Syrian Civil War his top international priority, or Iran, or Russia—but he made the right choice and we are now able to act.

And act he has. This weekend he pressed forward a tough package of sanctions at the UN Security Council that, if actually enforced, would take away a billion dollars or more of critical money that would help North Korea develop what could be the ultimate weapon: a hydrogen bomb mated to massive three-stage ICBM that could wipe out any major city in the continental U.S.

So where do we go from here? As I see it, we have three options to pressure North Korea and make sure their nuclear program can’t become even more deadly than what it is now.

First, China must enforce the sanctions it agreed to at the UN—or pay a massive price. President Trump needs to call President Xi Jinping—or call him out on Twitter—and explain the days of China looking the other way when it comes to North Korea are over. Beijing must enforce the sanctions within 30 days—or else. If not, America will have no choice but to consider a massive recalibration of the U.S.-China relationship. That means getting tough on China over trade, the South and East China Sea, on Taiwan—and that would be bad news for China.

Second, it’s time we reinforce missile defenses in Asia. South Korea needs to not only embrace THAAD but also request from Washington more Patriot missile defense batteries as well. Japan, also staring down the North Korean nuclear nightmare across the sea, needs to acquire THAAD and the Aegis ashore missile defense systems, doing all it can to make sure Kim Jong Un’s chances of attacking a critical ally drop as much as possible.

Third, we need to invest in much more robust missile defenses right here at home. That means expanding dramatically the amount of ground based interceptors in Alaska and in other locations around the continental United States. We should spare no expense to ensure our homeland has the best possible defense from this imminent threat.

And finally, we need to make sure that America First means Asia First. This critical region must be now our number one foreign policy priority—no exceptions. We are paying a high cost for the Obama Administration’s so-called “pivot” to Asia that was nothing more than a slogan-style foreign policy bumper sticker. Obama’s “strategic patience” policy towards North Korea was clearly a strategic failure—and we are paying the price today.

While North Korea may have crossed the threshold of becoming a nuclear power, we have tools to make sure the situation does not get any worse. It will take courage, but it will also require us to be honest with ourselves to confront the threat we face—no more denying this hasn’t happened. Anything else, and we will wake up one day with North Korea having even more deadly nuclear weapons and missiles. And that is something we can’t afford to risk.