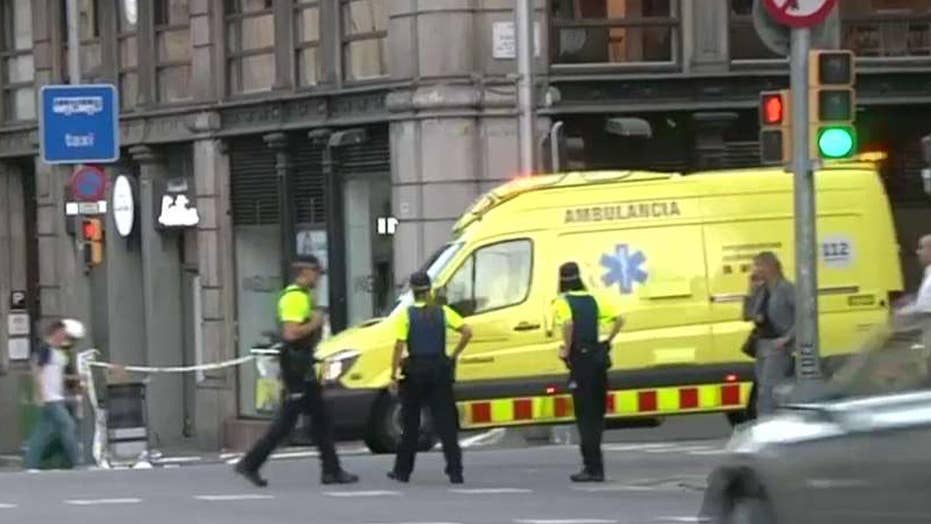 This is not considered a claim of responsibility, Catherine Herridge reports

As Spain and Finland cope with this week’s violent attacks by ISIS sympathizers, a popular Shi’ite preacher in California who claims friendship with prominent people insists the Islamic State was created and is funded by Israeli intelligence.

“All of you know who established ISIS, Al-Qaeda and all of those terrorist organizations,” Imam Sayed Moustafa Al-Qazwini said on June 29 at the Islamic Educational Center in Orange County.

“Most of their officers were trained in Israel, including Abu Bakr Al-Baghadi,” the nominal leader of the Islamic State.

A video of the imam’s remarks was obtained and published by the Middle East Media Research Institute (MEMRI) which often exposes radical statements by Islamic extremists. MEMRI’s executive director, Elliot Zweig, says Al-Qazwini’s claims exemplify the kind of time-warp propaganda being fed to Muslims around the world.

“These types of conspiracy theories have been prevalent in the Muslim world, especially the Middle East, for decades as MEMRI has revealed,” Zweig told me. “One would hope that in America, all communities, including the Muslim community, would be immunized from such ludicrous propaganda, let alone propagate it.”

Qazwini claims friendship with some well-known people in California, including Los Angeles Mayor Eric Garcetti and evangelical preacher Rick Warren, whom he calls a “dear friend.” Neither could be reached for comment.

Even Qazwini’s son, Sayed, who teaches at the Orange County center where the sermon was delivered, doesn’t agree with his father. “I haven’t seen the video, so I don’t know what he said,” Sayed told me. “I haven’t heard him make statements like that before. I don’t believe that ISIS was founded by Israel. I believe there are regional powers who have an interest in seeing terrorism flourish in the Middle East.”

So, Israel is the founder and funder of ISIS? What next? The pope is a closet Buddhist? Gandhi was Lutheran? Islam must own up to ISIS and take action to destroy it. Otherwise, ISIS might end up owning Islam.