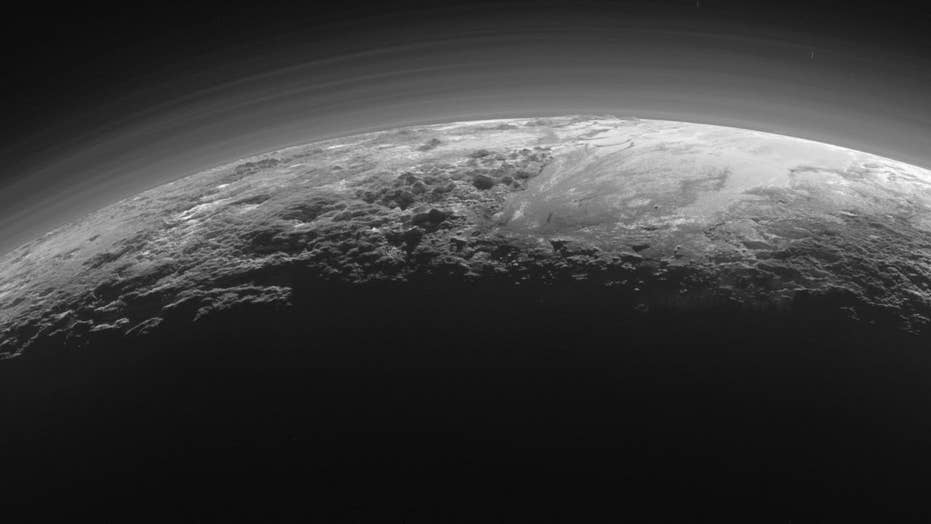 Pluto to become a planet again?

A planetary scientist at the University of Central Florida is pushing for Pluto to be re-classified from a 'dwarf planet' to a planet.

Shakespeare’s Juliet was being decidedly unscientific when she proclaimed, “What's in a name? That which we call a rose/ By any other name would smell as sweet.” In science, classifications – the names given to things – are of cardinal importance, as evidenced by the newest, fiery disagreement about whether Pluto is a planet.

Years ago I interviewed Clyde Tombaugh, the unassuming American astronomer who discovered Pluto. On March 14, 1930, the exciting news that a new baby had been born into Earth’s family was trumpeted by newspapers everywhere. “Ninth Planet Discovered On Edge of Solar System; First Found In 84 Years,” screamed the front-page headline of the New York Times.

Since 1930, we’ve discovered that Pluto is one of the solar system’s most fascinating worlds. It features blue skies, red snow, glaciers made of frozen nitrogen, and dunes made of frozen methane grains. And circling it all are no fewer than five moons!

Like millions of schoolchildren, I had a soft spot for Pluto, the runt of the litter. And I learned the order of planets with the aid of a silly pneumonic: “Many, very eager monkeys jumped safely under new palms.” Mercury, Venus, Earth, Mars, Jupiter, Saturn, Uranus, Neptune, Pluto.

That’s when the International Astronomical Union (IAU) – astronomy’s equivalent of The Hague’s International Court of Justice – pronounced a stunning verdict on Pluto. Tombaugh’s baby, the IAU decreed, is actually not a planet. It is a “dwarf planet,” they announced, a new category of celestial object that – despite the name – is not a planet at all.

Classifying things accurately is central to science, a practice that began with the ancient Greeks. They noticed, for instance, that among the mesmerizing display of tiny lights in the night sky, most twinkle and move steadily overhead from east to west. But some do not twinkle and wander about haphazardly. The former were called stars; the latter, planets – Greek for “wanderers.”

Will today’s conundrum concerning Pluto – and the other four known dwarf planets and hundreds of other planetary misfits in our solar system – end in revolutionizing our current beliefs about how planets form and, by extension, how the universe came to be?

Pluto fit that ancient description perfectly: it does not twinkle and appears to wander about the night sky, very unlike a star. But the definition of planet has changed many times over the centuries. According to the latest version, courtesy of the IAU, a planet: A) circles the sun, B) is round, and C) is big and bad enough to clear its orbital path of all debris.

Pluto obeys A and B, but not C.

In a recent report published in Icarus – the publication of record for planetary astronomy – astronomers present copious evidence for nixing criterion C from the IAU’s definition and thus reinstating Pluto to its former planetary glory. “It’s a sloppy definition,” says Philip Metzger, a planetary physicist at the Florida Space Institute and the report’s lead author. “They didn’t say what they meant by clearing their orbit. If you take that literally, then there are no planets, because no planet clears its orbit.”

Owen Gingerich – the esteemed Harvard astronomer who chaired the IAU committee that demoted Pluto – agrees a wrong needs righting. “I thought it was really dumb that the IAU took as a category ‘dwarf planet’ and then said, ‘But they're not planets,’” Gingerich says. “I was disappointed that it happened that way.”

Some astronomers side with Shakespeare, claiming it doesn’t matter what we call Pluto. But I disagree. Pluto stubbornly defying astronomer’s classification scheme – a seeming trifle – suggests a weakness in our understanding of how the heavens function.

A century ago, ordinary light defied science’s classification scheme and the end result was a complete upending of classical physics by Albert Einstein, Max Planck, Niels Bohr, Werner Heisenberg, and other giants of the day.

Will today’s conundrum concerning Pluto – and the other four known dwarf planets and hundreds of other planetary misfits in our solar system – end in revolutionizing our current beliefs about how planets form and, by extension, how the universe came to be? Maybe not. But if I were a gambling man, I’d bet a large sum on the prescience of the Bard’s other famous words: “There are more things in heaven and earth, Horatio, than are dreamt of in your [current] philosophy.”