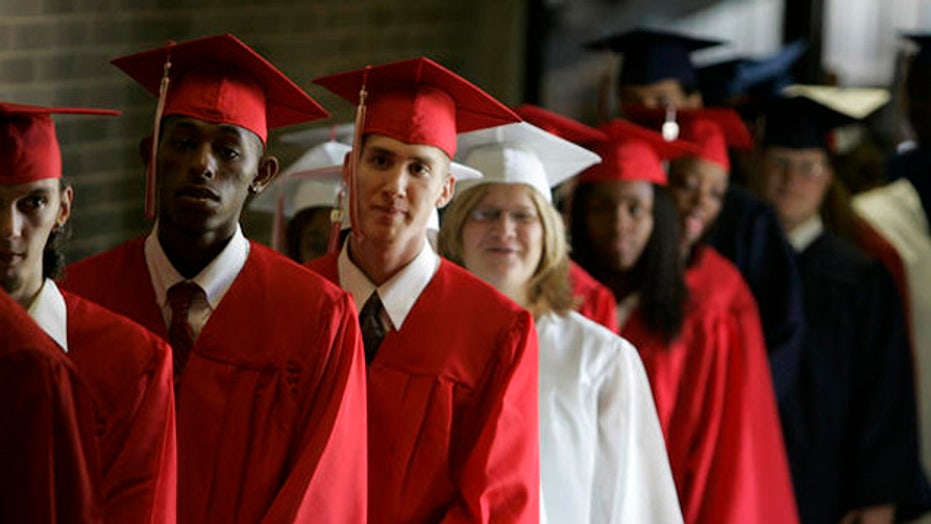 College-educated, but jobless or underemployed

As the economy sputters, a growing number of college grads are unable to find well-paying jobs in their field - and there's no solution in sight

Generations of Americans have been told that getting a bachelor’s degree is the key to a relatively prosperous life. But recently the news has been filled with stories of the financial hardships college graduates today are facing.

Borrowers defaulted on $3.5 billion in student loans during the first three months of 2013 alone, and the Federal Reserve has estimated that the current nationwide amount of student debt is over $1 trillion.

Meanwhile, a college education has become one of the most expensive products in America. The cost of college has increased 1,120 percent in the last 30 years, far outpacing inflation. In light of all this, we have asked the question, “Is College Worth It?” The answer is, “It depends.”

One study conducted last year found that approximately 50 percent of the class of 2011 was either unemployed or underemployed. As a result, many recent graduates are putting off getting married, starting families and buying homes.

Colleges are disappointing their students in other ways as well.

One study showed that only 45 percent of college graduates made substantial gains in critical thinking, complex reasoning and writing skills in their first two years of school.

Too often, unchallenging or novelty academics, such as courses on Lady Gaga, have replaced rigorous learning in the traditional liberal arts and STEM (science, technology, engineering and math) disciplines.

Additionally, most college campuses have an unabashedly liberal political orientation, and are rife with binge drinking, illegal drug use and the degrading &quothook-up&quot culture.

Before deciding whether or not college is the right choice, it is important to make an honest assessment of a student’s ability and inclination to do college-level work.

If a student has real doubts about whether he can commit to four years of papers, tests and class time, he shouldn’t go.

He also shouldn’t go just because everyone else is going, or because his primary motivation is to be part of the party scene.

Many students with these mindsets find themselves part of the roughly 46 percent of students who do not graduate within six years.

Secondly, it is important for students to consider the probable financial impact of their course of study. Payscale.com, a website that collects data on the workforce, has shown that STEM jobs pay the most money, and have the highest rates of employment.

Employers desire the hard skills that a computer programmer, petroleum engineer or radiologist can offer.

Conversely, the skills that a psychology, English or political science major might have are not as in demand, and usually pay less.

It might be worth it to borrow more money to study a financially lucrative major than one that is (probably) less so. Did you know that the average new graduate of the South Dakota School of Mines & Technology earns more money out of school than the average recent Harvard grad?

Lastly, it does still matter – at least a bit – where you go. Graduates from Princeton, Stanford, the University of Michigan and other top-tier schools have a higher average salary than graduates of other schools because their “brand” is synonymous with quality.

If a student can get into a highly ranked school, it is probably worth it to go there, even if she has to borrow money. But the student still must make a wise decision about how much it will cost and what she will study.

Many young people wrongly feel that without a B.A., they have no hope of landing a good job in the modern economy.

The truth is that by 2018 there will be 14 million jobs that will require more than a high school diploma but less than a bachelor’s degree. Many of these jobs pay good, middle-class wages: nurses, air traffic controllers and IT professionals.

Additionally, America is currently facing a deficit of 3 million skilled-labor jobs – professions like welders, electricians and plumbers that earn good money and can never be shipped overseas.

A recovery of vocational-technical education could be a game-changer in meeting the needs of many students who find the educational system does not meet their particular needs.

Ultimately, a college education can still be a good investment, but it is not necessarily the right choice for everyone.

Students need to make smart decisions about their capacity for academic work, the job prospects for their major, and how they will pay for their education.

Students should make sure it’s really worth it based on their interests and life goals before taking the plunge.

David Wilezol is co-author of "Is College Worth It" and the associate producer for Bill Bennett's "Morning in America." He is also a 2012 Publius Fellow of the Claremont Institute and currently a graduate student in Greek and Latin at Catholic University in Washington, D.C.
ADVERTISEMENT