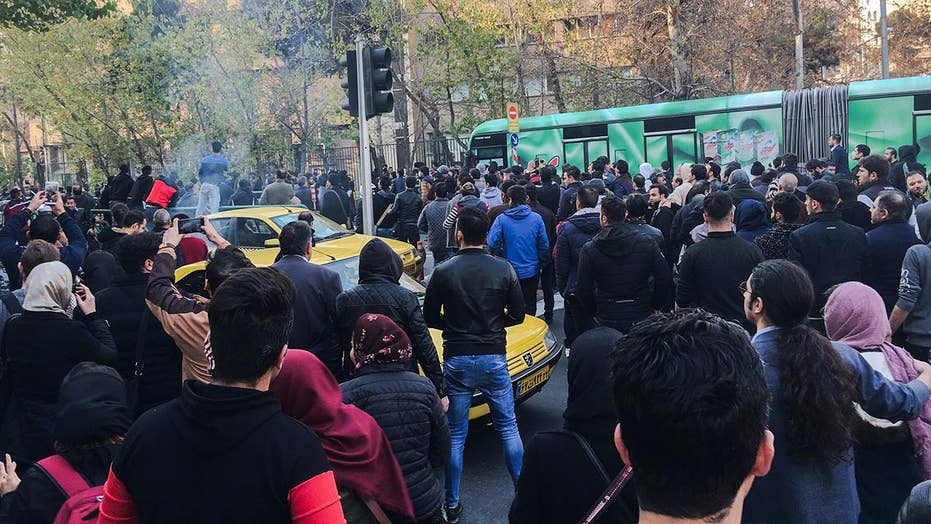 Should the United States show support for protests in Iran?

For all the squabbling that social media platforms are notorious for, their relevance to the media landscape plays an important role in times of protest.

This was evident with Black Lives Matter, among other movements. It’s been evident for the past three days in Iran, where thousands have taken to streets and public squares calling for an end to the hardline conservative regime of Ayatollah Ali Khamenei.

The question that needs to be asked right now is why traditional mainstream media outlets – grandstanding over their importance in this new, bold era of fact-checking and truth-telling – have largely ignored a blossoming revolution.

Anyone on Twitter could click #IranProtests and view videos and eyewitness accounts that contradicted much of Western media’s early reporting about these protests being simply about economic anxiety as was the case with The New York Times and Washington Post.

Anyone on Twitter could click #IranProtests and view videos and eyewitness accounts that contradicted much of Western media’s early reporting about these protests being simply about economic anxiety as was the case with The New York Times and Washington Post.

But the now three-day duration of rallies and protests that have found their way to Tehran have gone largely unnoticed in America’s corporate media apparatus. The New York Times simply described the protests as economic grievances, the same way Iranian state-run television described them.

CNN ignored the protests completely, and the explosion on social media until a front page story reporting on not uprisings against the regime, but a pro-government rally and President Trump’s tweet in support of the protestors. If the State Department wants to send a message of solidarity to the protesters in Iran, perhaps it can send them a white truck. Yes, the question has to be asked how such an uprising of thousands against their government would be covered by western media if this were Tel Aviv. We don’t need U.S. Ambassador to the U.N. Nikki Haley defiantly raising her hand to answer that question for us.

The somewhat muted reaction to thousands of people rising up against the Iranian regime can and should be compared to the attention the Arab Spring received in 2010. The scenes coming out of Iran are just as dramatic, if not more so, than those of the Arab uprising.

A woman was caught on videotape screaming “death to Khamenei” at Iranian law enforcement officials – an action that could not only endanger her life, but the lives of her family. But nevertheless, she persisted.

Social media came to a halt when another video was shared on Twitter of a female activist, shedding her hijab and waving a makeshift flag at security forces while standing atop a container.

I’m not exactly sure why an Iranian woman would shed such a garment that we’ve been told by the political left of this country is a symbol of empowerment and feminism. But her body, her choice.

Protesters are shouting “Death to Khamenei,” “Mullahs get lost,” “No more Islamic Republic,” “Clerics return us our country.” They are not shouting “We have economic anxiety”. This is not about economic anxiety. This about revolting against a regime who has exhausted its moral good will, and no longer can lean on a sympathetic United States for more pallets of cash.

There is no doubt that socio-economics are playing a small role in all this. That’s bound to happen when a corrupt repressive regime promises its people millions of dollars to improve their lives, courtesy of their former friends in the Obama administration who flew them pallets of cash. Then somehow that money found its way to Syrian dictator Bashar Assad and terrorist groups Hamas and Hezbollah.

The echo chamber of media outlets that are now hesitant to report on the uprising in Iran cannot be ignored, especially after the coordinated lash-out on the heels of Josh Meyer’s devastating report in Politico over the Obama administration killing an investigation into Hezbollah’s drug trafficking operation. The Obama administration reportedly took the action to appease Iran and facilitate a nuclear deal.

Despite a near blackout, these protests are not intended for domestic Iranian audiences only.

How will the Obama Presidential Library wing look celebrating a nuclear deal with an oppressive Iranian regime that could possibly be deposed by security forces and the military joining with protesters, thirsty for democracy and a return to an Iran before the 1979 revolution?

More to the point, how will it look if the Trump administration, of all things, facilitates and encourages such change in Iran?

The prospect of this is not lost on the self-styled resistance and anti-Trump media, all too anxious to witness the ribbon-cutting ceremony at the Obama Library or hand a Nobel Prize to former Secretary of State John Kerry.

Overseeing the fall of an oppressive, hardline Iranian regime that sponsors terror all around the globe – followed by the rise of a democratic Iran not interested in aggression against its neighbors – would be a foreign policy victory for President Trump, one of the biggest for a president since the fall of the Berlin Wall.

If the Iranian regime is ousted, the move would neuter Hezbollah’s primary source of funding. It would diminish Hamas at a time when the United States rightfully is moving its embassy in Israel to Jerusalem in defiance of the United Nations.

Replacement of the Iranian government could signal that Assad’s days in Syria are finally coming to an end, without powerful bullies to back him up. A new Iranian government would also no doubt give Russia pause about meddling in Middle East affairs – a hesitancy it did not have when the Obama administration gave Russian President Vladimir Putin “flexibility.”

Combative media reluctant to give President Trump credit for any policy victories – along with reluctance by anti-Trump analysts on the right (this one included) – should not divert our attention from Iranian citizens risking their lives to take to the streets. These Iranians hope the United States and the rest of the world do not ignore them again.