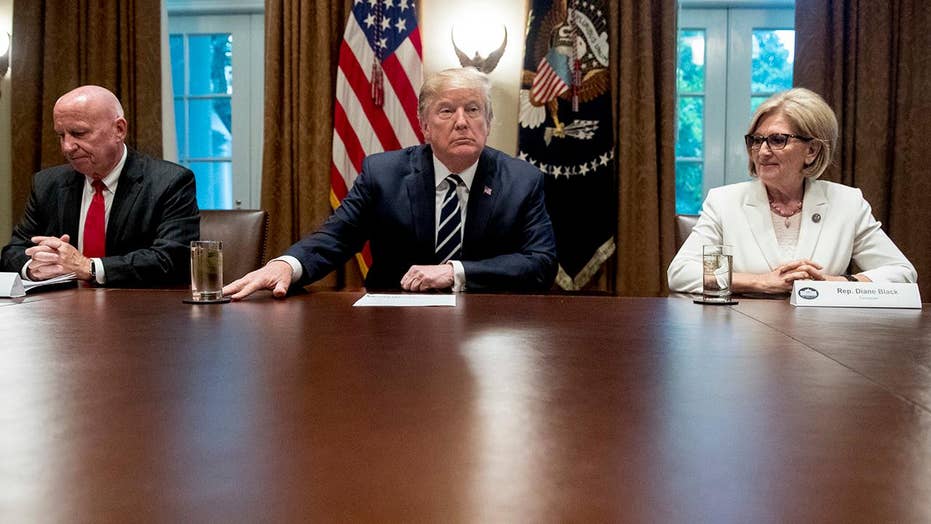 What can we expect from tax cuts 2.0?

New York, Connecticut, Maryland and New Jersey – four of the highest-taxing states in the nation – filed a breathtakingly foolish lawsuit this week against the federal government alleging that the tax cut and reform legislation signed into law by President Trump last year is unconstitutional because it unfairly targets Democratic-controlled states.

The states claim that the federal tax overhaul is nothing more than an attempt by Republicans to pressure them into cutting taxes and reducing the size of government.

But the new economic reality brought about by the tax cuts may soon serve as a strong incentive for high-tax states to revisit their tax policies. That’s because private sector jobs are being added at an 80 percent higher clip in the low-tax states in the first half of the year.

The tax reform passed without receiving any Democratic votes in Congress and was signed into law by President Trump Dec. 22.

Higher-earning taxpayers from New York had the nation’s highest SALT deductions under the old tax law, with somewhere between 30 to 40 percent of filers deducting an average of $21,000 in state and local taxes on their 2014 federal tax returns. New York calculates that its taxpayers will pay $14.3 billion more to the federal government this year.

New York Attorney General Barbara Underwood said of the lawsuit filed by her state and the three others: “New York will not be bullied. This cap is unconstitutional – going well beyond settled limits on federal power to impose an income tax, while deliberately targeting New York and similar states in an attempt to coerce us into changing our fiscal policies and the vital programs they support.”

Legislators in high-tax states have been looking for ways to circumvent the new federal tax law by reclassifying taxes as charitable deductions – but the Internal Revenue Service is unimpressed and taxpayers who avail themselves of such a ruse expose themselves to federal liability.

The deductibility of SALT on federal taxes has been a feature of the federal income tax from the start. But it has been under scrutiny for decades as well.

The last serious attempt to limit or eliminate the SALT deduction was in 1986 under President Reagan. The 1986 Tax Reform Act did eliminate sales tax deductibility but continued deductibility for income and property taxes. There were no successful state lawsuits then.

And while the recently appointed New York attorney general decries the potential for the change in the federal tax code to “coerce” the state into cutting taxes, real economic conditions may provide all the persuasion that state lawmakers in high-tax states need.

As of June, there were:

According to government statistics released Friday, in the first six months of this year employment growth has picked up throughout the nation, but it has accelerated even more rapidly in the low-tax states – clocking in at 1.48 percent. That’s 80 percent faster than the growth rate of only 0.82 percent in the high-tax states.

The states with an average tax load experienced 1.04 percent job growth – 27 percent higher than that in the high-tax states.

This large disparity in economic performance will, if it continues, place lawmakers in high-tax states under increasing pressure to reform their tax codes and reduce the size of state and local government to attract job-growing investment.