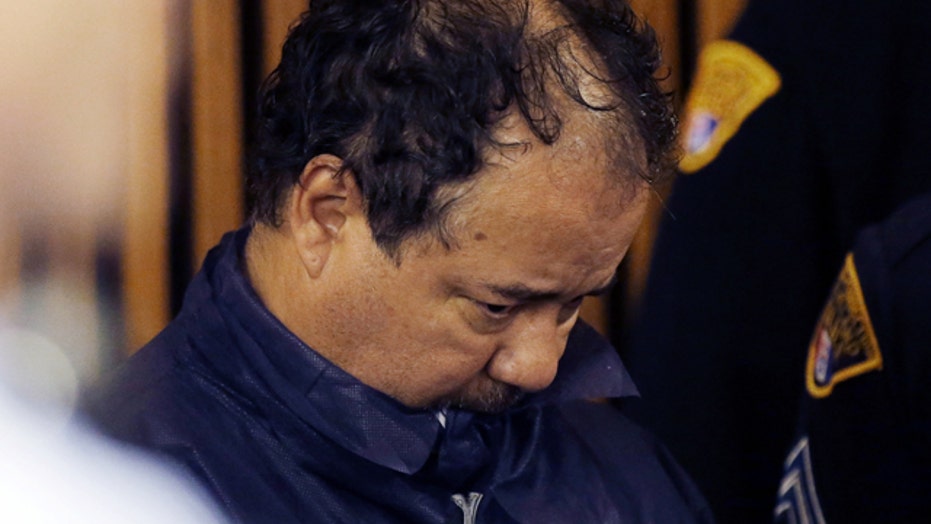 Inside the mind of Ariel Castro

Dr. Keith Ablow explains on how the suspect became a predator

I have written before that there is no original evil left in the world; everyone is just recycling pain.

Ariel Castro was not born a predator.  He became one.

Based on my nearly two decades as an adult, adolescent and forensic psychiatrist, talking at the level of the soul and the gut about the human psyche with everyone from anxious kids, to abused women, to gang members, to men who have raped and killed, the origin of Castro’s evil is the house of horrors in which he alludes to being raised.

I promise you that what Castro is charged with creating in Cleveland—a “home” where three women were allegedly held in ropes and chains, beaten and raped, where children were either enslaved or aborted—will turn out to be a magnified version (perhaps 2X, perhaps 100X) of the home in which he was raised. There, Casto reportedly maintains in an alleged suicide note which may have been written in 2004 and was found inside his home, that he was emotionally, physically and sexually abused by relatives.

Castro’s diagnosis may turn out to be psychopathy, but the real key to understanding him is that he lacked empathy.  And once someone no longer can appreciate the pain of others, that person is “free,” in a terrible and terrifying way, to perpetrate horrific acts.

In fact, the torture that a person lives through that crushes his empathy, can be enough to create a house of mirrors, in which one reproduces his own suffering again, and again, and again, like the work of art by M.C. Escher of a hand drawing a hand, never quite being able to escape the dehumanized recreation of his own destruction.

Castro reportedly says as much in his suicide note.  He cannot understand his addiction to taking women prisoner and knows, someplace deep inside him—which we may as well think of as the voice of God—that what he is doing is predatory and wrong and hellish.  Yet, he cannot stop.

Perhaps, had Castro a little more intelligence or a spiritual guide or had been lucky enough to have been incarcerated early in life and introduced to a gifted prison psychiatrist, he might have noted that he is one of three brothers and took three people hostage.

You don’t take three women hostage and make them abort repeatedly and beat them and humiliate them and sexually attack them if you have true, loving feelings for your mother. But you might do that, if you deny all your primal, murderous rage toward that woman, because it is too psychologically threatening to feel it at five or six or thirteen or fifty years old, and it ends up erupting out of you—directed at every female you see, including your own wife and daughters.

It is popular to speak of children as resilient. It is a complete and utter myth. Children are exquisitely emotionally sensitive. The seeds of major depression and panic disorder and PTSD and borderline personality disorder and, yes, antisocial (psychopathic) personality disorder are most often sown in childhood and adolescence. And while someone may be born gifted by God with a hardy brain chemistry, with serotonin and norepinephrine and dopamine aplenty, many are not, and are, therefore, even more vulnerable, from birth.

Ariel Castro is no devil. He is no "monster." He’s an abused, ruined decent boy made rancid by psychological dynamics that were once entirely beyond his control.

Does that mean he has no responsibility to resist the dark forces that developed inside him?  No, it does not.

Do lives sometimes tend unavoidably toward darkness? Yes, they do. What does this imply for justice?  That question is part of the human condition.  We will debate it, forever.

I just want to understand. I just want the truth. And I just told you the truth, too. Make of it what you will. Do with it, what you want. But now you know what I know having met men who killed their wives with bats and guns and knives, and women who beat their daughters and raped their sons, and teenagers who preyed viciously on other teenagers.

Every single case began at least a generation before—and, every time I have looked, more than one generation, and, sometimes, three or four.

I leave you with the words of philosopher Martin Buber and your own life story, to contemplate.  Make of his words and your days all you can:

“Love ranges in its effect through the whole world.  In the eyes of him who takes his stand in love, and gazes out of it . . . good people and evil people, wise and foolish, beautiful and ugly, become successively real to him; that is . . . they confront him as Thou...Love is the responsibility of an I for a Thou.  In this lies the likeliness . . . of all who love, from the smallest to the greatest and from the blessedly protected man, whose life is rounded in that of a loved being, to him who is all his life nailed to a cross of the world, and who ventures to bring himself to the dreadful point—to love all men.”

Only a predator would fail to hate what Ariel Castro did. But only a heartless person would fail to grieve the loss of the potential for goodness he was born with, which was stolen from him, decades ago, in a house of horrors we still know almost nothing about.