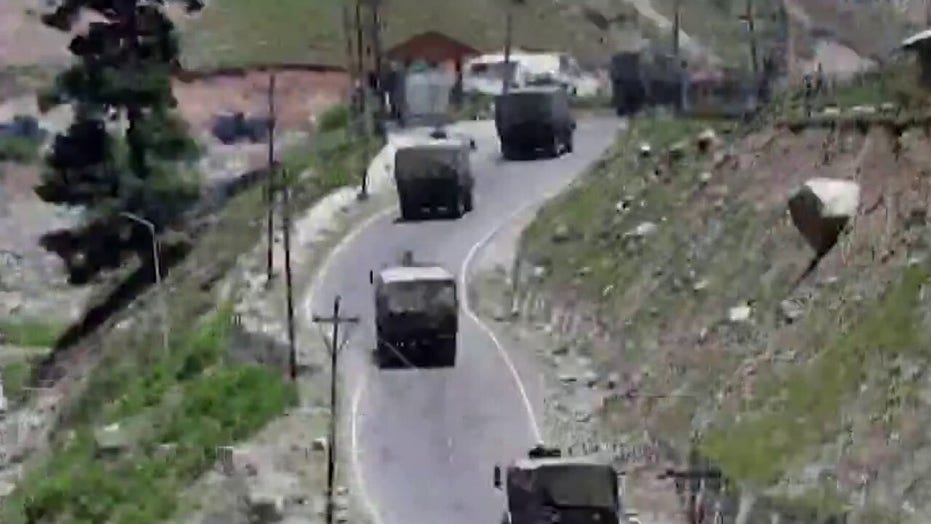 The list of outrageous actions by China grew even longer Tuesday, with early reports that Chinese troops had killed at least 20 Indian soldiers in the disputed region of Kashmir on the border dividing the world’s two most-populous nations.

Thanks to the Chinese regime’s increasing aggressiveness, the messy border dispute in one of the most remote and desolate places on Earth has gotten worse.

For some months now, Chinese forces have played cat-and-mouse with Indian troops along their disputed border in the Himalayas. But what had been largely restricted to spontaneous fistfights and rock-throwing has now escalated.

Odds are that the confrontation between China and India – both nuclear powers – won’t spin out of control. Still, the U.S. ought to take a stand against China’s increasing bullying.

India is an important American partner for peace and stability in the region. Beijing ought to have no illusions about where America stands. The U.S. stands with our friends.

At this point, it appears that the violence started with the usual fisticuffs and rock-throwing, then spun out of control. While the early reports are tentative and incomplete, it doesn't sound like an engagement that was directed from the top down. But, again, who knows for sure?

What is sure is this: The clash matters.

If the violence continues to escalate, these confrontations could become very ugly and protracted. As my colleague Dean Cheng, a foremost expert on the region points out, this won’t look like the 1962 Sino-Indian War, which was the last real border shootout between the two nations.

“In 1962,” Cheng notes, “Chinese forces arguably out-matched their Indian counterparts, in what was predominantly a light infantry campaign.” Neither side employed airpower or missiles.

In recent years, both sides have been building out their infrastructure along their disputed border – a site that features some of the most inhospitable terrain in the world. Any kind of fighting there would be hellacious for the combatants, and would be severely affected by geography and climate.

We should stand with our friends in resisting territorial aggression by the Chinese Communist Party.

In all likelihood, any fighting would likely involve more advanced weapons operating in those extreme conditions than have been seen in the past 20 years. But chances are that neither side wants that – nor should it.

Let’s be clear about the source of these tensions. The fault lies mostly with the Chinese. For months they have ratcheted up the frequency of small-scale border confrontations, trying to pressure India into complying with China’s view of the border.

Why is China being so nasty right now, at a time when its international stock is so low because of its failure to cooperate in containing the novel coronavirus?

Well, that’s not entirely clear. Maybe China is worried about looking weak. Or maybe Beijing is facing more internal pressure than we suspected. After all, China's economy has suffered a massive 6 percent drop in output, the first negative economic statistic in over 15 years.

In late May, Deputy U.S. Secretary of State Alice Wells warned us this was coming.

"There’s a method here to Chinese operations, and it is that constant aggression,” Wells said. “The constant attempt to shift the norms, to shift what is the status quo. That has to be resisted whether it’s in the South China Sea ... or whether it’s in India’s own backyard."

“We have informed both India and China that the United States is ready, willing and able to mediate or arbitrate their now raging border dispute,” Trump wrote.

China, however, seems more interested in bullying other countries than solving disputes.

The U.S. needs to step up and remind Chinese leaders, yet again, that we have no patience for their global petulance. It also needs to assure India that the U.S. has its back.

We should stand with our friends in resisting territorial aggression by the Chinese Communist Party, whether in the South China Sea or the Himalayan border with India. The U.S. should let Beijing know we expect the recent standoff is resolved without any further loss of life and call on China to return to the pre-May status quo.