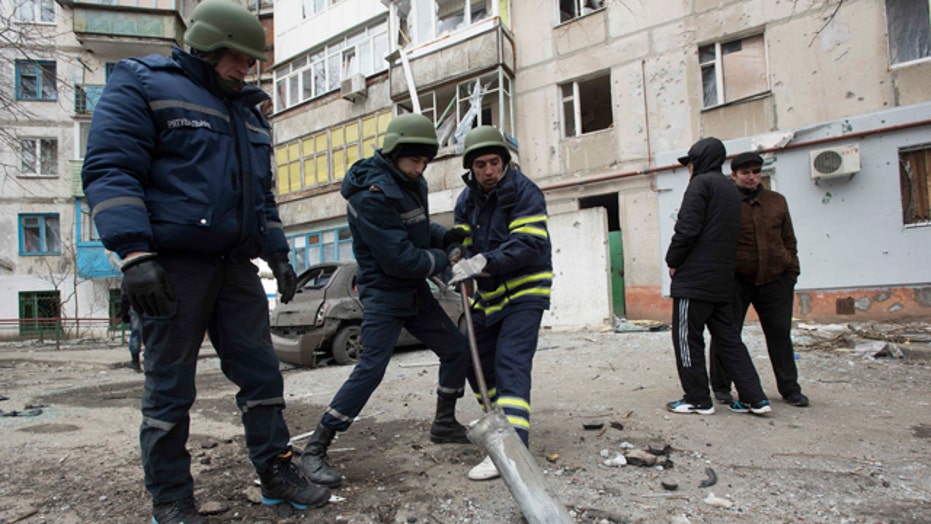 As Americans in the Northeast brace for a possibly historic blizzard, a world away in Ukraine, a crisis continues without end. Further exacerbated these days by soaring food and medicine costs, the currency plummeting, and a burst of brutal violence in the eastern city of Mariupol over the weekend, a more familiar challenge for the poor and displaced of this Eastern European nation is now in full force: winter.

Facing freezing temperatures, endless snow, and a desperate need for heating fuel and warm clothes, the brutal seasonal switch this year is also made worse because of skyrocketing utility prices and housing that is sub-standard or destroyed by fighting. Add to that planned power outages and requests that citizens lower heating thermostats to below 60 Fahrenheit, and you will find many Ukrainians literally out in the cold.

With the UN reporting that more than 500,000 people are displaced within Ukraine because of continued fighting, more than 100,000 of which are children, the toll begins to add up. And the needs among these refugees — proper housing, food, post-trauma support — are growing to include the warm bedding, sound shelter, and access to heaters that is critical to survive the cold.

We see it everyday among the more than 2,000 displaced and distressed Ukrainian Jews we are caring for in cities like Kiev, Odessa, Kharkov, and Dnepropetrovsk.

These people, like hundreds of thousands of others, have fled worsening conditions in the east, often with no one to care for them in new cities around the country. Many come without jobs, no money, and hope to bring their remaining relatives or friends to safer places. Take the Khomich family who fled fighting in Donetsk and found refuge in Zaporozhe.

In addition to the aid package we are providing to them as a displaced family, we have also included warm clothing and footwear. Their situation is made more difficult because 49-year old Olga must care for her 87-year old mother, Lyudmila, and her 8-year old daughter Polina, who suffers from cerebral palsy, on their meager pensions. With our help, they have been able to find housing, a wheel chair for Polina, medical care and other basic needs to survive.

And for those who remain behind in the East, winter is accompanied by shelling, fear of violence, and for the homebound, especially the elderly, no way out. But it’s not just for those living in the war-zone who face a challenging winter.

In Bilhorod-Dnistrovskyi, just two hours away from Odessa, lives a 27-year old widow and her three daughters, who she care for alone. In her small flat, the windows are sealed shut, the air dank. But the fresh air, which rushes in when the window is opened, is freezing. So we have given her a stipend to operate her electric heater and help send her children to classes at one of our thirty-two Hesed social welfare centers serving 1,000 locations around Ukraine, which is heated.

But more must be done. To help ease the suffering, a coalition made up of local Ukrainian Jewish communities, Jewish and Christian aid groups, philanthropists, and community leaders and activists, including my organization, the American Jewish Joint Distribution Committee (JDC), have been working steadily in partnership over the last eight months to provide help in the face of this worsening humanitarian crisis.

For the neediest among Ukraine’s estimated 300,000 Jews, this has come in the form of extra food and medicine, homecare and security, psychological support, accommodation, holiday celebrations and community events, and now, relief services during the brutal winter months.

With temperatures dropping, the drastic escalation in our services – including window repairs and replacements, the subsidizing of utility payments, and provision of extra fuel – represents a seven-fold increase in the budget we have dedicated to our annual winter relief program that serves thousands of Ukrainian Jews every year. And for many, it means the difference between living another day and freezing to death.

Remember that as you zip up your down jacket, gaze at the fireplace, or snuggle up in the warm place you call home as Winter Storm Juno rages. And join the efforts to bring some warmth to those needy people in Ukraine who are huddling together to ward off many months of cold like no other.