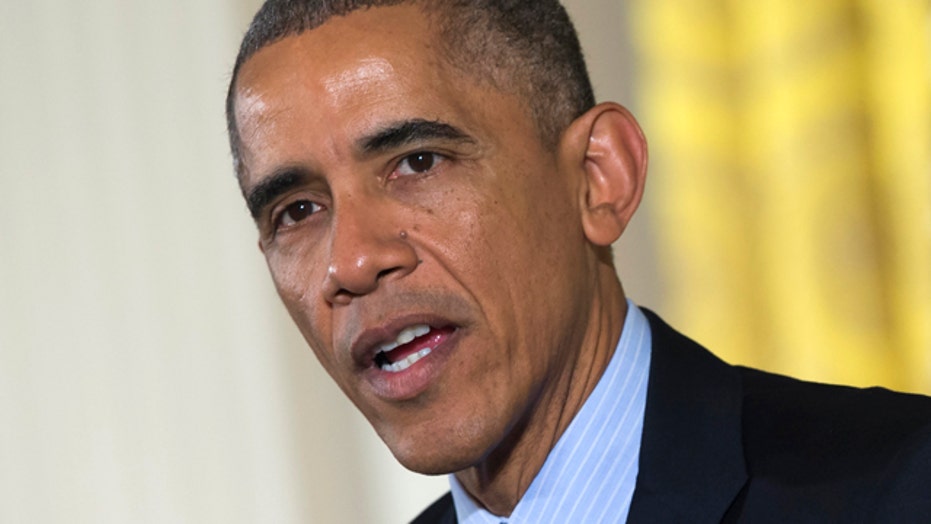 When it comes to confronting President Obama’s lawless immigration actions, we’ve only just begun to fight.

Earlier this month, I testified before the House Judiciary Committee, spelling out exactly how President Obama’s immigration actions violated the Constitution.

That’s why my colleagues and I at the American Center for Law and Justice (ACLJ) Tuesday joined with 27 members of Congress and more than 60,000 Americans to file an amicus brief in the leading lawsuit against President Obama’s immigration actions. We’re joining 24 states in challenging the president, and our arguments are clear.

The Constitution clearly vests in Congress the exclusive authority to make law and set immigration policies. Article 1, Section 8 of the Constitution declares that Congress has the power to “establish a uniform Rule of Naturalization” -- not the president.

And Congress has acted in accordance with that authority, drafting statute after statute regulating immigration and creating a truly comprehensive legal scheme. Under the appropriate Constitutional framework, when Congress has spoken this clearly, a president’s ability to draft executive orders that at all contradict this Congressional intent is at its “lowest ebb.”

And let’s be clear—that’s exactly what President Obama did. He, to use his own words, “took an action to change the law.” He contradicted Congress.

Yet the president is creating a sweeping, class-based program that would provide automatic benefits to any person meeting the criteria. That’s not prosecutorial discretion, that’s new law.

I’m not the only one to think so. On Tuesday, a federal judge in Pennsylvania ruled that President Obama’s immigration action was unconstitutional, using much the same reasoning we outlined in our amicus brief.

Next year will begin with a new Congress, a Congress with a clear conservative majority. It should place an immediate priority on defending the Constitution by defunding any Obama administration efforts to implement its sweeping, lawless immigration plan.

Under the so-called “CRomnibus” spending bill passed late last week, the Department of Homeland Security—the department responsible for immigration matters—is only funded through February 27. That gives the new Congress the ability to take a second look at immigration funding and impose its will on a lawless president.

Still, as we defend the Constitution, we need to make clear that being pro-Constitution is not the same as being anti-immigrant.

I’m the grandson of Russian immigrants, and I understand that America is the hope of the world in so many ways. I believe in the promises engraved on the Statue of Liberty that we want to welcome those who yearn to be free.

The process, however, must be lawful. Impatient presidents do not get to violate the Constitution, and immigration actions that fail to address true border security will never offer a long-term solution.

That’s what kings do, not presidents. The American system of separation of powers exists for very good reasons, so that no one person or branch can assume all the powers that European kings traditionally exercised.

Yes, constitutional processes can be frustrating. And, no, they are not always efficient. But they keep us free.

And that’s why we have to fight—not out of malice for immigrants but out of respect for our Constitution -- the document that is responsible for creating the very country that immigrants long to join.