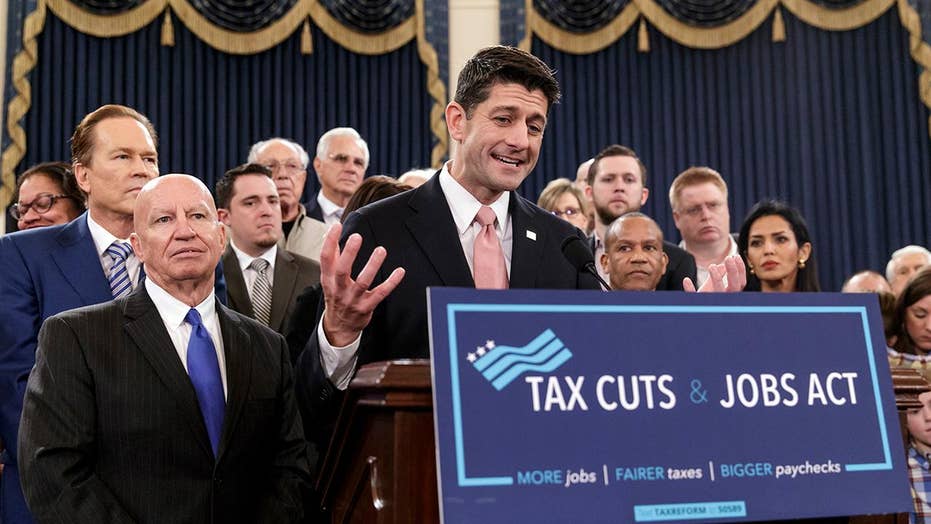 In the world of conservative thought, few issues are as popular as tax reform. It's an accepted truth, by nearly anyone on the right, that the tax code is too complicated for an average citizen to understand and too laden with loopholes to be fair.

Beyond the structure of the code itself it's a fairly standard conservative view that taxes themselves are unjust, that government should not be confiscating a large chunk of our hard-earned pay and they certainly shouldn't then be helping themselves to additional taxes after that first take.

What then can be seen as the point of the tax plan, called "The Tax Cuts And Jobs Act” announced by the Republicans in the House of Representatives last Thursday? There are no obvious goals whatsoever in the convoluted plan.

This is a Republican plan that targets people wanting to adopt children, homeowners, small businesses and people with high medical bills.

The plan does absolutely nothing to simplify the process. No matter how many times Republican leadership promises that we’ll be able to do our taxes on a postcard, that’s not what the reality will be for nearly anyone. Credits and deductions will still exist though some have been targeted by this plan seemingly at random.

One such nonsensical target is the adoption tax credit. Where is the ideological sense in getting rid of a credit to ease the financial burden of adoption? Conservatives always suggest adoption as an alternative to abortion. But adoption is incredibly costly and the credit has been a boon to families looking to adopt, so why cut it?

Why get rid of the write-off for medical expenses? It’s practically an admission that single-payer is coming and Republicans don't plan to stop it. Why else not work to defray the costs of people paying for medical care out of pocket? How is that conservative?

Professionals will be hardest hit by the plan. People making $200,000-500,000 will see their taxes go up by 2023 according to a report released by Congress's Joint Committee on Taxation. Since when do Republicans want to disincentivize success? This isn’t targeting the super-rich, this is targeting the newly rich, families just achieving their American dream.

The mortgage interest rate deduction will drop from $1,000,000 to $500,000--an amount seemingly aimed specifically at people in blue states and the upper middle class.

The plan also doesn’t do anything for small businesses. It contains a provision to limit the tax burden to 25 percent for a small business. But as Josh Barro at Business Insider points out “More than 80 percent of tax filers with small-business income are already taxed at rates of 25 percent or less, so only the wealthiest business owners, who currently face high tax brackets, would get a tax cut.” The National Federation of Independent Business, generally a conservative group, said in a statement that they could not support the bill in its current form.

This is a Republican plan that targets people wanting to adopt children, homeowners, small businesses and people with high medical bills.  The free-market organization Club for Growth put out a statement noting that the bill “effectively punishes success and caves to the Democrats’ class warfare rhetoric.”

That leads to the question of why it’s such an over-compromised bill in the first place.

Conservatives claim to want a real simplification of the tax code. Speaker of the House Paul Ryan has spent years promising this. If now, with a Republican House, Senate and presidency, isn’t the time to make bold moves on tax policy then when would be the time? This whole plan is an admission that Republican leadership are too afraid to ever be bold and that there will never be a true conservative movement to simplify or reduce taxes, no matter how many Republicans are elected to office.