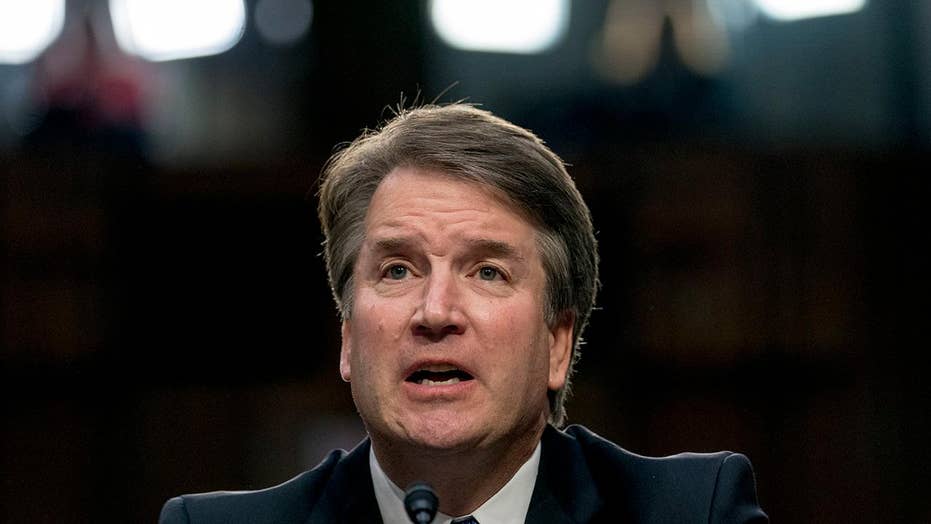 Senator Grassley has granted Dr. Ford another day to decide whether to testify before the senate.

Who do you believe in a he said-she said situation?

For me, in this case, it’s easy. I stand with Brett Kavanaugh. I know Brett as a fantastic basketball coach, a mainstay at Sunday mass, a gentleman in social situations, an involved parent, and a good neighbor. I have watched him proudly guide my daughter’s basketball team through fantastic wins and heartbreaking losses, always exuding good sportsmanship. I have socialized with him and his wife through the years and always enjoy seeing their family.

Even if I didn’t have the opportunity to have met him personally, I would know him as someone with an impeccable public record. As a Judge, he has the respect of liberal and conservative legal scholars, he has held numerous high-level, sensitive governmental positions that required him to undergo intensive vetting procedures, he is a professor at a prestigious university, and currently sits on the U.S. Court of Appeals, D.C. Circuit. Overwhelmingly, those who know him well have said there is no way the Brett they know would have acted as Dr. Christine Blasey Ford has alleged.

As someone who has spent a large part of my career at both the U.S. Department of State and Justice working with sexual assault and domestic violence survivors, I have extreme respect for every woman who speaks up about sexual wrongdoings they were victim to. I know how empowering it is to take back your dignity by releasing that dark secret. And, I believe Dr. Ford deserves to be heard and that this accusation should be taken in context with the weight of the evidence on both sides.

Sadly, too many people today seem to think that in a he said-she said situation, we should always believe the woman. That’s sexism, pure and simple. Our legal system requires much more than simply assigning blame based on gender. In fact, it requires that we assume someone is innocent until enough evidence is presented to convince us otherwise.

I say this even though I have welcomed the emergence of the #Me Too movement which has helped women come forward and speak about past abuse.#MeToo has made a huge impact on our society, revealing terrible abuses of women and men by those in some positions of power and helping bring them to justice.There has been great support shown for those speaking the truth and reclaiming their power.

What happens though when some aren’t speaking the truth?

Someone making false accusations can do immeasurable damage, particularly when gender is involved -- we now live in a world of assassination politics. People know that accusations will get attention, whether they are true or not and can be used for political ends.

Undoubtedly, many who are taking the side of the accuser today are doing so believing they are standing with a legitimate victim. Yet they should step back and ask themselves why they are signing letters attesting to the truthfulness of someone they do not know and who has alleged a three decades old crime with no substantiation. They cannot know the truth and do know this charge can destroy someone.

Women are in a difficult position in the age of #MeToo. We should applaud women who have the strength to come forward and tell their truth.  But women should always form their own opinions after considering facts and never rush to judgment simply based on gender.

Andrea G. Bottner is Senior Advisor to Independent Women’s Forum, Founder of Bottner Strategies and former Acting Director of the U.S. Department of Justice Office on Violence Against Women (OVW). Bottner has a personal connection to Brett Kavanaugh.