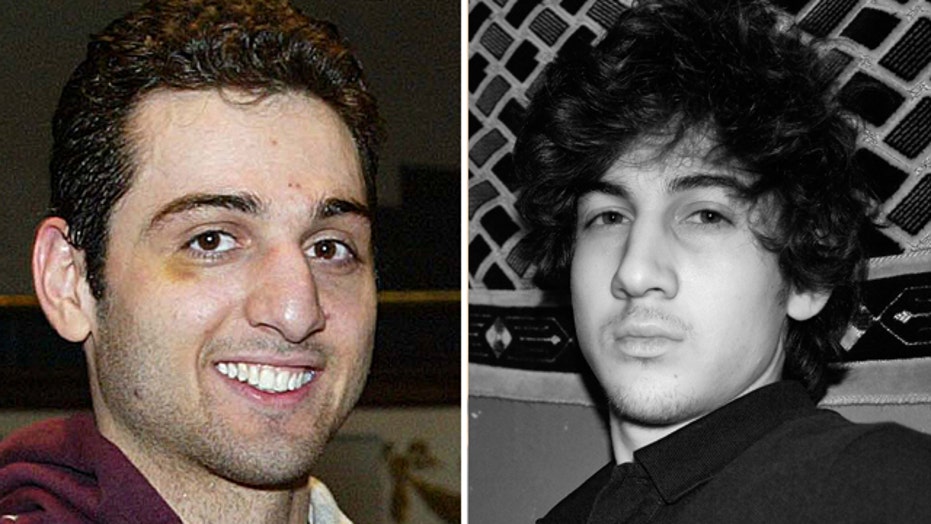 Inside the minds of the Boston bombers

Dr. Keith Ablow on what could have influenced them

Terrorism—homicidal violence of the kind that struck Boston on April 15—requires two things:

1. Clinging to a set of overvalued ideas that may approach the level of a psychotic delusion

2. Being so completely severed from empathy that the suffering of ones' victims is either ignored or celebrated.

Sadly, cultural, religious and political differences will very likely be a source of conflict throughout the world, forever. But when a set of ideas, religious or not, leads a man to blow up innocent men and women and children, that set of ideas is best defined as psychosis.

No rational adherent to a faith or movement would believe that blowing up people in a road race is likely to bring about any real goal.  Any of his hopes are outside our shared reality. They are psychotic.

The fact that more than one person, or even an entire movement of people, may be gripped by a delusion, does nothing to injure the theory.

It could be argued that Jim Jones, who orchestrated the mass suicide of 909 followers of the People’s Temple and the murder of 200 children in 1978, was delusional, as were the 909 followers.

Nazism may best be understood not as rational group hatred, but as a delusion at epidemic levels.

The road to terrorism, then, like all of the recent mass murders we have witnessed, may also run directly through mental illness.

In this regard, the most vulnerable people are those who suffer psychological disorders, prior to being exposed to powerful, core delusional ideas (radical, terrorist theology, in the case of the Boston Marathon bombers).

The depressed man, wandering a dark emotional landscape, so bleak that it can obscure any idea that previously seemed meritorious to him, even making him as though a stranger from his wife or children, is an easier mark.

Cults prey on those who are psychologically unstable, offering them a fixed and false (delusional) point of view on the world around them and offering them the false freedom of projecting all their suffering on others, rather than seeking to understand it and truly overcome it in themselves.

Understanding extreme religious doctrine that advocates killing innocent non-believers to be a delusional mental illness would explains the second condition necessary for terrorism: being completely severed from one’s empathy.

Delusions can do that because they sever the delusional individual or individuals from their capacity to feel the pain of others.  They transmute the "I-Thou relationship" that Martin Buber wrote about into "I-It."

One could argue—and I do—that when a man is deprived of his empathy by a set of beliefs that casts entire groups as inhuman and worthy of death then that man is mentally ill.

None of what I am writing about here excuses the behavior of a terrorist or necessarily suggests the way that a terrorist should be dealt with by the military or the judicial system. But, thinking about extremism as a form of mental illness would certainly suggest a new strategy to combat it.

Would it not be interesting, for example, if aggressively treating depression (especially the kind linked to irritability) in a particular group turned out to significantly impact the likelihood that such a group would spawn extremist violence?