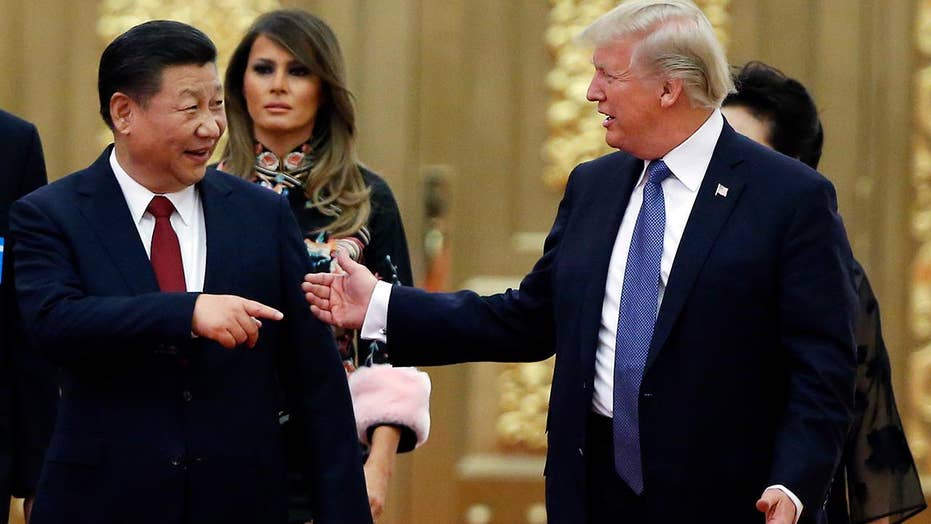 Aside from President Trump himself, Peter Navarro arguably has the toughest job in the White House.

You see, Dr. Navarro directs the White House Office of Trade and Manufacturing Policy. He comes to work every day to be greeted by new evidence of China’s no-holds-barred economic war against the United States, from its cheating on trade to its theft of intellectual property.

His findings are summarized in a new report entitled, “How China’s Economic Aggression Threatens the Technologies and Intellectual Property of the United States and the World.”

The report itself is 36 pages long, but I can summarize it in two words: China cheats.

China cheats by subsidizing the exports of government-owned “national champions” to crush its free market competitors and dominate global markets.

China cheats by preying on weak counties, locking up their natural resources with “debt traps” in an obvious effort to gain a global stranglehold on key resources like bauxite, copper, nickel, and rare earths.  These monopolies are not only being used to fuel China’s industrial machine, but to punish those countries who would oppose its predatory policies.

China cheats by subsidizing manufacturing with cheap loans and cheap energy, and also by turning a blind eye to environment, health and safety standards. Because of its cheating, it already dominates industries ranging from ship production and refrigerators, to color TV sets, air conditioners, and computers.

The economic malaise of the Obama years convinced many in Beijing that America’s best days were behind it. Believing that China’s time has come, Xi Jinping no longer bothers to bide his time or hide China’s capabilities.

Above all, China cheats by stealing key technologies and intellectual property from the United States and other countries. These activities range from cyberespionage and forced technology transfer down to massive open-source collection and plain-old physical theft.

Suffice to say, if you can imagine a way to steal intellectual property, the Chinese Party-State already has an official government program in place to do just that.

The point of all this cheating is not hard to understand. China wants to capture the emerging hi-tech industries of the future with one goal in mind: to replace the United States as the world’s dominant power.

This is President-for-Life Xi Jinping’s “China Dream,” and it is revealing that he no longer hesitates to admit it.

The old rule in Communist Party circles was that China should “bide its time and hide its capabilities.” This rule, laid down by Paramount Leader Deng Xiaoping in the 1980s, presupposed that China’s success lay in stealth.

Deng intended that China would quietly gain ground on the reigning superpower, the United States, without alarming it. His rule was carefully followed by successors Jiang Zemin and Hu Jintao.

But the economic malaise of the Obama years convinced many in Beijing that America’s best days were behind it. Believing that China’s time has come, Xi Jinping no longer bothers to bide his time or hide China’s capabilities.

Xi’s openness about his global ambitions tells us something very important: He believes China’s future dominance is virtually a foregone conclusion.

Peter Navarro’s report tells something equally important: That China is engaging in unrestricted economic warfare—violating every agreement on patents, trade, and intellectual property it has ever signed--in order to achieve this goal.

The China threat has become so obvious that even many Democrats support Trump’s tough policies on trade. Even Chuck Schumer, who seemingly never opens his mouth these days except to criticize the president, supports Trump on tariffs. He warns that allowing China's massive stealing to continue will cause "long-term real damage to America."

Actually, as Navarro documents, China has already done an incredible amount of damage to America.

Is there still time to stop the criminal enterprise that is China, Inc., from stealing its way to the top?

Only time will tell.