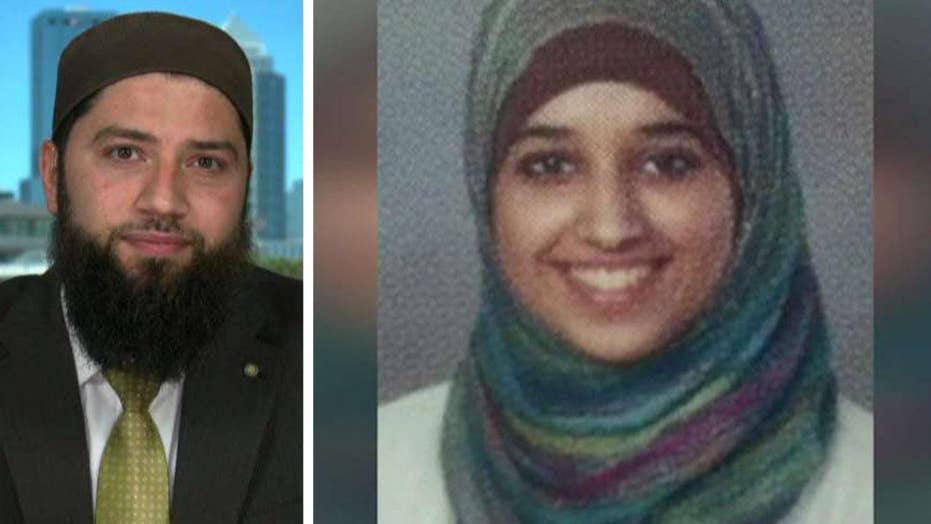 Ever since President Trump has taken office, he has proven to the American people that he will do everything in his power to protect our country from terrorism, including not only completely destroying the ISIS caliphate, but also putting into place mechanisms to stop future attacks by the group on our soil.  That’s why this week when we learned that ISIS bride Hoda Muthana wanted to return back to America after years of allegedly conducting terrorist with the group, it was no surprise that the president took a stand to ensure she and other terrorists do not return. He couldn’t be more right.

While many media outlets have raised the question regarding the legalities of her status as a U.S. citizen, the question weighing on my mind is: how do we know ISIS bride Hoda Muthana isn’t still working for the group?

In my experiences, ISIS brides are extremely loyal to the cause and have absolutely no remorse for their actions because they have been brainwashed. They have seen so much death that they think of nothing else. Everything they do after joining is meant to help the cause and ISIS has proven incredibly good at changing how they view the world. Any remorse that I witnessed in captivity was typically a guise to support the agenda of the group.

CAN US CITIZENSHIP BE REVOKED?

In April 2010, I was a member of a special operations team in Iraq that was responsible for killing the original leaders of the Islamic State: Abu Ayuub al-Masri and Abu Umar al-Baghdadi, after we tracked them down and found them hiding in small hut miles south of Mosul. During the mission that followed, it was discovered that the wife of leader Abu Ayyub al-Masri was present. As the gun battle ensued during the operation to take out the leaders, the wife tried to run in front of the hail of bullets and kill herself for the terrorist leaders. She was ultimately unable to do so because our team on the ground moved quickly to stop her, nearly getting killed themselves in the process.  In the end, she was captured, and then put in a prison where she laid out everything her husband had done to her over the years.

What if Muthana and other ISIS brides returning home could actually be a plan to radicalize more jihadists to the cause?

At the time, there was debate on whether she should be charged with a crime because it was clear she had been brainwashed by the group. But there was nothing that could be done or said to help her after months of questioning, because she eventually made it extremely clear, after acting remorseful at first, that she wanted nothing more than to kill Americans.

This particular moment has still had a profound effect on my life for many reasons. It taught me not only how sick and twisted they are, but also how extremely loyal ISIS brides are to the cause, even if it means certain death.

What if Muthana and other ISIS brides returning home could actually be a plan to radicalize more jihadists to the cause?

Muthana has also indicated she wanted to return back to America, even if it meant serving time in prison in order to repay her debts to society. Infiltrating prisons was always a part of ISIS doctrine. ISIS sees prisons as a huge recruitment tool and they would send their fighters to prison for the sole reason of recruiting others. Even if she is eventually indicted and goes to prison in the U.S., it could be an opportunity for her to radicalize others or promote her story for the cause.

While the legal ramifications of Muthana not being allowed to return will long be debated and could set a precedent for other fighters wanting to return home, it’s no surprise that with Muthana allegedly spending several years urging attacks on Americans, Americans should be deeply troubled by the thought of her returning to our country.