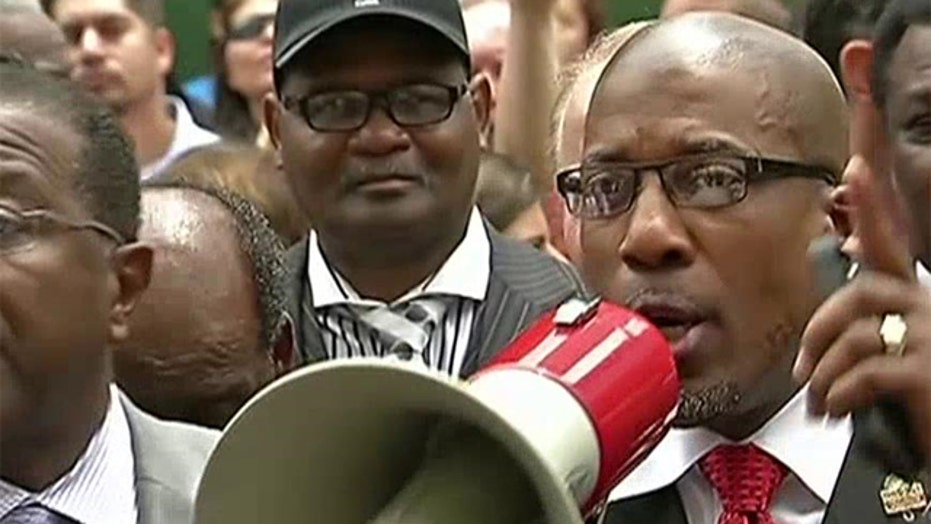 "After much contemplation and discussion, I am directing the city legal department to withdraw the subpoenas issued to the five Houston pastors who delivered the petitions, the anti-HERO petitions, to the city of Houston and who indicated that they were responsible for the overall petition effort," said Mayor Annise Parker in remarks covered by television station KPRC.

My column on the issue sparked a bit of national outrage – well – a lot of national outrage. To be honest it was a full-scale hullabaloo. City Hall was deluged with telephone calls, letters, emails – along with hundreds of Bibles and sermons. More than 50,000 supporters signed a petition.

Nevertheless, the mayor still seems hell-bent on defending the Houston Equal Rights Ordinance – a piece of legislation that will in part give grown men who identify as women the right to use the restrooms of their choice.

The subpoenas were issued in response to a lawsuit filed related to the so-called bathroom bill. An overwhelming number of religious groups were opposed to a provision of the law that would allow men who identify as women to use the restrooms of their choice.

Critics gathered 50,000 signatures to petition the city to put the issue on the ballot. But the city attorney threw out the petitions – alleging there were not enough legitimate signatures.

Erik Stanley, an attorney for Alliance Defending Freedom, represented the five pastors. He said he was gratified the mayor withdrew the subpoenas.

“She really had no choice but to withdraw the subpoenas,” Stanley told me. “She was roundly criticized from the right and the left – from all across the nation.”

Stanley said the mayor’s actions were a violation of the First Amendment and an abuse of power.

“They were only intended to intimidate and to bully pastors into silence,” he said of the subpoenas. “It sent a terrible message to the faith community in Houston and across the country.”

Pastor Steve Riggle was one of the ministers who was subpoenaed.

“You don’t mess with the pulpits,” he told me.

His opinion of the mayor remains unchanged.

“You are not a little dictator to do whatever you want – and that’s what we have right now in Houston, Texas,” he said. “It’s important that everybody keep their eye on what’s happening here.”

The Family Research Council is hosting a nationally-simulcast rally at Riggle’s mega-church on Sunday. Thousands are expected to attend “I Stand Sunday” in person and more than 2,500 churches and home groups have signed up to air the simulcast.

The event includes messages from former Arkansas Gov. Mike Huckabee, Duck Commander Phil Robertson, and yours truly – among others.

“This is what bullies do when people stand up to them,” said Family Research Council President Tony Perkins. “They back down.”

Perkins told me the response to “I Stand Sunday” has been overwhelming.

“Americans realize this agenda is not simply about equal rights,” he said. “It’s about elevated sexual behavior above religious freedom. Americans are tired of being bullied by the left.”

And let’s be honest, folks – that’s exactly what’s been happening in the Lone Star State. Christians are getting bullied by Houston’s mayor and city attorney.

And the only way to stop the bullying is to allow the good people of Houston the right to vote on that nondiscrimination ordinance.

“This is about political intimidation,” Perkins said. “And that intimidation continues as long as the citizens are denied the right to vote on this ordinance.”

Randy White, the pastor of the First Baptist Church in Katy said his congregation is prepared to fight.

“They will stand for any kind of removal of pulpit freedom,” he told me. “The pastor, the church, the congregation has got to be able to speak their mind on issues.”

“I will not turn over a jot or a tittle,” he announced from the pulpit. He warned that turning over any sermons to the government is the “first step towards totalitarianism.”

But he warned that the fight is not over in Houston.

“We haven’t won,” he said. ‘The citizenry of Houston is still denied the right to petition and to vote on this matter,” he said.

And quite frankly, I’m not sure Houston’s mayor will allow them to vote.

On Tuesday a group of clergy met with Houston’s mayor. Afterwards, some of those ministers met with Pastor Riggle. They relayed a portion of the private conversation they had with the mayor.

“She told them, ‘I’m not going to let the citizens of Houston vote on my civil rights,’” Riggle said.

Friends -- that is a very chilling statement.

And it’s just more that whenever you see the word “nondiscrimination” it usually means religious folks are being discriminated against.

I encourage you and your local church to join us on Sunday to send a message to those who would infringe on religious liberty. We will not be silent. We will not be intimidated.