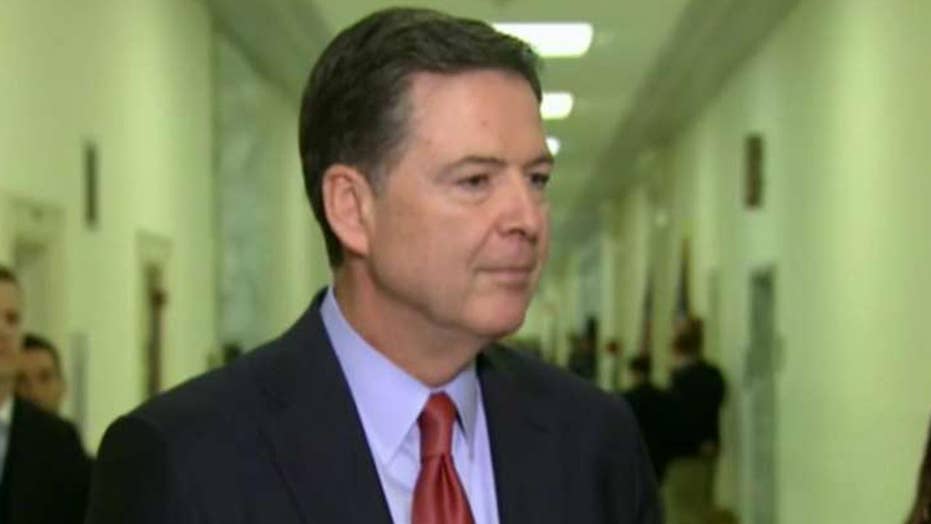 In a curious report on Thursday evening, The New York Times carefully averts its eyes from everything that’s interesting. Even Adam Schiff has acknowledged that James Comey’s actions in 2016 may represent the most important and significant Russian influence on the election. (Hoist your shot glass. This will be the umpteenth time I’ve quoted Mr. Schiff on this matter in this column.)

Surely one of the most consequential pieces of intelligence ever received by U.S. agencies was, as we now learn, received in early 2016 from a Dutch counterpart. This is the dubious Russian intelligence that set off Mr. Comey’s multiple interventions in the last presidential race, culminating in an improper act that may have inadvertently elected Donald Trump. Even at the time Mr. Comey’s FBI colleagues considered the intelligence, which indicated questionable actions by the Justice Department to fix the Hillary email investigation, to be false, possibly a Russian plant.

The Times adds the unsurprising revelation that Mr. Comey himself is suspected in the illegal leak that, in early 2017, alerted the media to this untold aspect of his 2016 actions, before the matter disappeared again behind a veil of official secrecy. Yet bizarrely, the paper plays down its scoop, suggesting that any inquiry into a “years-old” leak now can only be a political hit job by an “ambitious” Justice Department attorney seeking to please President Trump.

First of all, I doubt this subject pleases Mr. Trump—it re-raises the question of whether his election was an accident caused by Mr. Comey. Second, the information is obviously important. The scandal hiding in plain sight is our intelligence establishment’s misuse of its authority to muck around in the 2016 election.