Former acting FBI director Andrew McCabe claims there is an 'inherent weakness' in the process the FBI uses to obtain warrants under the Foreign Intelligence Surveillance Act.

“It connects some dots that have been frustrating to me,” Tolman told “Fox & Friends,” recalling that his suspicions were raised for him when Comey broke Justice Department protocol in 2016 to hold a news conference to announce the FBI would not recommend charges against then-presidential candidate Hillary Clinton over her private emails.

“It’s this pattern and [Andrew] McCabe was following the same Jim Comey playbook, now that we see and, that is, leak when it’s necessary to try to justify what may ultimately be discovered as actions that you wouldn’t want people to know about.”

The new review, which the Times downplayed as a possibly politically motivated probe by the Trump administration, concerns a Russian intelligence document "claiming a tacit understanding between the Clinton campaign and the [Obama] Justice Department over the inquiry into whether she intentionally revealed classified information through her use of a private email server," as the Post described it in May 2017. 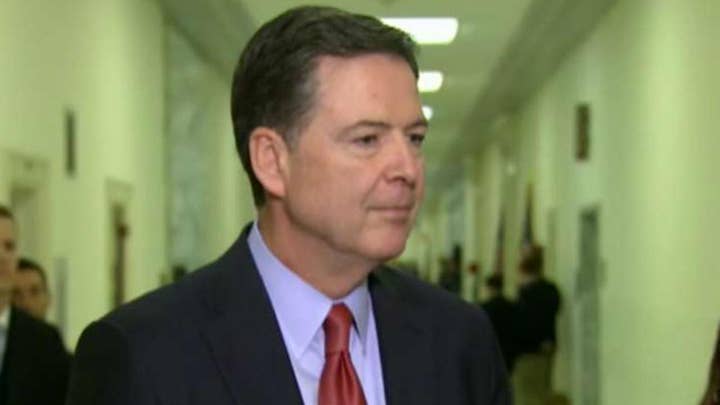 Dutch intelligence accessed the document on Russian computers and provided it to the FBI. Included in the document was a discussion between Rep. Debbie Wasserman Schultz, D-Fla., then the chairwoman of the Democratic National Committee, and Leonard Benardo, who worked with the George Soros-founded group Open Society Foundations.

Schultz told Benardo in the document that then-Attorney General Loretta Lynch would ensure Clinton was not prosecuted in the email probe.

The two have denied the conversation. Citing "people familiar with its contents," the Post reported in 2017 that the document "has long been viewed within the FBI as unreliable and possibly a fake" by Russians. Now suspicion has fallen on Comey being one of those "persons familiar with" the document's contents, according to the Times' reporting.

Tolman said the country puts great trust in the leaders of the FBI and that it appears that under Comey and McCabe there was a "culture" where some officials believed they were "above the law."