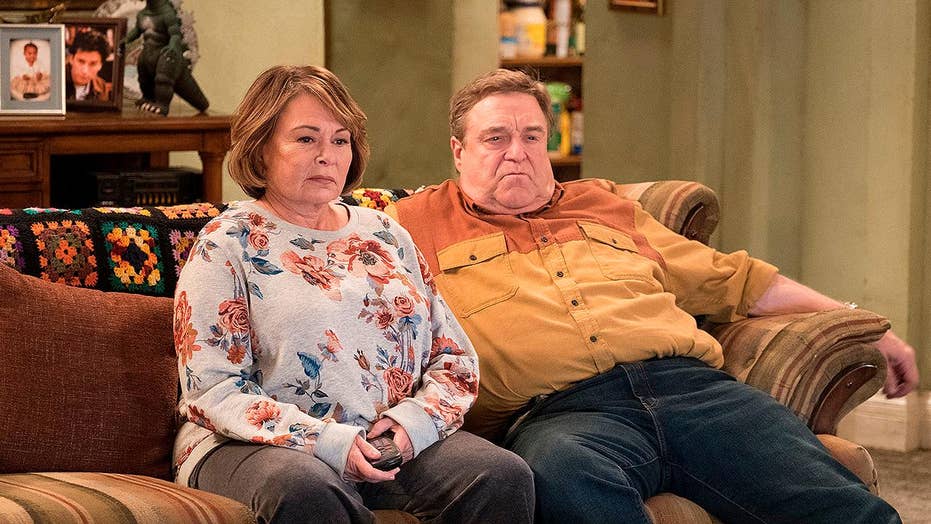 Actor Rob Reiner argues Roseanne is a mouthpiece for Trump. Panel debates the reaction to the show.

Lost in all the recent “Roseanne loves Trump” television frenzy is the much larger and much more dangerous issue of unethical and illegal discrimination practiced by liberals in Hollywood.

It is pervasive and growing.

When asked about Roseanne’s character being a Trump supporter, one of the executive producers of the show spoke about the dread it was creating in the writer’s room.  “Most writers – including me – are more liberal…I’m no fan of Trump at all.  Some people (liberal writers) were new to the show.  We had to keep reminding them that this is not how we feel.”

Tim Allen, who played the very likeable and very conservative Mike Baxter on the hit show believed that one of the reasons Disney and ABC wanted the show off the air was because:  “There is nothing more dangerous now than a likable conservative.”

What is of real interest is that ABC cancelled the show despite the fact that, as Allen confirmed, the writing staff was – no surprise -- “Very Liberal.”

Allen spoke of the real pain caused to the one hundred and ninety staff members and their families when the show was cancelled.

He then pointed towards the children section of the bookstore. “It starts there,” he said. “While publishers will never admit there is a ‘liberal-litmus’ test, they know the background and beliefs of the authors they sign as well as…the ones they no longer sign.”

One could easily surmise that Disney-ABC would rather put fellow liberals out of work than have a “likable conservative” on the air in the era of Donald Trump.

What must not get glossed over in all of this is that Hollywood – like much of the mainstream media and academia – blatantly discriminates against conservatives, Republicans and even Christians with impunity.

They break the law on a regular basis and there is never any accountability.

Why?  Because liberals have gained a strangle-hold on the three major megaphones of our nation – the media, entertainment and academia -- through years of illegal and unethical discrimination and now work overtime to cover it up.

As history has taught us, totalitarian domination of any government, institution or medium only leads to the immoral, inexcusable, and often criminal treatment of those being shut out or persecuted.

Not only are liberals allowed to discriminate against Republicans, conservatives and Christians without fear of accountability, but they smear those they oppose with misogynistic, bigoted, and racist terms.

As part of the larger “entertainment” world, book publishing is also coming to be monopolized by the left.

On a recent trip to London, I sat down with the owner and manager of a book store who previously worked for a major publisher.  By his own admission, he described himself as “very liberal.”

As we talked, I asked him if he felt that conservative and Christian authors were being discriminated against by certain publishers?

“Unfortunately, yes,” was his answer.  “Maybe not in a deliberate and overt way, but more as a result of human nature.”

He then went on to explain that over the last couple of decades more and more liberals had risen to the top of the publishing world both in the United Kingdom as well as in the United States.  He further stated that while few in publishing would want to admit it, “Human nature dictates that we tend to hire people who think like us, look like us and then act like us.”

As we were having coffee, I asked him if there were any conservatives or supporters of Prime Minister Theresa May working in his bookstore?

“No,” he said in a somewhat embarrassed way.  “And I dare say, not in other bookstores as well.  It’s that ‘discrimination by human nature’ thing again.  The owners and managers are liberal, therefore we tend to hire liberal staff.”

He then stressed, “The trend now in publishing, at least in the minds of those who control it, to level the playing field and publish minority, female, minority-female, and politically-correct authors.  All liberal and all I am sorry to say, at the expense of conservative and Christian authors.”

He then pointed towards the children section of the bookstore.

“It starts there,” he said.  “If you look at the authors of most new children’s books, you will notice the trend right away.  While publishers will never admit there is a ‘liberal-litmus’ test, they know the background and beliefs of the authors they sign as well as…the ones they no longer sign.”

“Meaning conservatives and Christians?”  I asked.

As one of those “conservative and Christians,” I denounce discrimination of any type.  Period.  If you are liberal, a non-Christian, an atheist, a Democrat, or a minority from any category and want to contribute to the public arena in a civil way, I will fight as hard as anyone for your right to do so.

None of us are infallible.  All of us can be wrong.  All of us should have an open mind to thoughts and positions counter to our own.

Discrimination and blacklisting against conservative and Christian thought in Hollywood, in music, in the mainstream media, and in academia has gone well beyond anything seen in the “McCarthy Era.”

Which liberals in those fields will have the honesty to admit it and the courage to condemn it?