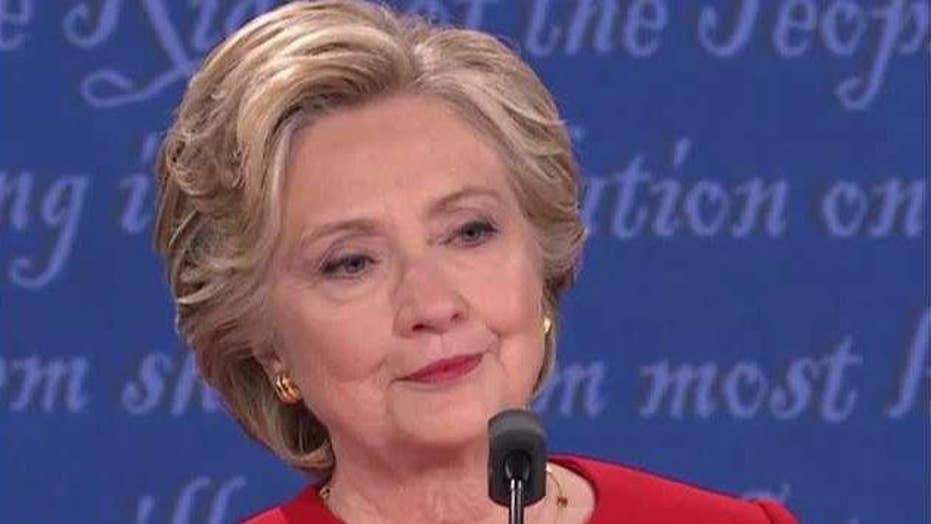 Clinton: I prepared to be president and that's a good thing

Well, they were both themselves. And Hillary Clinton was the winner.

It wasn’t always clear that this would be the case as things began well for Donald Trump on Monday night at Hofstra.

The first third of the first presidential debate of 2016 was as close to a dream for the Trump campaign as they could have envisioned.

The Republican nominee was focused on the key themes of his campaign: his outsider status, strong business record and why we can’t trust someone who has been in politics for 30 years and not solved any of our nation’s problems. He spoke passionately about protecting American interests from perilous trade deals, a message that has been resonating with voters across the aisle. And he didn’t lose his cool – at least at the beginning.

The debate, taken in its entirety, demonstrates how much preparation really matters. She was ready for all of his quips with a litany of detail that may have bored the viewer at points, but showed why she is winning on qualifications, experience and temperament in every poll.

For her part, Hillary Clinton began strong, but was too political and focused on her talking points. This is a change election where 55 percent of Americans want to go in a different direction and she failed to make clear how she is that change candidate. Instead, she emphasized the need to make the economy fairer and work for all Americans, to grow the economy and build the kind of country we want to live in – all themes that she discusses day after day and have shown to resonate very little with voters.

But then things changed.

The debate, taken in its entirety, demonstrates how much preparation really matters. She was ready for all of his quips with a litany of detail that may have bored the viewer at points, but showed why she is winning on qualifications, experience and temperament in every poll.

Indeed, there was not a moment when Clinton appeared rattled. This is undoubtedly because of her preparation but also because Trump missed a few crucial opportunities, most notably in not hitting her for her use of a private server when she was discussing cybersecurity or when she made mention of a special prosecutor. Why he didn’t seize those openings is beyond me.

He also struggled on key issues like his taxes wherein he appeared to suggest that he doesn’t pay federal taxes because the government misspends our dollars and she was able to control the debate on the birther issue and foreign policy.

Clinton effectively used Trump’s words against him, especially in discussing nuclear weapons and the importance of America standing by our allies. She also garnered some of her highest marks in focus groups for her responses on healing racial tensions in America.

Clinton surely spoke in policy terms – she’s a wonk, after all. She could’ve used more stories of real people and that will be something she will work on for the next debate. It humanizes her and makes it clear that she has dedicated her life to public service so that she can help all Americans.

But ultimately, everything she did on Monday night was enough to prove that there’s a reason she’s the Democratic nominee. There won’t be anyone saying she isn’t presidential and though Trump had his good points – namely at the start of the debate – it’s clear that he was not cogent and generally discursive. He rambled and was rattled, two things that don’t read well in a debate.

However, this doesn’t mean that the trajectory of the election will change or that there will be a major shift.

It’s possible that she blunted some of his momentum, but I doubt that Clinton changed many minds this evening. That said, she did lay the ground work for the rest of the campaign to effectively use Trump’s own words against him. And, she proved that if Americans are going to vote on the basis of temperament and experience, they’re going to be voting blue on November 8th.