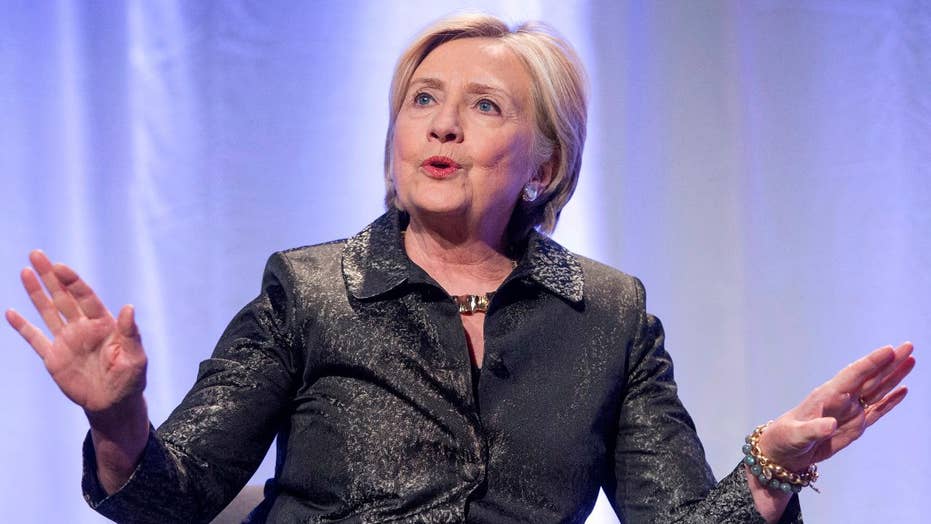 The former DNC interim chairperson writes in her new book that Hillary secretly took control of the party's finances in 2015.

Donna Brazile, the former interim chairwoman of the Democratic National Committee, is in search of absolution. In a cloyingly self-pitying article for Politico Magazine excerpted from her upcoming book, she reveals the extent to which the DNC willingly surrendered control of the organization to Hillary Clinton’s campaign well before Clinton became the party’s presidential nominee.

In the article, Brazile scolds her predecessors at the DNC and scolds President Obama and his allies for allowing the party’s fundraising apparatuses to atrophy. But most of all, she attacks Hillary Clinton.

Brazile alleges that the joint fundraising agreement the DNC signed with the Clinton campaign in August was “unethical,” a claim disputed by DNC Chairman Tom Perez. And she confesses to being disturbed by her inability to confirm that the DNC was not trying to “throw the primary” to Clinton.

Finally, Brazile reveals that she knew all along that the polls couldn’t be trusted, even if the Democratic Party’s elected representatives and pollsters had no idea. “I found a lack of enthusiasm for her (Clinton) everywhere,” she confessed to Bernie Sanders alone.

Brazile could endure the shame of secretly relaying Democratic primary debate questions to Hillary Clinton when the Clintons were the powers that be. But those days are over. Now it’s Bernie Sanders’ party, and Brazile is surely hoping her offering to the new overlords will be satisfactory.

It’s not necessary to buy every detail of Brazile’s account to see the writing on the wall. When asked about Brazile’s confessional and whether that meant that the primary was rigged against Sanders, progressive darling Sen. Elizabeth Warren, D-Mass., replied flatly, “yes.”

This is no country for a Clinton.

Brazile’s self-serving effort to expose the Democratic Party’s skeletons is a step toward recovery. It demonstrates that the party’s efforts to avoid conducting an “autopsy” on its failed effort in the 2016 election can only be suppressed for so long.

Democratic lawmakers and party insiders have gone to great lengths to ensure that any postmortem on the 2016 race is kept under wraps. But rather than controlling the direction in which the party’s post-2016 debate will flow, the Democratic Party has inadvertently let activists and pollsters perform the dissections on the party’s 2016 corpse.

A study conducted by the Democratic political research firm Global Strategy Group, for example, found that the Democratic Party’s base voters actually did turn out to vote. But the problem for Democrats was that many of them turned out to vote for Donald Trump.

“Those Obama-Trump voters, in fact, effectively accounted for more than two-thirds of the reason Clinton lost,” the report said.

Another study conducted by the super PAC Priorities USA learned that voters in swing states, including many Democrats, thought the Democratic Party was more likely than the GOP to favor the wealthy, and voted accordingly.

It’s all rather confusing and often conflicting. Now, nearly a year later, the Democratic Party is awash in competing narratives. In a comprehensive New York Times Magazine piece, Robert Draper examines a party at war with itself – not over policy, but over tone and tactics.

For example, Chicago Mayor Rahm Emanuel helped engineer a Democratic takeover of Congress in 2006 by hunting for conservative Democratic prospects to run in conservative districts.

“When I was recruiting candidates, I’d get yelled at,” Emmanuel confessed. “‘Why is he getting all these sheriffs and military guys?’ It’s because they were running in red districts!”

Emmanuel is still getting yelled at. Progressive Change Campaign Committee founder Stephanie Taylor attacked Emanuel’s “50-state strategy” for, of all things, only being able to maintain control of the House for four years. Had the party run true-blue progressives in those red districts, she said, the Democrats might have enjoyed more “lasting success.”

The impulse to impose ideologically progressive homogeneity on the Democratic Party is evident in how the progressive activist base responded to Virginia Republican gubernatorial candidate Ed Gillespie’s foray into immigration-related issues.

Gillespie’s decision to make the matters of the MS-13 gang and sanctuary cities an issue in the Virginia gubernatorial campaign has offended the sensibilities of his Democratic opponents. They claim, correctly, that MS-13’s presence in Virginia is, while not negligible, numerically modest. They add that there are no sanctuary cities in Virginia.

To even raise this issue is to inflame cultural tensions toward no higher purpose than dividing the electorate against itself and stoking racial anxieties. But it wasn’t until the Democratic candidate for governor, Lt. Gov. Ralph Northam, confirmed that he would sign an anti-sanctuary city bill if one crossed his desk that the progressive left truly revealed its capacity for inchoate rage.

Ezra Levin, one half of a team of activists lauded in Politico as responsible for crafting the “playbook for stonewalling the Trump presidency,” attacked his favored candidate, writing that “parroting Gillespie’s hateful xenophobia is despicable.”

The activist organization Democracy for America went a step further and dubbed the Northam campaign itself a “racist” organization.

This isn’t political analysis; it’s a primal scream. Moreover, it has blinded progressives to the fact that local candidates know best how to appeal to their constituents.

A Monmouth University survey released Oct. 17 found Gillespie’s message on crime and immigration resonating with voters. Gillespie’s image on crime had improved markedly over the course of one month, coinciding with a decline in overall support for Northam.

“This is a game of inches right now, so any small advantage counts," said Monmouth pollster Patrick Murray.

Northam’s struggles are indicative of a broader problem with a party that has outsourced agenda-setting to the activist base. Longtime Democratic pollster Stanley Greenberg recently warned his party that the Democratic brand is “weakening” and the opportunities the party could enjoy in 2018 will be forfeited if Democrats do not develop a concise agenda.

Greenberg advised Democrats to hammer away on the GOP’s failure to preserve access to health insurance, preserve entitlement programs, or protect the little guy from abuse. Greenberg’s firm found that the message that tests best with voters is a familiar one: “Trickle-down has failed and the richest need to pay their fair share of taxes.”

Say what you will about the GOP’s 2012 “autopsy,” at least the Republican Party engaged in an open display of introspection in the wake of a humiliating defeat. The autopsy galvanized a Republican activist base resentful of what it saw as the false elite consensus around diversity and immigration, and vowed to show the party leaders why they were wrong.

Perhaps mindful that Donald Trump’s nomination represented a repudiation of that Republican autopsy’s recommendations, Democrats have opted to pass on the public self-flagellation. In the process, though, they’ve only hastened the same reckoning that Republicans endured.

Democrats didn’t make anything better by performing the autopsy on Hillary Clinton’s 2016 prospects behind closed doors. Now, instead of controlling events, events are in control of them.

Noah Rothman is the author of “Unjust: Social Justice and the Unmaking of America,” available on January 29 from Regnery Publishing.