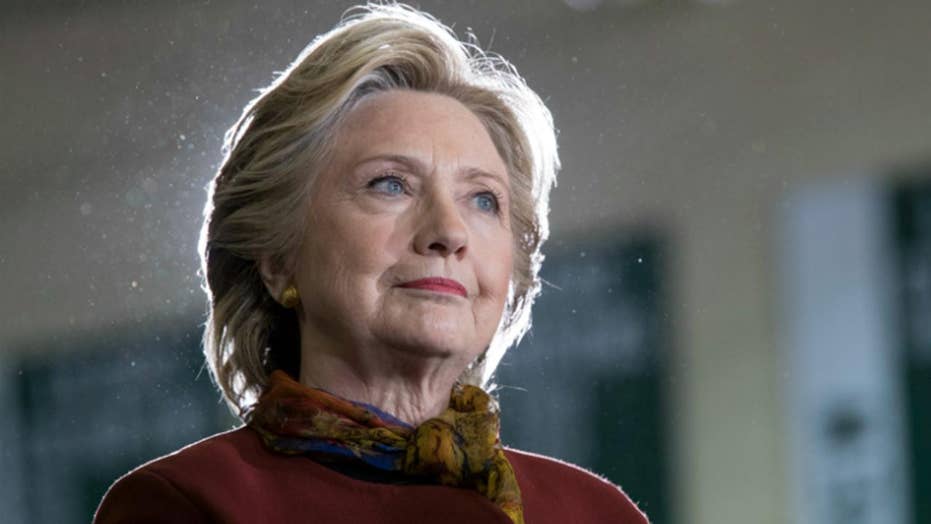 DOJ launches probe into whether the Clinton Foundation was involved in pay-to-play politics when Hillary Clinton served.

Hillary Clinton visited Georgetown University’s Institute for Women, Peace and Security on Monday and presented an award named after herself to Nadia Murad, a former ISIS prisoner; and Wai Nu, a former political prisoner from Myanmar.

During her speech, the 2016 Democratic presidential nominee continued many of the themes she had spoken about during and after the campaign – the power of women; the inequalities they face; and, of course, how terribly unfair the world has been to Hillary Clinton.

During a pivotal moment in the presidential campaign, Donald Trump was asked if he would concede the election should he lose to Clinton. He responded that he “will keep you in suspense.”

Clinton called his answer “horrifying” and said he was “talking down democracy.” I was also critical of Trump’s comment. The idea that a candidate for president wouldn’t accept the legitimacy of the eventual winner was indeed horrifying.

At Georgetown, Clinton turned what should have been a noble event honoring women who have suffered through great adversity into a criticism of America.

But since then, Hillary Clinton has consistently complained about President Trump’s legitimacy. She alludes to the election having been stolen and engages in the same type of attack on our democracy that she accused candidate Trump of making with his comments.

Talking to NPR last September, Clinton said she wouldn’t rule out questioning the legitimacy of the 2016 election as we learn more about Russian involvement. She doesn’t try to stop talk on the left of installing her as a rightful leader. She sits back and lets the conversation happen.

Clinton blames Russia, former FBI Director James Comey, voter suppression in Wisconsin, and sexism – always sexism – for why she didn’t win the presidency. She did it again at Georgetown on Monday, keeping her supporters in a frenzy.

No one is saying that Clinton shouldn’t criticize President Trump. “Dissent is patriotic” as the saying goes. But Clinton’s criticism of the man who defeated her more than a year ago often just spills over into general criticism of an America that chose not to elect her president.

At Georgetown, Clinton turned what should have been a noble event honoring women who have suffered through great adversity into a criticism of America.

Clinton said Americans fighting injustice around the world are engaged in vital work and then turned her attention to “the challenges we face in our own country,” as if any challenges she could mention could compare to the ones faced by the women she was there to honor.

It was a powerful moment for women in America and around the world. Hillary Clinton instead made it about herself.