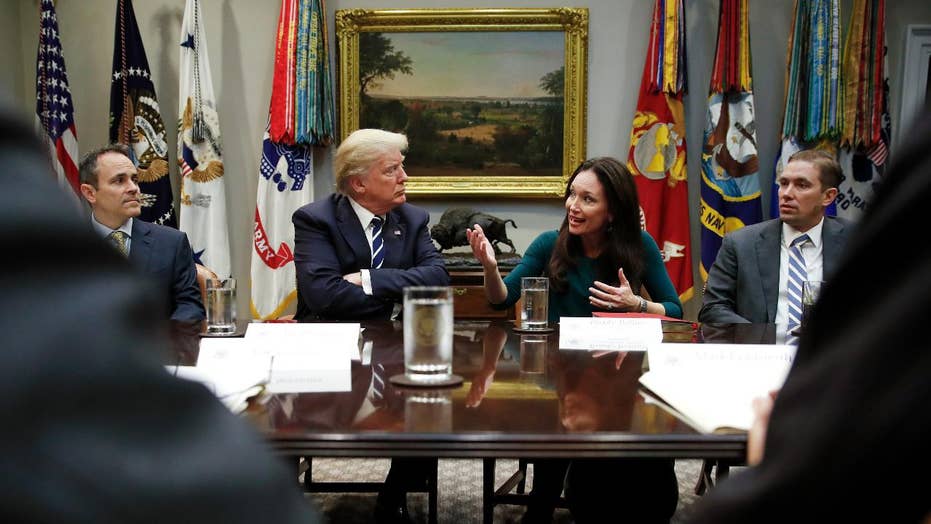 The conference focused on how to re-integrate non-violent criminals into society and keep them from returning to prison; Kevin Corke has more for 'Special Report.'

Criminal justice reform may wind up being the most significant conservative policy change in Washington this year. That may sound surprising to some, but not to anyone who has been watching this movement in conservative states over the last decade.

Starting in Texas, conservatives of all stripes – fiscal, social, constitutional, or otherwise – have found favor with reforms to the criminal justice system that focus on increasing public safety and cutting costs to taxpayers. This is, seemingly, a very commonsense goal. But take a look at how most states and the federal government operate and you will find that well-functioning, well-focused systems are far from the norm.

The results are undeniable: Texas has lowered its overall crime rate 31 percent, putting it at levels that have not been seen since 1967. In that time, the Lone Star State has closed eight prisons and lowered the incarceration rate. This flies in the face of the old, mistaken ways of viewing criminal justice policy that considers incarceration the default rather than one tool of many to protect public safety.

At the heart of the Texas reforms is the idea that the nearly all of those incarcerated will eventually return to society after serving their sentence and therefore they must be rehabilitated to ensure that they do not return to a life of crime. Prisons cannot be mere people warehouses. For the offenders who commit to it, there is a real opportunity for redemption and second chances.

To no conservative’s surprise, the federal government lags behind in this area. The budget for the Bureau of Prisons is growing out-of-control. The BOP’s budget is now over 25 percent of the total budget for the Justice Department – a massive line item for an already over-indebted government. The outdated policies passed by Congress in the 1980s and 1990s are in desperate need of updating to match what states have shown to be successful.

There are two bills currently before Congress that will push for conservative changes. Rep. Doug Collins of Georgia and Sen. John Cornyn of Texas, both Republicans, are the lead sponsors on two prison reform bills that focus on preparing prisoners for re-entry.

These bills don’t reduce the sentences for crimes, but rather encourage inmates to participate in recidivism-reducing programming by offering incentives that include more phone calls and visits with family, and earned time to spend the end of their sentence in a halfway house, home confinement, or community supervision.

This gradual reintegration to communities is a far better option than taking someone from behind federal prison bars and throwing him or her back into real life with no real ability to get back on his or her feet.

There is further encouragement coming from, of all places, 1600 Pennsylvania Avenue. President Trump has stated the case well: there is a path to remain “very tough on crime, but we will provide a ladder of opportunity to the future.”

In his listening session at the White House recently, the president further explained: “My administration is committed to helping former inmates become productive, law-abiding members of society.” President Trump has made it clear that this is an issue that conservatives across the country can rally behind.

With the state examples as proof, and with a push from conservatives in the White House and Congress, criminal justice reform is a clear winner for the right. It is time for Congress to move on conservative reform as soon as possible.

Jerry Madden, former Texas House Committee on Corrections Chairman, is a Senior Fellow at the Right on Crime campaign.