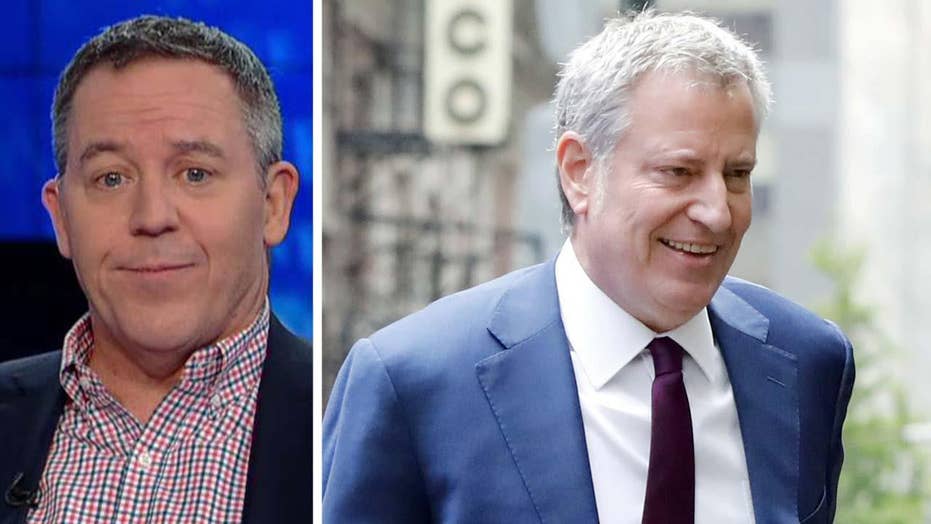 Gutfeld on the worst mayor ever entering the race

If everyone in your city hates you, running for president is better than getting run out of town.

It’s official. The 23-headed jack-in-the-box just grew another head. And boy, is it empty.

In an interview on ABC-TV, George Stephanopoulos pointed out that a Quinnipiac Poll showed 73 percent of New York City Democrats say de Blasio should not run for president.

De Blasio responded by saying that “the poll that actually matters is the election – so, New Yorkers have twice said that they want me to lead them.”

Then, discussing President Trump, de Blasio said: “I call him Con Don. Every New Yorker knows he's a con artist. We know his tricks. We know his playbook. I know how to take him on. I've been watching him for decades.”

De Blasio is one of the most inept mayors in human history. Now he’s decided to take his incompetence national, vowing to steal your money and spread it around. But I guess if everyone in your city hates you, running for president is better than getting run out of town.

No one likes this guy. Just a few days ago, when de Blasio was speaking at an event, protesters chanted “worst mayor ever” “liar, liar” and “can’t run the city, can’t run the country.”

Police, business owners, taxi and Uber drivers all hate him. He's more despised than disgraced Congressman Anthony Weiner. In fact, he’s Weiner without the Weiner jokes. In other words, he’s nothing.

But Bill can’t see that. The climate warrior keeps his tinted windows rolled up, as he motorcades to the gym in Brooklyn every day.

Meanwhile, where does a chunk of your paycheck go? To his wife, who spent hundreds of millions of dollars on a program for the mentally ill, with no visible results -- except that there are more mentally ill. Was that the point?

De Blasio is power at its worst: coercion mixed with cronyism, and constantly bailed out by the adults he scoffs at. Meaning the police, who continue to make this city safer, so Bill can ruin other things. He benefits from them, but also from the past.

Why? No one voted. When one party runs the joint, why bother.

America is different. The moment they get their taste of de Blasio, it will be a nationwide hurl. Prepare to duck.