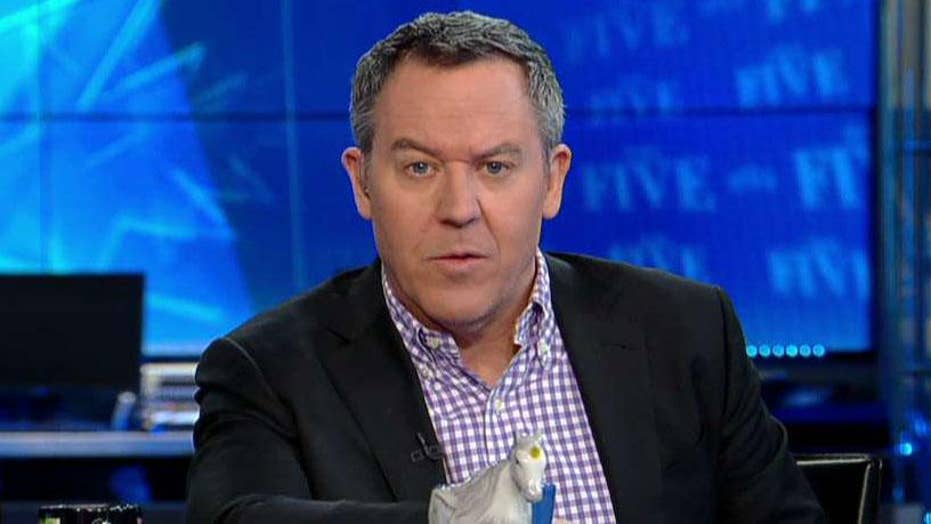 Gutfeld on the media in denial over collusion

Journalists get defensive after botching the Russia collusion story.

Now that Special Counsel Robert Mueller found no collusion between Russia and Donald Trump or his campaign to win the last presidential election, what do the media do? When faced with a resounding humiliation that exposes how badly you messed up the news, you have two options.

A. Admit your mistakes, and learn from them.

B. Circle the wagons and dig a deeper grave.

Guess what the media chose?

DAN GAINOR: MEDIA HARASSED TRUMP DAILY WITH BOGUS RUSSIAGATE CLAIMS. NOW THEY SAY IT'S THEIR CRITICS WHO GOT STORY WRONG

Joe Scarborough on MSNBC says the media had no choice but to keep reporting on the claims of Trump-Russia collusion that have now been disproven.

Rachel Maddow on MSNBC was talking about President Nixon last night. Without the

Russia story she's reduced to doing a history class for shut-ins. She’s one month from scribbling "help me" on a chalkboard.

Meanwhile, CNN honcho Jeff Zucker excuses his guilt. He says that "we are not investigators, we are journalists." So he admits, his anchors are only stenographers – not people capable of ferreting out facts. Why work, when Media Matters can fit your script onto one sheet?

But that doesn't explain why CNN climbed into bed with lawyer Michael Avenatti as he tried to destroy an innocent man – President Trump. Now he's been arrested, and one of CNN's legal analysts may have been involved.

It would be nice to see some introspection from the media. Maybe ask themselves "how did we fall for this?" And "did we play a role in fooling others?"

But the media can’t, because there’s profit in this narrative – a narrative that sowed division that could have destroyed a country by branding a president a Russian spy. They didn’t care. They still don't. Their problem is they got caught.

But I'm worried. What do these people do when they've driven their profession into the ground?

There’s always vaudeville. Always good to have a backup plan.