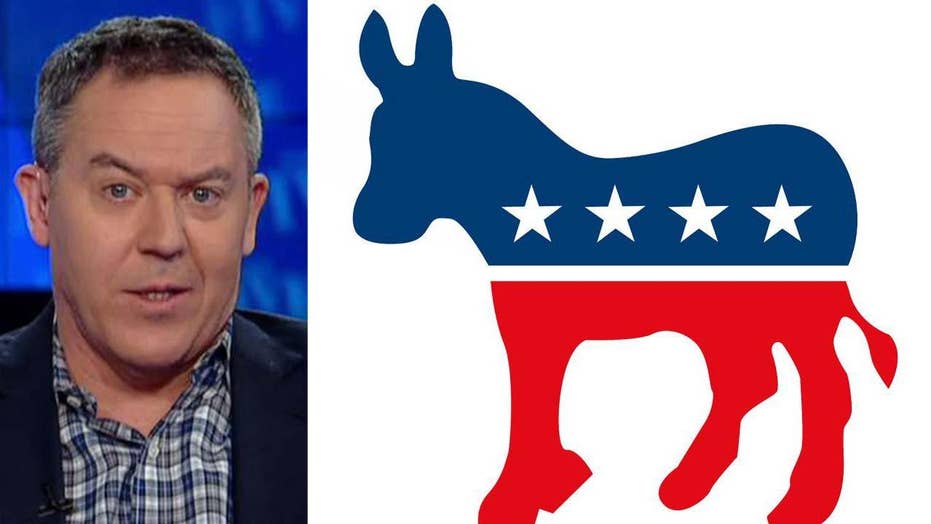 Gutfeld on the Democrats' failing 2020 message

We're 18 months away and the Republicans already have their presidential nominee – President Trump.

The Democrats? They’re narrowing their choices down from what a Republican operative called one big socialist organism with 22 heads. Which assumes some of these people actually have heads.

The Democratic Party response? They say that every time they try to help the underdog, they’re criticized for advocating socialism.

But actually, socialism is all about creating underdogs.

The Dems have all the ends and none of the means – promising lots of toys from Santa without ever trying to build a workshop.

Which is why at the end of every false promise the Democrats always say we need to soak the rich with big tax increases – until there are no rich people left. Except for their rich friends, of course.

And it never works. Because even in a free market, you can’t bankroll a left-wing money pit. Venezuela was rich once upon a time.

But will this next election be another clash between Republicans and Democrats – or not?

Panic hasn't hit the Dems yet, because they haven't learned a damn thing from 2016.

The lessons are clear.

The healthiest, widest swath of America hates politicians and the media that select them. It’s a healthy perspective, for it opens the door to candidates who don't fit into boxes, or change their accent, or fake phony cadences.

The Dems, when you think about it, could use someone like Donald Trump.

But that’s a political phenomenon born from exhaustion. America got sick of the game.

So if the old politician was the bubblegum rock of the '70s, Trump was the punk rocker who cleared the field.

Will the Dems find their Ramones? Their Johnny Rotten?

Don't ask the Dems. They haven't the slightest clue.