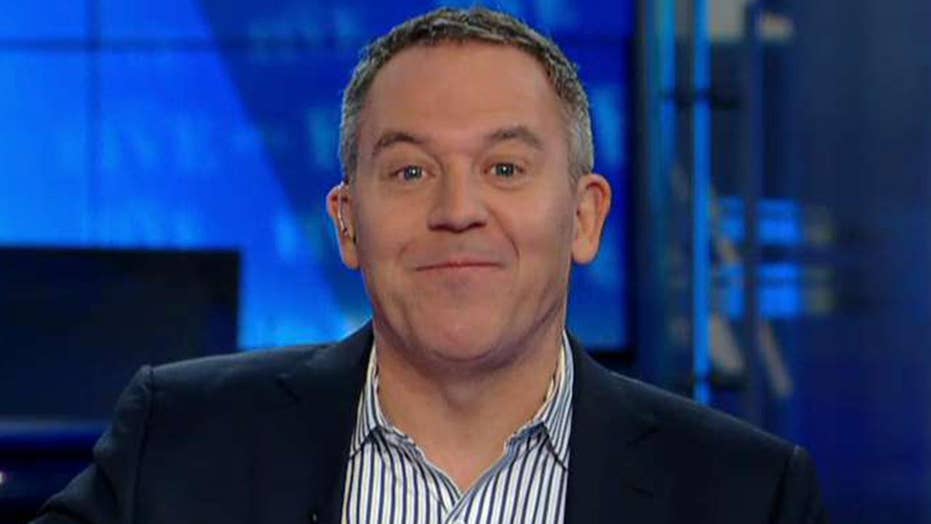 Gutfeld on Nick Sandmann's lawsuit against the Washington Post

The media made tons off of Covington Catholic High School student Nick Sandmann. Why shouldn't he get a piece of the action?

Nick Sandmann, the smiling target of the infamous Covington smear, is suing The Washington Post for 250 million bucks for leading the media mob.

Can’t say I blame him.

Because the story isn’t about Covington, but those who covered it – not to mention all the money they made off that smear.

This case – along with Supreme Court Justice Brett Kavanaugh, actor Jussie Smollett and a hundred others – need to be a journalism course. One that reveals how echo-chamber media gins up outrage, protects narratives and steers social media into a frenzy.

We blame Twitter – but Twitter’s just the wall the media throws stuff at to see what sticks. If it sticks, you make a lot of money or use it to build the reputations of some left-wing hacks.

Nick's lawsuit means that in the future, some dope can’t brag to the Pulitzer committee that he broke the Covington story!

Remember the Supreme Court Senate confirmation hearings for Clarence Thomas, and how that turned many liberals, like Andrew Breitbart, into fire-breathing conservatives? Sometimes a show trial reveals more than you think.

Sen. Diane Feinstein, D-Calif., traded her reputation for a shot at Kavanaugh.

Since 2016, those epiphany moments like Covington have piled up. In mere months we've seen three major media fails.

There are others. But there's only one persistent culprit at the crime scene: the mainstream media.

Journalists who are writing for other journalists, hoping to get a better job, a book deal, a prize, a minute on TV.

And the motivating factor behind the machine: conflict.

Yeah, the media made tons off Covington. So why shouldn’t the kid get a piece of the action?

After all, without poor Nick, some of us would have to work for a living.