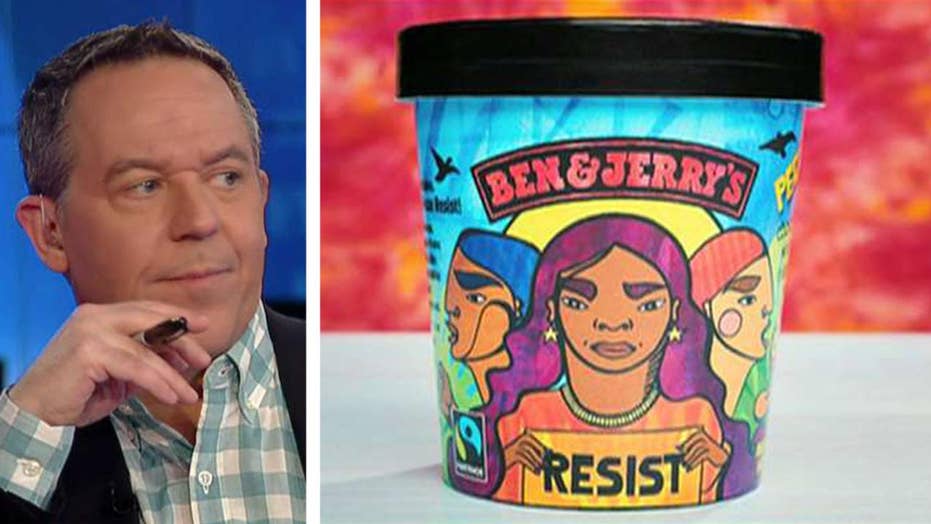 Ben & Jerry's has a new ice cream flavor, dedicated to the resistance. And like the resistance, it contains nuts. I know. Too easy. But here's another example of how the left injects politics into everything.

Remember when politics stayed in its ugly little lane? Now, it's all over the place: sports, movies, your dessert. That's what happens when you decide that the personal is political.

You can't escape it. Look at the label. Maybe it's me, but I prefer not to be glared at while eating ice cream. I get that at home without the carton. But thanks to the left, keeping politics out of regular life is seen as complicit to evil. If you don't join our mad crusade, you're the problem, too.

Now I bet it tastes good -- but who cares. The company says that by purchasing this glop you'll be supporting "groups...who are fighting President Trump's regressive agenda."

They should add, "while also adding to your deadly obesity." Because isn't that what Ben & Jerry's does? They speak calories to power.

According to the NIH, obesity and being overweight together leads to 300,000 deaths per year in the U.S., that's second only to smoking.

The math is simple: if obesity kills that many people a year, and ice cream makes you obese....how large a role does Ben & Jerry's play in this? Aren't they part of the problem? They're like overweight Marlboro men!

Maybe that’s why they play up the activism.

They want you to think their heart is in the right place, as they're busy clogging yours.