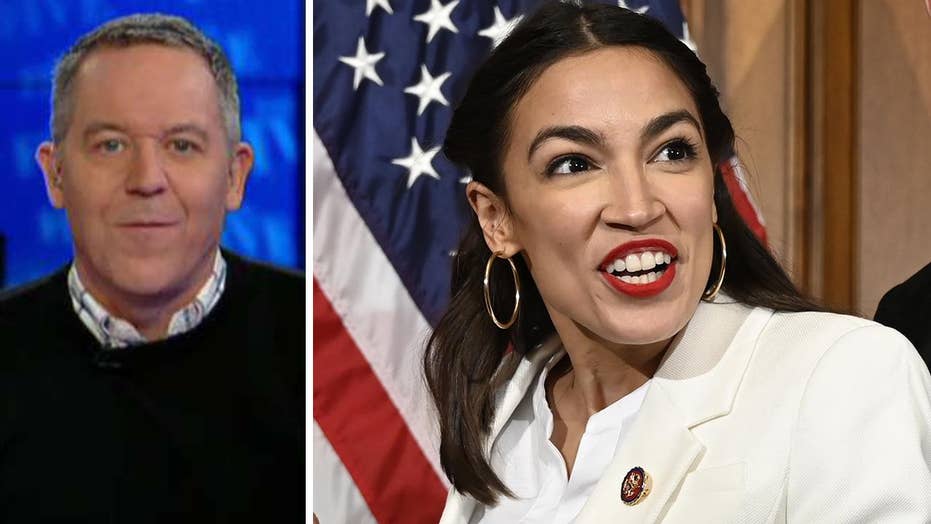 Socialism is a brand that happily reinvents itself with every new generation.

Rep. Alexandria Ocasio-Cortez, D-N.Y., was on “60 Minutes” Sunday night – quite a feat for a newcomer. Must be all her great new ideas!

She said “people are going to have to start paying their fair share in taxes” and “once you get to, like, the tippy tops – on your 10 millionth dollar – sometimes you see tax rates as high as 60 or 70 percent.”

Now the real story isn't AOC's old ideas, it's the media's gushy view of her! Even with her old ideas – she gets on “60 minutes!” The past is called the future, and you better love it.

CLICK HERE FOR JUSTIN HASKINS: WHAT YOU SHOULD KNOW ABOUT ALEXANDRIA OCASIO-CORTEZ'S SOCIALIST VISION FOR AMERICA

Take AOC's delightful dancing video. Last week the media created a fake story that conservatives attacked her over this trifle. Not really.

In fact, the only stories written about the dance were by libs using it to falsely smear the right.

So the press create a shield around AOC, in which any criticism must be due to sexism or bigotry – when in fact it's in their heads, not ours.

But this strategy works, by preventing real criticism about her actual beliefs, which are retreads of horrible ideas from previous centuries. Socialism with a smile; fascism among friends, Venezuela meets vegan.

The sad news is that we have proof of such utopian nightmares. Sadder news: so many young people don't care. Socialism is a brand that happily reinvents itself with every naive generation.

AOC's fans like to say "she's living in our heads," like Pharrell Williams singing “Happy" – but in fact it’s the policies that live in our heads – and should – because we know people who've been brutalized by such ideas.

When you hear someone talk about socialism like it's a fun new way to pay my college debt, you gotta scream.

Just prepare to be called awful things for doing so. Today, pointing out the evil of the past makes you the bane of the present.