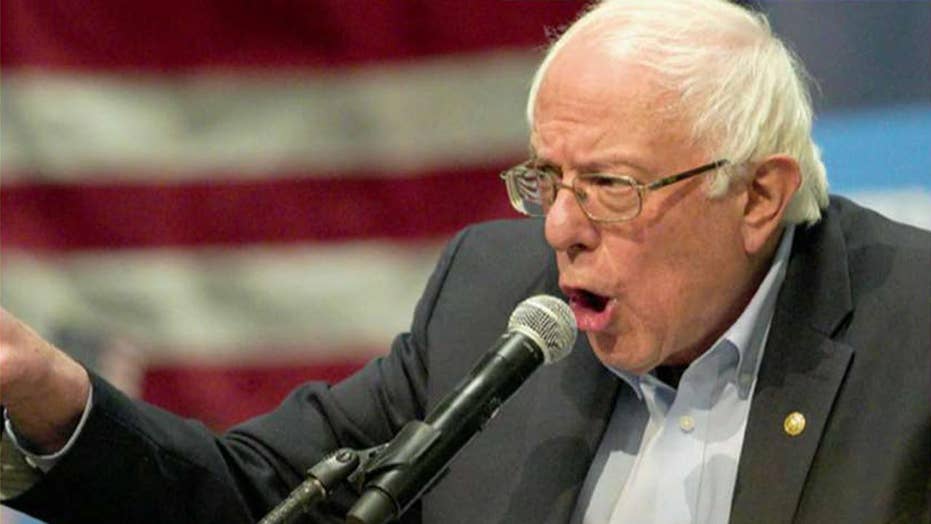 Gutfeld on Bernie's comments about China

In an interview with The Hill, Democratic presidential candidate and avowed socialist Sen. Bernie Sanders, I-Vt., said China had done more to address extreme poverty than any country in history.

"What we have to say about China, in fairness to China and its leadership is, if I’m not mistaken, they have made more progress in addressing extreme poverty than any country in the history of civilization, OK. So they’ve done a lot of things for their people," Sanders said.

According to the World Bank, the number of poor in China went from 880 million in 1981, to less than 10 million.

But I wonder how they did that?

They called that the "Great Leap Forward." After that, they used a tool Bernie despises: capitalism.

It was only the Chinese rigorously adopted free-market principles, private ownership and decentralization, that they transformed their economy from a house of horrors to something much more humane.

The things that saved a billion lives in China are the things Bernie thinks harmed our country.

The lesson is that those who scream about inequality embrace ideas that create more inequality. By replacing equal opportunity with equal outcomes, you end up with two classes: the poor and the powerful. Which happened in China.

And it seems to be happening in San Francisco, Los Angeles and Baltimore, too.

The number of dead in China under Mao has to be counted in the tens of millions.

So yeah, praise is in order for China finally coming around to abandoning bad ideas.

Maybe Bernie should do the same.