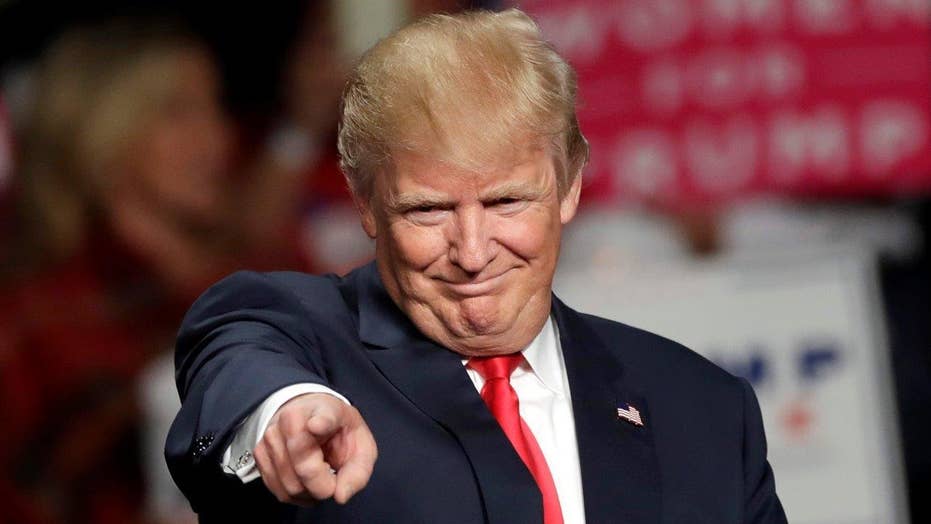 President-elect Donald Trump campaigned on cutting taxes for Americans of all income levels. This year he has the opportunity to do so multiple times.

Most notably, Trump in the White House means that comprehensive, pro-growth tax reform is now a priority in the first hundred days of the new administration.

But this is not the first tax cut Congress will send to Trump’s desk. By passing legislation repealing ObamaCare through budget reconciliation, lawmakers have an opportunity to remove nearly 20 taxes which will save taxpayers more than one trillion dollars over the next decade.

Repealing these taxes is a huge win for middle class taxpayers, who were hit with an avalanche of tax increases despite Barack Obama’s “firm pledge” not to sign “any form of tax increase” on any American making less than $250,000.

The trillion dollars in higher taxes have restricted health care choice, increased costs, made saving more difficult, and granted government more control over care at the expense of individual control. Below are just some of the tax wins that will come from repealing ObamaCare:

ObamaCare enforces many of its provisions through stiff tax penalties both on individuals and on businesses.

Any individual that fails to purchase “qualifying” health insurance – as defined by President Obama’s Department of Health and Human Services – must pay an income surtax totaling more than $2,000 for a family of four. Close to 7.5 million households paid this tax – which the Obama administration refers to with the Orwellian name “shared responsibility payment.” Most make less than $250,000.

Similarly, the law forces employers to pay a $2,000 penalty per full time employee if that fail to offer qualifying insurance. This mandate increases taxes on businesses by $166.9 billion over a decade.

At the same time ObamaCare mandates insurance coverage, it directly drives up the cost of that insurance through a massive tax totaling $130 billion over the next decade. This tax is borne by small businesses, individuals and families through higher premiums.

The tax could cost up to 286,000 new jobs, and $33 billion in lost sales by 2023, according to research by the National Federation for Independent Businesses.

This is just one of the many ObamaCare taxes that drives up health care costs. The law imposes billions of dollars more in taxes on prescription medicine and medical devices, and imposes a 40 percent excise tax on employer-provided insurance that will hit more than 40 percent of plans within a decade.

People -- not businesses – bear the burden of these taxes, so this is billions of dollars in higher taxes that are passed on to consumers who rely on life-saving and life-bettering products.

In addition to increasing the costs of health care through higher prices and stifling mandates, ObamaCare directly increases taxes on Americans with high medical bills.

Prior to passage of ObamaCare, Americans facing high out of pocket medical expenses were allowed an income tax deduction to the extent that those expenses exceeded 7.5 percent of adjusted gross income (AGI). The law increased this threshold to 10 percent of AGI, making it more difficult for families to claim this deduction and widening the net of taxable income.

Around 10 million families used this deduction before ObamaCare, with the average taxpayer earning just $53,000 in 2010. Based on this information, the average family is paying $200 to $400 in higher income taxes each year.

ObamaCare imposed several taxes that hit the tens of millions of Americans who use Health Savings Accounts and Flexible Spending Accounts. Specifically, the law forbid families from using HSA and FSA dollars for over the counter medications. Families had been making such household medicine cabinet purchases for years – cold and flu medicine and hundreds of other medical products. ObamaCare also hikes taxes on FSAs by imposing a cap ($2,500) on the amount of income families can contribute to FSAs and increases the tax penalty on early withdrawals from HSAs.

These tax-preferred savings accounts are used in conjunction with insurance plans, which tend to cover large and/or unexpected health events and allow individuals to make choices that best fit their needs. Expanding and protecting these savings accounts is one component to ensuring Americans have access to patient centered health care that best fits their needs and keeps costs low. Repealing these taxes will take power away from the federal government and increase the choices available to consumers.

Since it was passed into law in 2010, ObamaCare has resulted in greater costs, less choice, and higher taxes. By voting to repeal ObamaCare, lawmakers are taking step one toward lower taxes for American families and businesses across the board.