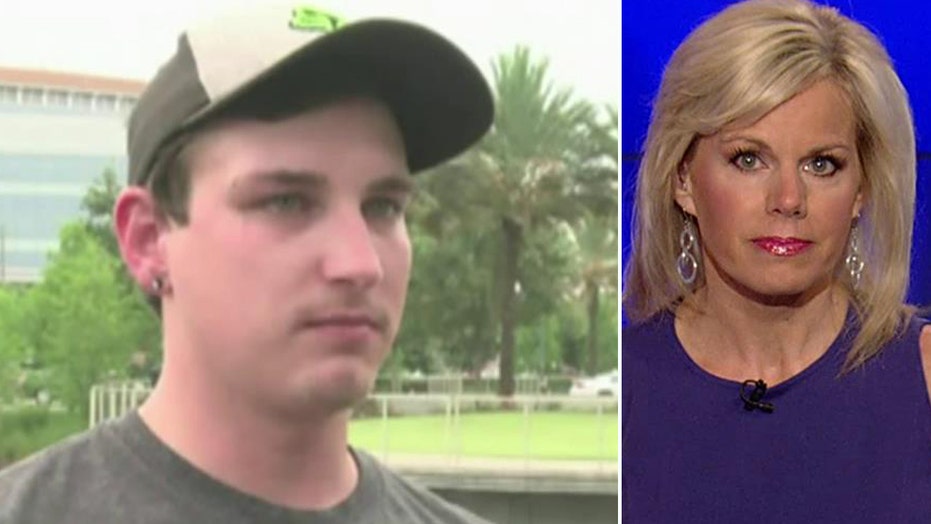 Gretchen's Take: Goodness in the face of horror in Orlando

Whenever we are forced to bring you news about a terrible tragedy, and the ever increasing dangerous world we live in; it’s hard to find much of anything positive to tell you about. However, today we're going to do that, and tell you about the goodness of people in the face of horror.

This is Josh McGill, who after hearing gunshots inside the Pulse bar, ran out into the back parking lot where he saw a victim limping and mumbling. The victim was 27-year-old, Rodney Sumter, a bartender, who was shot in both arms. McGill then discovered a third gunshot wound in Sumter’s back. So what did Josh do? He took off his shirt, applied as much pressure as he could, and found the closest police officer who rushed them both to the hospital. During the ride, the police officer told McGill to give the victim a bear hug to try and stop the bleeding in his back.

To keep Sumter conscious, McGill also asked him if he could pray with him saying, "Stick with me. You're going to be fine. I promise you, everything is going to be okay." Sumter -- the father of two -- is now going to live -- and has the goodness and kindness of Josh McGill to thank.