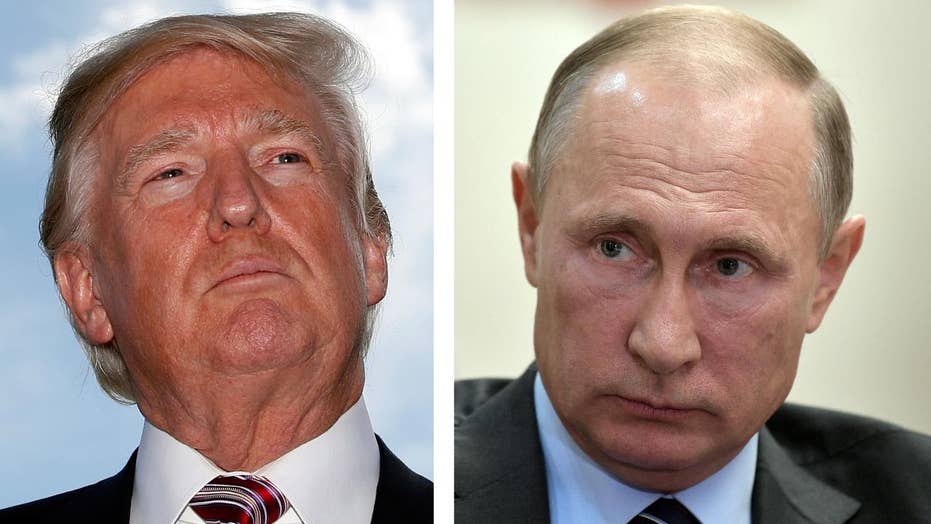 Is the Russian collusion narrative over?

Amid the tragic events in Las Vegas this week, what would otherwise constitute a major news event in Washington received only passing notice.  Which was perfectly fine with the mainstream media since it would prefer to ignore the news anyway.  It does not hew to their carefully constructed narrative of Donald Trump as villain.

Here is the news: after an exhaustive 9-month investigation, the bipartisan leaders of the Senate Intelligence Committee offered no evidence whatsoever that Trump or his associates “colluded” with Russia to interfere in the 2016 presidential election. Nothing.

But wait, what about all those media stories which all but indicted and convicted President Trump for “collusion”? Senate Intelligence Committee Chairman Richard Burr said on Thursday that his committee’s findings would contradict some of them. "We will find that quite a few news organizations ran stories that were not factual”, he noted. Gee…what a surprise.

Yet, in a bizarre twist, the Republican and Democratic co-chairs said that the issue of collusion is “still open”.  In other words, they’ve got bupkis… but they still might nose around.

The nation’s capital leaks like an old rusty bucket. And the torrent of leaks to the media on the multiple investigations into whether Trump colluded with the Russians leaves little doubt that if any evidence exists, we would surely know about it by now.

Only in Washington can you spend 9-months hunting for evidence, come up empty-handed, yet keep the probe going. It makes sense, I suppose, in the contorted ways of Congress. Why end the investigation when you can continue to squander endless taxpayer dollars chasing nonexistent evidence? After all, people keep hunting for the elusive Sasquatch and the Loch Ness Monster.  Maybe someday…

Since government redundancy is endemic on Capitol Hill, the House Intelligence Committee has been conducting a parallel investigation for the better part of a year. It, too, has come up with goose eggs. Chairman Devin Nunes, R-Calif., has flatly denied there is any evidence of “collusion.”

Even leading democrats, like Senators Diane Feinstein (D-CA) and Joe Manchin (D-WV), have said they have seen no evidence of Trump- Russian  collaboration.  Both sit on the Senate Intelligence Committee.  If such evidence existed, they would certainly know about it.

But even more compelling are the statements of senior Obama administration intelligence officials who were privy to all the information gathered by both the FBI and the alphabet soup of intel agencies which began investigating the matter more than a year ago. Take a gander at what they have said.

And then there is James Comey.  When asked if Clapper’s assessment was correct, the fired FBI Director testified that Clapper was “right,” there is no known  evidence of a conspiracy between the Trump campaign and the Russians.

The search for incriminating evidence has not been for lack of trying. This was underscored by the Senate Intelligence Committee when it disclosed that it had conducted in excess of 100 interviews over 250 hours, held 11 open hearings, produced more than 4,000 pages of transcripts, and reviewed some 100,000 documents.  Every intel official who drafted the report on Russian election meddling was interviewed, as were all relevant Obama administration officials.  Every Trump campaign official the committee wanted to hear from was questioned.

The Obama administration was even more aggressive in its hunt for a smoking-gun, going so far as to spy on Trump and his campaign.  Recent reports reveal that the FBI “wiretapped” former Trump campaign manager, Paul Manafort, both before and after the election, as well as Carter Page, a Trump foreign policy adviser.

While this was going on, intelligence agencies were conducting secret surveillance that captured various Trump associates, listening in on their conversations. Obama officials “unmasked” their names and leaked at least one of them, former National Security Adviser Michael Flynn, to the media which then published it. This constitutes a crime under federal law.

Yet amid all the spying and eavesdropping on Trump and his campaign, including his transition team, no evidence of “collusion” with the Russians has surfaced. Why? Likely because it never happened.

It is indisputable that the Russian government meddled in the 2016 election, attempting to sow chaos in our democratic process. But, as the Senate Intelligence Committee pointed out, “No vote totals were altered by Russia.”  Were voters, nonetheless, unduly influenced by fake advertising on social media websites, hacked emails and other propaganda? It's unclear.

But what’s abundantly clear is that there is no evidence revealed thus far which demonstrates that the Trump campaign collaborated or conspired with Russia to influence the election. This is completely consistent with the president’s repeated insistence that he never spoke with any Russians about the election and, if someone else in his campaign did, he knew nothing about it.

Yes, the president’s son met during the campaign with a Russian lawyer who allegedly promised information on Hillary Clinton.  It is not prohibited under federal election laws, as explained in earlier columns. It is perfectly legal.

It is also true that Jeff Sessions and Michael Flynn met with the Russian Ambassador, as did many democrats on Capitol Hill. Such meetings are not unusual, despite the mainstream media’s unabashed hysteria. There is no evidence the election was ever discussed.

Even if there were conversations about the campaign with the Russians, “collusion” is not a crime under America’s criminal codes, except in cases of antitrust. There is not a single statute outlawing collaboration with a foreign government in a U.S. presidential election or any election. But these legal distinctions are irrelevant if it never happened.

The special counsel investigating all matters Russia appears to be focusing on Manafort and Flynn. Should Robert Mueller decide to seek an indictment of the pair, the charges will likely have nothing to do with Russian meddling or so-called “collusion.” Their respective business dealings and financial transactions outside the Trump campaign orbit have been under scrutiny for quite some time.

Washington is a place where secrets are kept about as often as politicians keep their word. The nation’s capital leaks like an old rusty bucket. And the torrent of leaks to the media on the multiple investigations into whether Trump colluded with the Russians leaves little doubt that if any evidence exists, we would surely know about it by now.

So, when President Trump dismisses the notion of Russian “collusion” as a hoax, he is striking a resonate chord. Most in the biased mainstream media loathe it, but only because they are tone deaf. They will not be deterred in their quest to convict the president, evidence be damned.

While they are chasing hoaxes, they may as well try to hunt down Nessie in the Scottish Highlands. Or Bigfoot in the Pacific Northwest.

Their chances of finding conclusive evidence is about the same as proving what has become “The Great Collusion Hoax.”