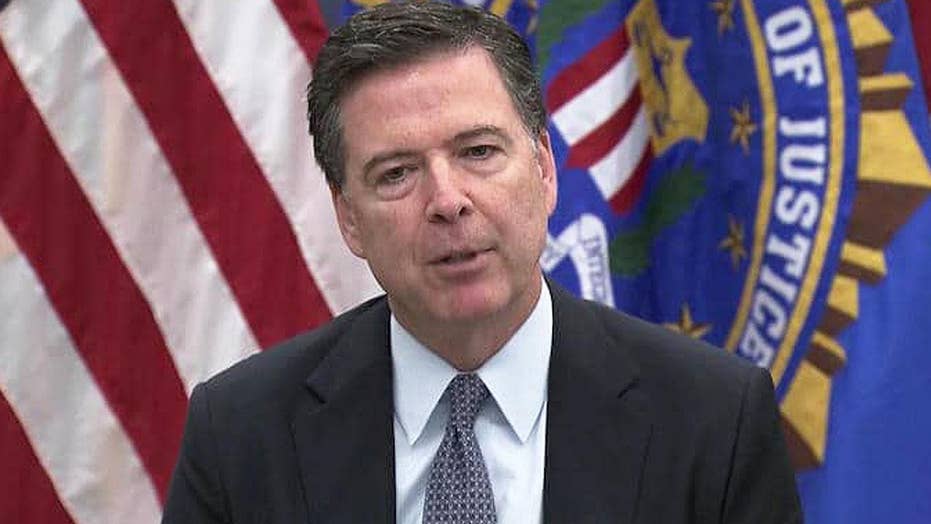 James Comey deserved to be fired.

It should have happened a long time ago.  Specifically, July 5, 2016 when he held a very public news conference to announce Hillary Clinton should not be criminally prosecuted for mishandling classified information and jeopardizing national security.

He should have been fired again when he sent a letter to congressional leaders reopening the Clinton case, knowing full well it would be made public just days before the presidential election.

In both instances Comey acted without authorization and in dereliction of his duty to follow the policies and regulations established by both the FBI and the Department of Justice.  In so doing, he demeaned the work of the agency he led, damaged the integrity of the nation’s premiere law enforcement organization, and breached the public’s trust.

Comey offered a variety of excuses for why he thought extraordinary circumstances demanded him to engage in extralegal actions.  But none of them can justify violating the fundamental rule of law as Comey did not once, but twice.

Comey deserved to be fired not because he arrived at the wrong conclusion in the Clinton investigation last July.  After laying out a compelling case of how Clinton repeatedly violated the law, he speculated that no reasonable prosecutor would bring such a case.

It was tortured logic that made little legal sense.  But this was not Comey’s firing offense.

The Director of the FBI had no business making such public pronouncements.  He usurped the authority of the Attorney General by announcing the case should be closed.  He had no such power.

It matters not that Loretta Lynch all but recused herself because of her conspicuous conflict of interest in meeting privately with Bill Clinton.  There are clear procedures for other DOJ leaders to make the ultimate decision on whether to prosecute Clinton, not Comey.

Again, months later, Comey compounded his mistake by issuing a statement to Congress which he knew might impact the outcome of the presidential election. No amount of exculpatory explanations by him can overcome his decision to ignore established federal regulations governing his conduct.

President Obama had the power to fire Comey for his transgressions but chose not to.  He has never said why.

Would it have been better for his successor to take the appropriate, albeit belated, action to terminate the FBI Director soon after he was inaugurated?  Politically, perhaps.  But it took time for the Justice Department to put its new staff in place.

The U.S. Senate a scant two weeks ago confirmed Deputy Attorney General, Rod Rosenstein, who authored the analysis that recommended Comey’s firing.  The FBI Director reports directly to the Deputy A-G.  So in that context, President Trump acted expeditiously in accepting Rosenstein’s counsel.

Democrats, of course, were quick to condemn the President for terminating Comey.  Many of them are the same politicians who denounced the Director last October for abusing his authority and unduly influencing the election.  But in Washington, hypocrisy is endemic.  And memories are fleeting.

Yet the greatest hysteria has emanated from the media.  Comparisons to Richard Nixon’s infamous “Saturday Night Massacre” abound, demonstrating only that most talking heads know little about presidential history.  The analogy is ludicrous.

One particular reporter/analyst became apoplectic on air as he described how President Trump is perpetrating a lie, using the Clinton investigation as a “pretext” for firing Comey in order to quash any investigation into collusion between Russia and Trump associates.  “The FBI was closing in on Trump,” he screamed.

That is not how the process works.  The Director’s departure will likely have little real effect on how the FBI moves forward on the Russian probe.  Comey was fired, not the career professionals at the Bureau.

Moreover, congressional investigations will proceed full steam ahead.  The bipartisan work of the Senate Intelligence Committee stands the best chance of reaching a conclusion that will be seen as fair and impartial.

But the frenzy will continue unabated because so many in Washington and beyond harbor an unabashed scorn for President Trump and his unconventional approach to governing.

This is why he should consider the appointment of a special prosecutor to investigate any Russian ties.  If he truly believes there was no collusion, he has nothing to worry about.

At the same time, President Trump should fulfill his campaign promise to have his Attorney General appoint a special prosecutor to reexamine the evidence in the Hillary Clinton email case and decide anew whether she should be criminally charged.

There are plenty of “reasonable prosecutors” who would bring that case.  Clinton’s violation of the Espionage Act was flagrant.

A jury should decide whether she belongs behind bars.