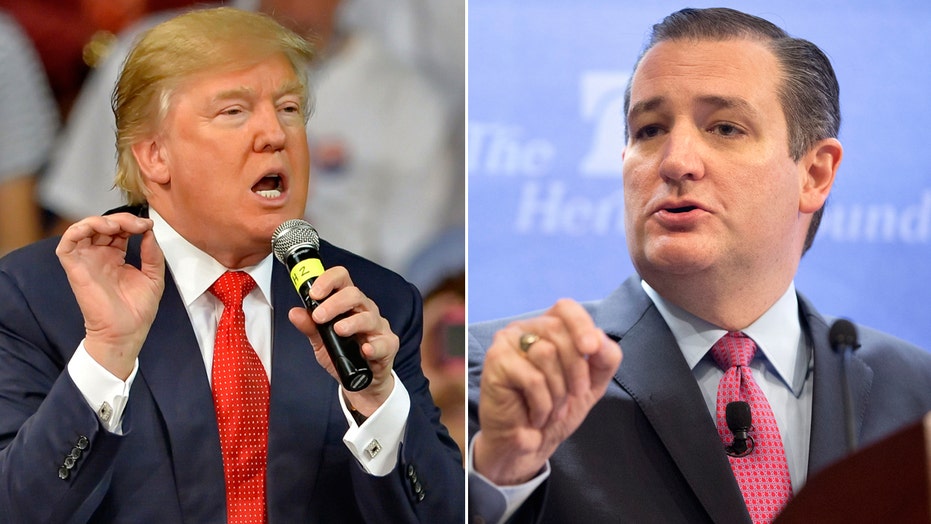 Befitting Frank Sinatra’s centennial birthday and “Old Blue Eyes’” fascination with presidential politics (he helped orchestrate JFK’s and Ronald Reagan’s inaugurals), Tuesday’s GOP debate will occur at the Venetian Las Vegas. It sits atop the ruins of the Sands Hotel – in early 1960, home to the famed “summit” featuring Frank, Dean, Sammy and their ring-a-ding pals.

Not that anyone is calling the nine presidential hopefuls in Tuesday’s main event the new “Rat Pack.” Smoking, boozing and late-night prowling? Not these conservative rats.

That said, Las Vegas and its various means of risking fortunes are an apt metaphor for this, the fifth GOP presidential debate.

Think of it as an evening of political roulette. With the following wagers:

The Outside Bet. In roulette, a wager made in the boxes surrounding the table’s numbers. Donald Trump, the field’s lead outsider, enters this debate as, per usual, the center of attention. For two reasons: his call to ban Muslim immigration into the U.S.; and this Fox News poll showing the bombastic billionaire giving way to Texas Sen. Ted Cruz in Iowa. Trump knows his way around a casino, having wagered big on Atlantic City. Does he stick to a safe betting strategy – a voice for the disaffected slice of the GOP electorate – or does Trump gamble on more to be gained by deconstructing Cruz?

The Color Bet. Red, black or green? Cruz is letting it ride on red – a red-state strategy that’s made him the field’s new alpha dog. Cruz may indeed prevail in Iowa; he’s planning on a big haul in the March 1 Super Tuesday across the Deep South. Cruz also is raking in endorsements from conservative stalwarts (veteran direct-mailer Richard Viguerie and Bob Vander Plaats, president and CEO of the Family Leader Organization). Betting on one color produces modest winnings – maybe not so for a candidate planning on hanging around the table until next July and the national convention in Cleveland.

There’s a void within the GOP field. That would be the space as yet unfilled by a candidate who can blend measured outrage at the thought of terrorism returning to U.S. soil with a concrete strategy of force and stick-to-itiveness.

The Straight-Up Bet. Wagering on a single number and hoping for a miraculous return (in roulette, a 35-1 payoff).  This would be Jeb Bush, once a frontrunner who seemingly held all the chips (well, at least a lot of super PAC money) but now a candidate struggling for relevance (7%, or fifth place, in last weekend’s NBC News/Wall Street Journal poll). The problem: Bush has been anything but “money” in the four previous debates when he needed to shine among the contenders. If this keeps up: he’s the Vegas player who has little to show for his troubles, other than a free breakfast voucher.

The Corner Bet. Placing the chip on a “corner” where four numbers intersect, earning the better an 8-1 payoff. This is Florida Sen. Marco Rubio’s ploy, as he once again wagers on what’s paid off in this race: a four-fold appeal of youth, electability, stage presence and media buzz. If the polls are to be taken seriously, the smart parlay over at the Venetian’s race & sports book is Cruz-Trump-Rubio to win place and show in Cleveland – not necessarily in that order.

The Split Bet. Placing the chips on a line between two numbers, which seems appropriate for Dr. Ben Carson given that he’s talking about splitting from the GOP if the primary process gives way to a backroom-brokered national convention next summer. Carson’s dissatisfaction has fueled speculation of an independent run next fall. In which case, the house doesn’t win – but Hillary Clinton probably does.

The Line Bet.  Made by playing chips on the vertical line separating the outside and inside betting areas. This would be Carly Fiorina, who straddles the line between political insider and outsider. Fiorina’s cleverly marketed herself as a campaign ingénue when in fact she’s a veteran of a California Senate race and stumping for John McCain in 2008. With that Fox News poll showing only 2% support in Iowa, Fiorina may soon run out of chips to bet.

There’s one other wager to mull: is this New Jersey Gov. Chris Christie’s time to shine?

In the aftermath of the San Bernardino mass shooting, President Obama’s underwhelming Oval Office speech and Trump’s dumpster-fire of an immigration ban, there’s a void within the GOP field. That would be the space as yet unfilled by a candidate who can blend measured outrage at the thought of terrorism returning to U.S. soil with a concrete strategy of force and stick-to-itiveness – all in a manner less nativist and more deduced than what Trump floated.

That sounds like an opening for Christie – actually, the first-term version of Christie that didn’t shy away from confronting entrenched obstacles. Or, for that matter, any other Republican who wants to bet on national security as foremost on Americans’ minds.

With less than seven week left until Iowa: go big or go home.

There’s a void within the GOP field. That would be the space as yet unfilled by a candidate who can blend measured outrage at the thought of terrorism returning to U.S. soil with a concrete strategy of force and stick-to-itiveness.