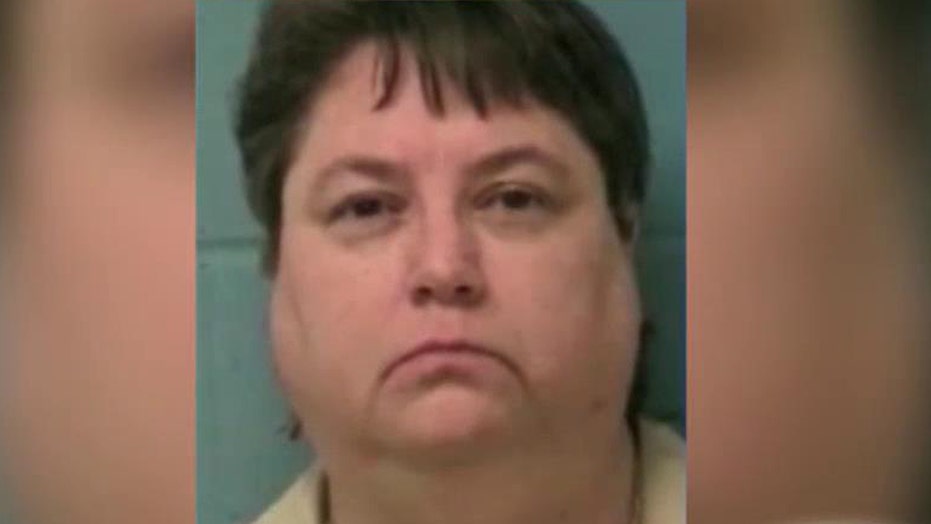 Gissendaner is states first female inmate to executed in 70 years

Early this morning, as Kelly Gissendaner sang “Amazing Grace,” the State of Georgia used a lethal injection to stop her heart.  She is the only woman to be executed in Georgia in seven decades.

In refusing Gissendaner’s request for clemency, members of The Georgia Board of Paroles and Pardons are as stained with sin as Gissendaner once was herself.

In 1998 Kelly Gissendaner was convicted of plotting with an accomplice to kill her husband for the money she would get from his life insurance policy.

I have seen many, many people whose lives have tended, nearly unavoidably, toward darkness because of life events entirely outside their control when they were children. I have seen them remake themselves by accepting the pain they lived through decades ago, crying over it and making peace with it.

Then things began to change. Since 1998, Gissendaner found God, with the help of leading theologian Jennifer McBride, Board of Regents Chair of Ethics and assistant professor of religion at Wartburg College in Iowa.

Gissendaner earned a degree in theology. She ministered to her fellow inmates, many of whom credited her for their religious awakenings. At least one credited Gissendaner with saving her from suicide.

Dozens of prison guards, wardens, inmates and ministers pleaded with Georgia to grant her clemency.

The Vatican asked that she not be executed.

More than 90,000 people signed a petition urging Georgia Governor Nathan Deal to halt her execution.  Gissendaner’s own children—whose father was murdered by Gissendaner and her accomplice—pleaded that her life be spared.

Let us not take on the whole question of whether capital punishment is barbarism. I believe it is; you may not. But can we not agree that when a person has changed as thoroughly as Kelly Gissendaner — as evidenced by her words and deeds and the profound and positive impression she has made on others — that executing her is, for all intents and purposes, very close to executing an entirely different person from the one convicted of murder?

And if we can agree to that, is it not very close to executing an innocent person? And is that realization not the very lesson Christ teaches those who believe: that people can, through a love of the Infinite, be remade and reclaimed, such that they are as new, as if born, again?

I know this lesson of Christ to be true, not because I was raised a Christian (I was not), but because I have had the privilege to become a psychiatrist and practice my profession for two decades. And I have seen many, many people whose lives have tended, nearly unavoidably, toward darkness because of life events entirely outside their control when they were children.

I have seen them remake themselves by accepting the pain they lived through decades ago, crying over it and making peace with it. And I know that this

psychological rebirth is no fraud when it unfolds, and it is no different from spiritual rebirth.

Maybe officials of the State of Georgia didn’t much care that Kelly Gissendaner likely had more of God’s work to do on this earth.  Maybe they forgot that a penitentiary is also defined (no accident) as a tribunal of mercy.   Maybe they feel as though they carried out justice.

If so, may God help them.