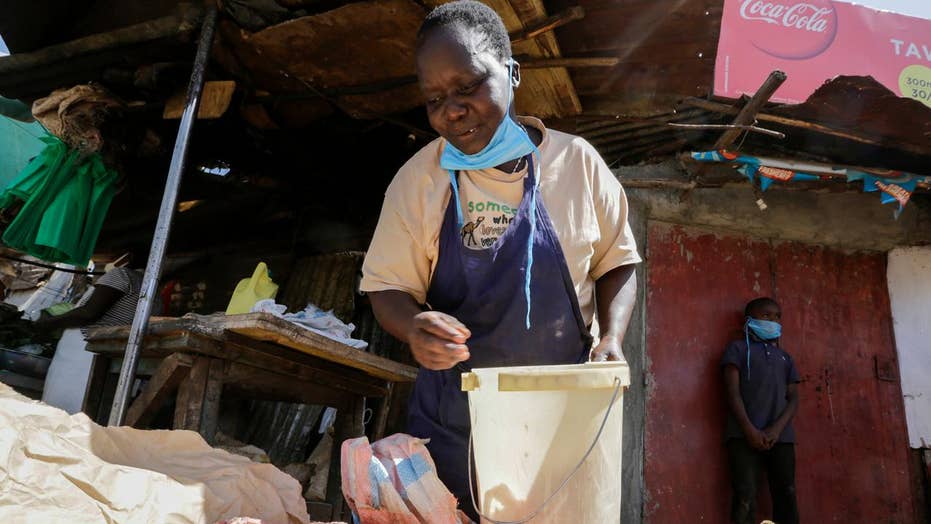 Contrary to what many claim, the main problem facing black Americans is not police misconduct. Our main problem is that we don’t have a seat at the table when it comes to revitalizing our communities.

We watch as primarily white liberals come into predominately black communities and tell us what our problems are and how to fix them. And now they have decided that our chief problem is policing that discriminates against us.

Those living in predominately black communities do not need to be told their issues. They are living them every day. What we need is to be empowered to resolve them – and that starts with giving the black community access to influence the world in which we live.

Maximum community participation is the only thing that will change the landscape of a community. That change must come from within, not from an outside source.

We must capture this moment – and the heart of this nation – to bring about real change that brings even greater inclusion in sharing in the nation’s prosperity. But if we aren’t careful, all we will be left with will be peaceful marches, pretty little speeches, looted buildings, broken glass, destroyed lives, rapidly rising crime rates, and no real influence to create sustainable change.

Keep your empty gestures of toppling Confederate statues and renaming buildings to yourself. I want a seat at the table when the black community is being discussed.

I grew up below the bottom rung of the economic ladder. I was raised on a pig farm in southern Alabama. Our home had no running water, no insulation, an outhouse in the back, and a well on the side.

I know what it feels like to claw my way out from under a rock. I understand the weight of economic disparities. I've stood in front of an empty refrigerator and wondered where my next meal was going to come from. I’ve sat in a dark room because my single mother couldn’t afford to pay both the rent and the electric bill.

We do not need to pick up bricks, light fires and destroy our own communities to convey our needs.

I also know what it takes to build a respectable life for yourself.  I know what it takes to be the first in your family to go to and finish college, to spend 10 years in the U.S. Army Reserve, to work in the financial industry and corporate America, to become an adjunct professor of corporate finance, to speak to millions, to author my first book, and now to run for Congress. I know.

We cannot look to white liberals and liberal politicians to lead us toward full inclusion. Their way of thinking is the elephant in the room. All too often, they go behind closed doors to discuss the “black issue.”

And all too often, we in the black community are not included in those early discussions. White politicians speak to one or two black people, think they understand centuries of marginalization, and begin to create policies that will impact us all.

In each of the major cities with large black populations, one would be hard-pressed to find a conservative thought. These cities have been in the pocket of the Democratic Party for decades. There’s little-to-no diversity in thought or political competition.

Here’s a shining example of the subtle racism of low expectations towards black people: Liberal leaders have called out to the American people to just “give space” to rioters and looters after the killing of black people by police. They claim that there is so much pent up frustration over oppression in the black community that we just need to be allowed to vent.

Well, black people are not animals. We are not stupid. We can string together coherent sentences to communicate our frustrations, our hopes and our desires for our community. We do not need to pick up bricks, light fires and destroy our own communities to convey our needs.

During the days of slavery, white owners viewed us as property – and it seems as though not much has changed for some white liberals in how they view the aptitude of blacks.

Where we go from here is not a Democratic issue or a Republican issue – it’s an American issue. Respecting the dignity of every individual is key.

While the 1863 Emancipation Proclamation gave more than 3 million black people freedom, it was the passage of the Civil Rights Act in 1964 that put us on the path to equality. Today, 56 years later, we continue down that path towards full inclusion – a path that has been slowed by a lack of adequate access, charged with erratic acts of racism, and troubled with limited partnerships and opaque policies.

But we continue on because that’s what we must do. This inclusion is what we should be seeking out of all of this chaos – not solely adjustments in policing.

I am a proud black American. I have the blood of slaves coursing through my veins. I stand on the shoulders of giants who have come before me, and because of their sacrifices, I am now the first black person to ever run for Congress in Montgomery County, Pa. I will not be silenced. I want a seat at the table. I am standing at the door knocking. Who will let me in?

Kathy Barnette is a conservative political commentator and Army veteran who is homeschooling her two children. Follow her on Twitter @Kathy4Truth.