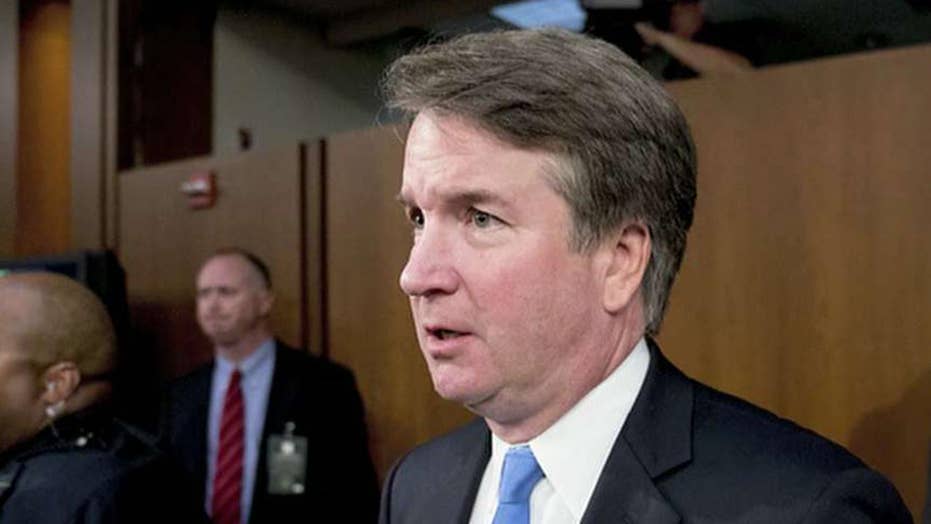 Political investigations are many things, but examples of proper legal procedure isn’t one of them.

Much has been written about Special Counsel Robert Mueller’s two-year Russian “collusion” investigation and the impact it will have (impeachment?), but for the average American, the most important aspect of the Mueller investigation is one dangerous attribute shared with the Supreme Court Justice Brett Kavanaugh's confirmation battle last fall – the upending of the burden of proof and the practice of making the accused prove his innocence before any proof of wrongdoing is offered.

For centuries in British/American legal practice, the party prosecuting a case, whether it be the district attorney or a civil plaintiff, has borne the burden of proving what the accused did wrong, and must produce evidence meeting varying levels of proof, depending on the charge. Until the specific evidentiary burden is met, the accused is innocent and bears no burden to prove otherwise.

What’s so concerning about the Kavanaugh and collusion episodes is, despite their not being strictly legal proceedings, the alarming extent to which, and speed with which, some politicians and their media allies abandoned these important standards in service of short-term political goals.

During the Kavanaugh confirmation fight, numerous women accused Kavanaugh of horrendous crimes with the aim of torpedoing his nomination. Recall Dr. Christine Blasey-Ford, who voiced her accusations to the nation during live testimony. It was riveting, but legally dubious because no accuser produced any evidence supporting the accusations, but still put the burden on Kavanaugh to disprove them. To many, Kavanaugh was guilty or disqualified simply because he was accused.

Kavanaugh produced his handwritten high school calendar, testimonials from high school friends, and other evidence. It was enough to win confirmation, but it sent the wrong message about how we treat those accused of wrongdoing.

Similarly, the Russian “collusion” investigation was plagued by the same flaw. Before Mueller was appointed, then-FBI director James Comey refused, despite President Trump’s pleading, to state publicly what was known within the FBI and Justice Department – that President Trump was not under investigation. Instead, Comey wrongly disclosed the existence of the FBI’s counterintelligence investigation into Russia’s interference in the 2016 election, a dangerous announcement that fueled by false media narratives and the bogus Steele dossier (paid for by the Democrats), suggested the FBI was investigating the president or his campaign.

Knowing the attorney general (Bill Barr) would likely, though not required to, publicly release his report, Mueller gave House Democrats enough material to keep the obstruction issue alive for the foreseeable future, which shifted the burden to the president to prove he did not obstruct justice, despite Mueller’s conclusion there was insufficient evidence to prove the same.

Why does this matter? First, this burden flipping threatens our social fabric and institutions. This is not how we want to do relationships; people should be given the benefit of the doubt and should not be forced to defend themselves from unproven charges. Also, it undermines our system of justice because it trains people to internalize the wrong procedure. And, it makes society and politics more accusatory if all that is needed to undermine an idea or a person is a baseless accusation. Moreover, it dissuades political participation.

Our institutions and practices are more important than any one president or political goal, and no short-term political win (e.g., possibly impeaching a president) is worth throwing out one of our most cherished procedural safeguards. There is simply too much at stake.

Garrett Fahy is a business and election law attorney, talk radio host and former congressional staffer who lives and works in Orange County, California. The opinions expressed are his own.