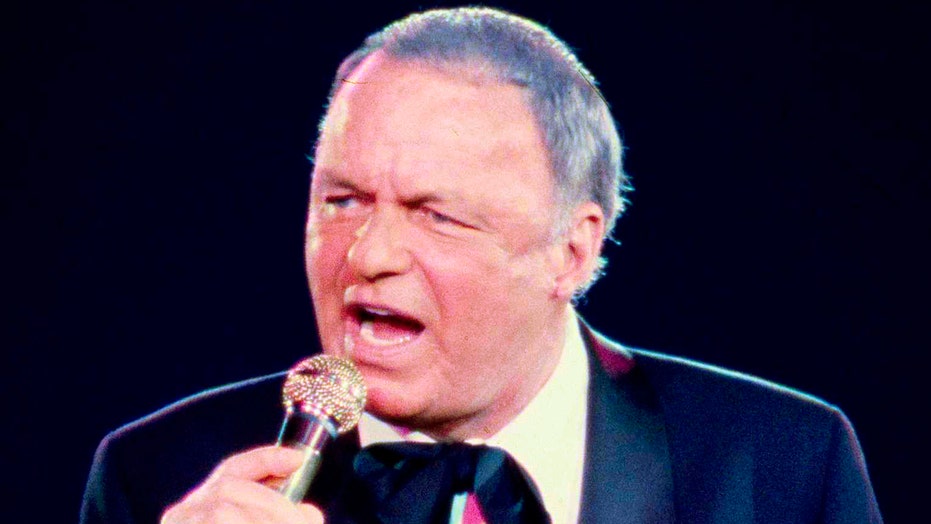 Frank Sinatra: What you DON'T know

Fox 411: Think you know everything about ol' Blue Eyes? Here are some fun facts you may have missed in honor of his 100th birthday

Editor's note: On Saturday, December 12, legendary singer, actor, and rat-pack member Frank Sinatra would have turned 100. The author of "Sinatra's Century: One Hundred Notes on the Man and His World," David Lehman, chooses his top songs by the crooner.

1. All or Nothing at All (music by Arthur Altman, words by Jack Lawrence). First recorded on August 31, 1939, the day before the Nazis invaded Poland, this most famous of the songs Sinatra sang with Harry James’s band became a huge hit in 1943. Track four of the seventeen-track album, Frank Sinatra with Harry James and His Orchestra, released in 1995.

2. I’ll Never Smile Again (music Ruth Lowe), 1940. Here is the sound of the Tommy Orchestra at its best: with Tommy on trombone and Frank’s solo supported by the Pied Pipers, Jo Stafford among them. You’ll find this version of the song in many CDs featuring the Dorsey band. But don’t neglect to compare it to Sinatra’s mature version of 1959, in the album No One Cares, arranged by Gordon Jenkins.

Without these songs the day would never end. I can’t get along without them very well.

3. Saturday Night (is the Loneliest Night in the Week)(music Jule Styne, lyrics Sammy Cahn). Recorded February 3, 1945. Superb up-tempo arrangement by George Siravo. Instantly brings back the atmosphere of America on the home front during the last year of World War II. On Sing and Dance with Frank Sinatra, a must-have CD. Also on disc three of superb four-disc setThe Best of the Columbia Years: 1943 – 1952 (1998).

(Sinatra's Century: One Hundred Notes on the Man and his World (Harper) by David Lehman.)

6. The Birth of the Blues (music Ray Henderson; lyrics Buddy DeSylva and Lew Brown), 1952. Gem from the end of Sinatra’s run with Columbia Records. On disc four of The Best of the Columbia Years: 1943 – 1952.

7. I’ve Got the World on a String (music Harold Arlen; lyrics Ted Koehler), 1953. No one ever sounded more jubilant than Sinatra here. On The Capitol Years, an indispensable three-disc set released in 1990.

8. Young at Heart (music Johnny Richards; lyrics Carolyn Leigh). A big hit in 1953, this is the tune you hear in the opening and closing credits of Young at Heart with Sinatra and Doris Day (1954). On The Capitol Years.

9. All of Me (music and lyrics Gerald Marks and Seymour Simons). On Swing Easy album (1954), arrangements by Nelson Riddle. The final song on Sinatra’s first album with Capitol Records.

11. Last Night When We Were Young (Music Harold Arlen; lyrics Yip Harburg). See description of #9 above.

12. I’ve Got You Under My Skin (Music and lyrics Cole Porter). Arguably Sinatra’s greatest up-tempo number. On Songs for Swingin’ Lovers album (1956) arranged by Nelson Riddle. Also on The Capitol Years.

14. Witchcraft (music Cy Coleman; lyrics Carolyn Leigh), released as a single with a Nelson Riddle arrangement in May 1957. When Elvis Presley appeared on a Sinatra TV show in 1959, each singer sang a song associated with the other. Sinatra did “Love Me Tender” while Presley did “Witchcraft” while teenage girls shrieked. On The Capitol Years.

15. All the Way (music Jimmy Van Heusen; lyrics Sammy Cahn). Released as a single with a Nelson Riddle arrangement in 1957. Sinatra sings it in the 1957 movie The Joker is Wild and it won the Academy Award for best original song. On The Capitol Years.

16. One for My Baby (and One More for the Road) (Music Harold Arlen; Lyrics Johnny Mercer). Arranged by Nelson Riddle. Sinatra’s signature saloon song. Better even than the cut on the albumOnly the Lonely (1958) is the alternate version you will find onThe Capitol Years.

17. Fly Me to the Moon (music and lyrics Bart Howard). Count Basie Orchestra, with arrangements by Quincy Jones, in the 1964 album It Might As Well Be Swing. The unofficial anthem of Project Apollo, which landed the first men on the moon in July 1969. On disc two of the four CD box set The Reprise Collection (2010).

18.  It Was a Very Good Year (music James Van Heusen; lyrics Sammy Cahn), arranged by Gordon Jenkins on September of My Years album (1965). Bliss was it in that dawn to be alive, but to be young was very heaven. On disc two of the four CD box setThe Reprise Collection.

20. My Way (1969) The Chairman’s cri de coeur. Arranged by Don Costa. On disc three of the four CD box set The Reprise Collection.

21. Theme from New York, New York (music John Kander; lyrics Fred Ebb). Sinatra recorded it in 1979 for his Trilogy album (1980). You hear him belting it out after every Yankee game in the Bronx, win or lose, come rain or come shine. On disc four of the four CD box set The Reprise Collection.

Without these songs the day would never end. I can’t get along without them very well. And if you thought it was easy to limit myself to twenty one, all I can say is . . . you got it wrong and that ain’t right. I couldn’t sleep a wink last night.

David Lehman is an author and fan of Frank Sinatra. He's the founder and longtime editor of the "Best American Poetry" series, the editor of "The Oxford Book of American Poetry," and the author of several volumes of poetry and cultural criticism. A core faculty member of the graduate writing program at the New School, he lives in New York City and Ithaca, New York.