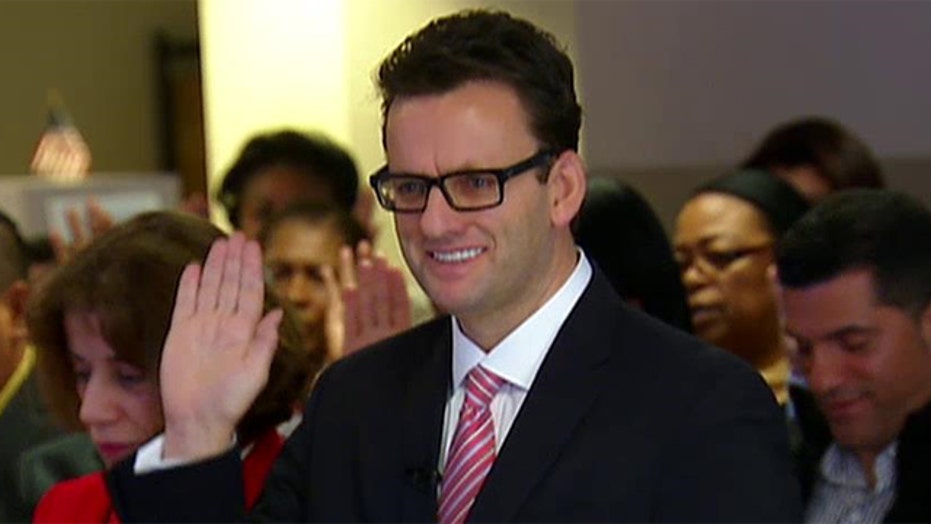 It was October 1995, and I'd been in the U.S. for little more than a month. I sat back in my seat on a flight from Los Angeles to Washington (which was my new home), and thought about what I'd just witnessed: my first major assignment as U.S. correspondent for Sky News was to cover the end of O.J. Simpson's murder trial.

And this country I now found myself exploring, dissecting and trying to understand and interpret for my British audience appeared to be divided purely along racial grounds. The divide was palpable, and to me it seemed entrenched and virulent.

I'd spent time talking to people in Beverly Hills — white and privileged. I'd spent time in South Central — then largely a black neighborhood, and poor, the epicenter of the Rodney King riots just a few years earlier.

These were two different worlds, a few miles apart, yet with little or no understanding of each other. There was fear, envy, suspicion … even hatred.

It was a picture-perfect day as I flew out of LAX with those thoughts in my mind. And for the next five hours I gazed down at America from 33,000 feet.

The Pacific Ocean as we left LAX, then banking hard left to head back across the L.A. sprawl, the Western desert, the staggering site of the Grand Canyon, the Rockies, the wondrous spread of the Plains that seemed to last forever, the Midwest farms and eventually the sparkling green of the Eastern Seaboard.

It was a vast wonderland for a young reporter, and I couldn't wait to explore it all.

And as I sat gazing out that plane window, what struck me was what an extraordinary feat it is that America was and continues to be "one nation, under God, indivisible …"

Hadn't I just witnessed two distinct nations screaming at each other, one feeling it had little liberty, the other feeling there was little justice?

And hasn't every other region of the world this large historically been riven by tribalism, religious disagreement and ethnic hatred? London to Moscow is roughly half the distance of Washington to L.A., yet look how many times Europe, or even individual countries within Europe, have torn themselves apart.

That was when I remembered the conversations I'd had in Los Angeles that explained this glorious country, that revealed the greatest strength of America and its people.

I remembered I had asked the folks I hung out with in a South Central diner as Simpson's extraordinary trial played out whether they thought America was doomed because of the inequalities they said they felt on a daily basis.

Their answer in a nutshell: What are you talking about? You think it's better anywhere else? This is the greatest country in the world.

And when the verdict came in, I had asked the wealthy residents of Beverly Hills if they thought America was doomed because of the terrible injustice they believed had just been perpetrated.

Their answer: What are you talking about? You think it's better anywhere else? This is the greatest country in the world.

And there was my answer to the question of what makes this country unique in the history of the world: No matter the racial, political and religious differences, every American knows deep down that he or she lives in the greatest country in the world, with the most enduring (if imperfect) commitment to freedom and democracy, to opportunity and advancement.

Having been lucky enough to see, and report from, much of this world, I can say that while citizens of many countries might say theirs is the best, none believes it with the deep and abiding faith that Americans do. And no other system of government could hold such a disparate, diverse and complex nation together.

There are challenges, of course. But if you ever feel gloomy about America's future … if you ever doubt the genius of the American experiment, the miracle of these United States and the sheer beauty of this country that I am now privileged to call home … take that cross-country flight, look out the window, marvel at it all and thank your lucky stars you can call yourself an American.