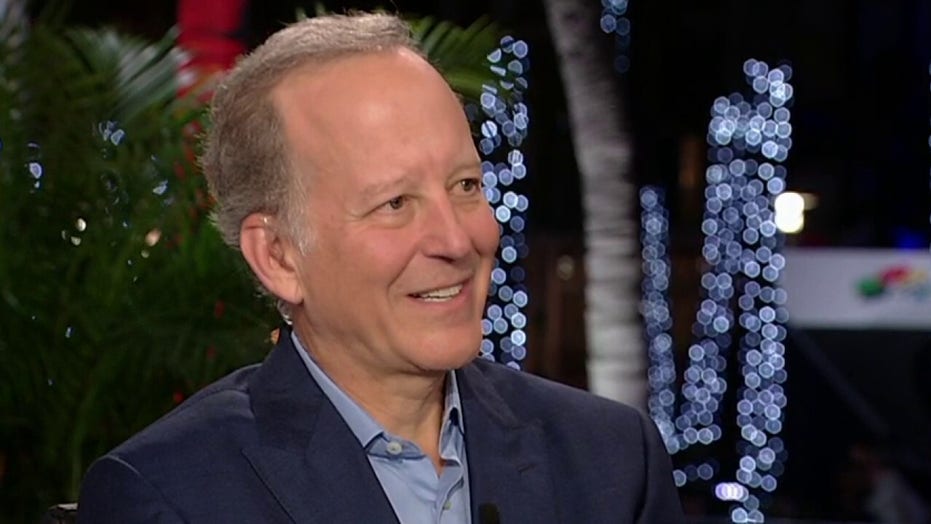 Sportscaster Jim Gray looks ahead to the Super Bowl with Sean Hannity.

As the sun sets on Sunday people all across this amazing country will settle into their seats, tune into their TVs and (unlike the rhetoric so disingenuously spouted in Washington, D.C.) actually come together and celebrate one of our greatest traditions: the Super Bowl.

In a time when our country is split on so many things, it ironically feels somewhat refreshing to think of us as split over a team from Kansas City or San Francisco. While we’ve been marred all week in choosing sides between House Speaker Nancy Pelosi or Senate Majority Leader McConnell, between House impeachment manager Rep. Adam Schiff or President Donald Trump, it seems much more American to pick between quarterbacks Patrick Mahomes or Jimmy Garoppolo.

From the food we eat to the technology we use it’s sometimes hard to find things that are as uniquely American as apple pie and thank God, football is one of them.

Throughout these unfortunate times in our nation’s political history, it seems the American people understood how important it was to keep at least one eye on something so pure even political malpractice at the highest level couldn’t overshadow it.

When those two teams from Kansas City and San Francisco take the field on Sunday we can use this prompt (and necessary) reminder that in the long and storied history of the Super Bowl our country has endured many tests and times of turmoil, yet here we all are -- still playing football and still thriving as the greatest country in the world.

Partisan impeachment proceedings might win today’s headlines but our love and celebration of professional sports will be the real winner when the history books are written.

In 1869, the year President Andrew Johnson left office, after being impeached by the House but surviving a conviction in the Senate in 1868, the Cincinnati Red Stocking went 70-0 as the first professional baseball team.

In 1975, after weathering a summer of Nixon impeachment hearing and the president’s subsequent resignation, Terry Bradshaw and the Pittsburgh Steelers were defeating the Minnesota Vikings in Super Bowl IX.

Throughout these unfortunate times in our nation’s political history, it seems the American people understood how important it was to keep at least one eye on something so pure even political malpractice at the highest level couldn’t overshadow it.

As we move towards an end to only the fourth presidential impeachment in our country’s history we’ll be mindfully aware that another hardworking young American will cement his legacy as a Super Bowl-winning quarterback this weekend and join the ranks of Bradshaw and Elway as one of those to do it at a time when our country is so uniquely divided.

Regardless of what happens in Washington, I’ll be tuned into the event in Miami on Sunday. And, much like the Super Bowl itself, I know with certainty that America will endure and continue on because in this country there are colors beyond red and blue, heroes who aren’t politicians and a camaraderie in sports stronger than any partisan divide.