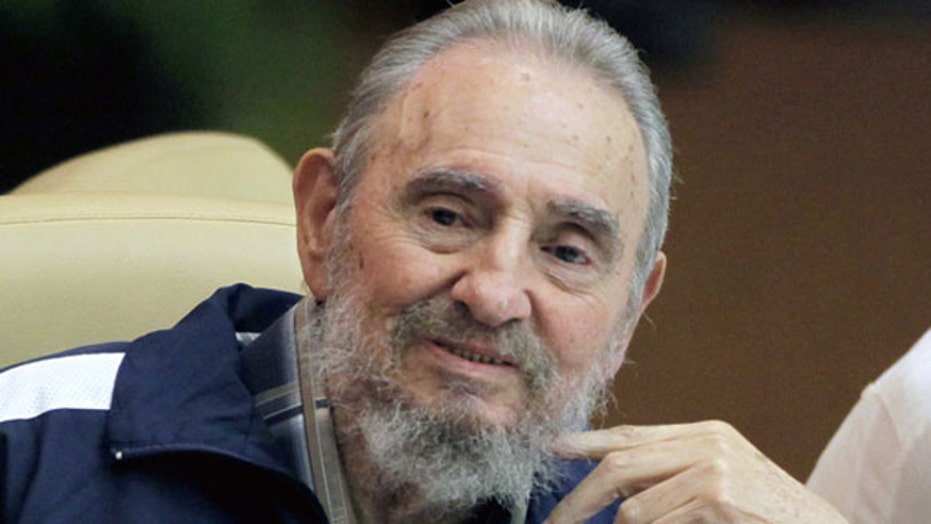 In his half century reign of terror, Cuban dictator Fidel Castro committed manifold atrocities. Documented evidence reveals him to be a ruthless tyrant who endlessly abused the most basic of human rights –a man who played a pivotal role in bringing the world to the precipice of nuclear annihilation for 13 harrowing days in October of 1962.

Will his victims now be fairly compensated or otherwise see the return of their confiscated property in the wake of America’s first steps toward rapprochement with Cuba? The answer is both legal and political.

Beyond his crimes against humanity and the callous suffering he inflicted on the people of Cuba, he ruined the lives and livelihoods of thousands of Americans. He stole their land, homes, bank accounts, possessions and businesses. He absconded with their property under the guise of “nationalization.” But he is, in truth, a thief.

Will his victims now be fairly compensated or otherwise see the return of their confiscated property in the wake of America’s first steps toward rapprochement with Cuba? The answer is both legal and political.

Will his victims now be fairly compensated or otherwise see the return of their confiscated property in the wake of America’s first steps toward rapprochement with Cuba? The answer is both legal and political. President Obama holds the key. So, don’t get your hopes up.

In the first half of the 20th century, Americans and U.S. businesses dominated Cuba. They accumulated vast holdings of property and operated many of the most lucrative businesses. All of that ended with the Cuban Revolution in 1959. Castro “nationalized” U.S.-owned industries and seized much of the island’s private property from Americans. There was no restitution. One legal scholar called it the largest uncompensated expropriation by a foreign government in history.

The U.S. retaliated with an embargo, prohibiting all trade. But the Americans who were expelled from Cuba were left holding titles and deeds to homes and businesses to which they had no access. Their property rights were dissolved, and any legal judgments obtained were unenforceable against an isolated nation that refused to recognize any authority other than its own.

Thousands pursued legal recourse and sought reparations under indemnification programs established by Congress. Others filed lawsuits and secured judgments. But Castro didn’t care. He repudiated the legitimacy of the restitution programs, the valuation of losses and the legal authority of the courts. This, even though Cuba admits their renegade nationalization was, and is, compensable.

So what, then, does Castro consider fair compensation? Judging from his payouts to other aggrieved nations, it is mere pennies on the dollar.

How do you value dirt?

In 1961, the U.S. Commerce Department valued American property seized by the Cuban government at roughly $ 1 to 1.8 billion. Nearly 6-thousand claims were legally certified. Other published reports placed the theft as high as $ 9 billion. But the truth is, it’s impossible to know –especially inasmuch as the value of everything plummeted the moment Castro took control of the island.

What would the same confiscated properties be worth in today’s dollars? $50 billion? $100 billion? How about nothing at all? Given how the Castro brothers have driven their economy into the ground, making Cuba one of the poorest nations in the world, valuation could be closer to dirt than dollars.

Which invites another question: assuming a monetary value could somehow be devised, how would Cuba pay for it? With the collapse of the Soviet Union, the Castros lost their financial benefactor. The island is blighted and broke. Even if it offered government bonds as compensation, are they worth the paper upon which they are written? How could they be secured?

Theoretically, it is possible for the confiscated property to be reclaimed someday by the original owners. But that would require a dramatic Cuban transformation from socialism to democracy where private property ownership is permitted. In a recent speech, Cuban President Raul Castro insisted Cuba would not renounces its core socialist ideals as part of the deal he negotiated with President Obama to renew diplomatic relations.

Even if some semblance of democracy were to be restored to Cuba in the distant future, what remains of the stolen property? No one knows how many of the private residences that were seized have been divided or fallen into decay. Some may no longer exist. And what of the current occupants? Would they allow themselves to be kicked out?

The same may be true of the many farms, industries and commercial businesses that were confiscated and have been put to other uses in the last 5 decades. Yes, they have development potential in an open, free market society. But, again, the future of Cuba is nebulous. How realistic is the return of these vast holdings under a continuing Castro regime?

What Obama should do

As a first condition to normalizing relations, President Obama should demand that all American victims of stolen property be compensated equitably. He is already obligated by law to do this under the Helms-Burton Act. But Obama has a propensity to ignore or overrule with impunity those laws he regards as misguided or inconvenient. This is one law he should follow.

A second condition should be the establishment of a commission of judges with legally binding authority to render compensation decisions. Several reparation models can be studied and replicated, notably the tribunal that dispensed claims in post-unification Germany.

Third, cash payments need not be derived exclusively from destitute Cuban coffers. A system of “user fees” on U.S. money going into Cuba could help fund the claims. Moreover, license and development rights in Cuba could be conferred in lieu of cash. It would help stimulate the moribund Cuban economy while compensating simultaneously the many American victims of theft.

Fourth, Obama should order that frozen Cuban assets be used for compensation. In 2012 alone, the U.S. Treasury Department seized $ 253 million in Cuban funds, slightly more than the previous year. It is unknown precisely how much frozen cash is available, but it could be enough to pay some of the claims fairly.

Fifth, and importantly, thousands of Cuban exiles living in America who were also victimized by Castro’s prodigious theft should be included in any negotiated settlement.

President Obama has the power and leverage to force the Castro regime to capitulate if Cuba wants to end the sanctions and restore economic relations. But so far, he has uttered not a word about a desire to do so.

And when it comes to negotiations with adversaries, Obama tends to give away the store.